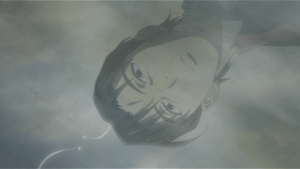 ERASED finale – At last Satoru is all there and thinking clearly– and what he realizes is that he’s already won. He won even before he ever knew who his opponent was.

Satoru wanted to be a hero, as his essay explains, not just to save the day himself, but to inspire others to heroism as well. He began to do that during his last time in 1988 by pulling in Kenya, then Hitomi, then the rest of their friends to start averting the murders. The payoff for that was that their friendship became lifelong and they pulled together to help him. But he also managed to pull in Yashiro.

Yashiro’s game was to get close to people and build trust so that he could then murder them or use them along the way. When Satoru started interfering, it was only natural for him to start working on Satoru by being understanding and helpful about Kayo’s situation. But he didn’t have to go quite as far as he did, tracking down Kayo’s grandmother and bringing her to collect Kayo. That was the moment of victory. Yashiro became an accessory to Satoru’s plans rather than the other way around.

It’s enough to frustrate Yashiro’s murderous urges for a time, but he’s far from redeemed– and I’m glad it’s that way, because this would have been a weaker story otherwise. Another thing I’m glad didn’t happen was some contrived way of keeping Kayo available to be a love interest when Satoru woke up. It’s fitting that she winds up with another former murder victim, and their child’s name literally means “Future”.

Well, that was amazing. That was wonderful. This is a strong contender to be the best thing in anime all this year. 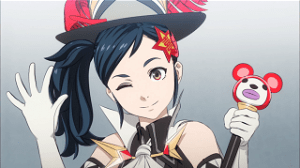 BBK/BRNK #12 – Migiwa Kazuki is the sort of person who believes in taking bold action without worrying about what other people will think of her, although maybe she should occasionally. I mean, if you plan to take drastic action to save someone’s life, it’s worth checking whether they actually want to be saved, especially if the saving involves lopping off their virtual limbs, turning them into an undead freak animated by an alien machine, and then locking them in your basement for eight years. Just sayin’, you know?

The plan to save humanity by deactivating all the buranki has also had mixed results. Removing the universal deterrent meant a return to conventional warfare, plus the parts of humanity composed of bubuki wielders have in many cases been tracked down and eliminated.

With several dead and/or injured and Treasure Island settling into its new home at the bottom of the ocean, it’s time to take a breather. No return date has been announced yet, but the usual pattern these days would be a one-season break, so I’d expect to see this again in July. 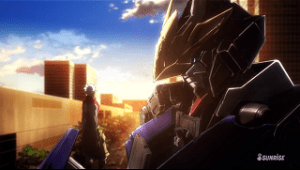 Mobile Suit Gundam: Iron-Blooded Orphans #25 – Tekkadan has finished its first job. Makanai has been delivered to the parliament in Edmonton and won back the prime ministership, and Kudelia finally gets her chance to negotiate a slightly better deal for Mars. They’ve fought everything from pirates to a regular army and won through more or less intact. Their reputation is made.

But Fareed is still out there consolidating his hold on Gjallarhorn, and Barriston and Gordon are checking out the situation for new corrupt moneymaking opportunities, and Makanai’s opponents are still around to plot a comeback– seriously, that’s the ending? Wait, no, it isn’t! That announcement at the end, which wasn’t translated on the Daisuki stream, says the show will be back for more in the fall.

In retrospect, the fact that most of the character-development subplots have been stalling the last few episodes was a sign that there’s going to be more story to tell. The temporary verdict is that it’s been a solid show, and I’d definitely recommend it to military sf fans. Let’s pick this up again in October. 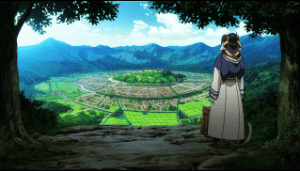 Utawarerumono: The False Faces finale – Oshutoru’s last desperate effort to stop Vurai allowed the power of his mask to literally consume him. Haku has finally found something he wants to fight for– to carry on Oshutoru’s work and restore Anju as rightful empress. So he takes up the mask, and he refuses to tell even the one person he can trust above all others, because if there’s one thing this story specializes in, it’s idiotic melodrama.

That leaves an ongoing war to resolve, plotters in the imperial court to uncover, and of course the little detail of actually raising an army and fighting against some of the Pillar Generals. I’d expect another season, if not for that big graphic reading “END” at the end. No resolution for you!

And the depressing part is that this episode, taken completely out of context, is mostly terrific. The art and the music are marvelous. It returns us back to where things started, with a traveller alone in fantastic lands and the promise of epic adventure. It stands as a reminder of all the wasted potential in this show.

It’s not like I’m that sorry to be able to stop talking about The False Faces, but this ending was an even bigger letdown than it needed to be. I won’t be recommending this to anyone. 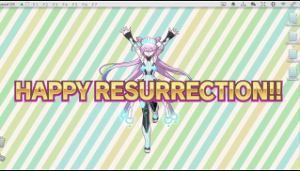 Active Raid #12 (finale?) – Just when Mythos has all of Japan at his mercy, our heroes lure him into a trap, provide him some information you’d think he could have uncovered himself, he changes his mind, the government’s hackers work some magic, and boom, everything’s fixed! The national databases are back in government hands, Liko is herself again, Haruka’s old enough to drink, everyone celebrate!

That was way too pat an ending for my taste. Active Raid was originally announced as a split-season show, meaning we’d be getting the second half starting in July, but it feels like they suddenly had to allow for the possibility that it won’t be back. There are plenty of plot threads that got dropped on the floor that could be picked up again– Bird is loose, the pickpocket is helping out the government computer experts, there’s the whole business about the Tokyo governor and his shady connections– but this could be it.

If that’s the end, Active Raid is a big disappointment. It’s gone from a knowledgeable and funny future-cop show to a mess of generic cyberpunk. I really hope it gets a chance to try again.