[SF in All the Wrong Places is a series I share here and there; this is one of those entries, slightly edited. Though it’s name suggests the final resting place of San Francisco in the Pacific after the 9.8 Big One finally hits, in reality I examine the sudden and surprising inclusion of science fictional elements into otherwise realistic TV, movies or comic books series. It could be a hard nosed, two-fisted detective suddenly fighting Atlanteans or robotic dinosaurs; or a boxer temporarily abandoning the ring for a trip around the moon. Such things were rarer in the days before STAR WARS and BACK TO THE FUTURE were granted licenses to print money.]

Digging around as I do in the musty nooks and crannies of science fiction history — if I was in academia, I’d call this research to cash in on any available grant money – you begin to notice when certain tropes previously only known to fans of the genre, suddenly become popular water cooler topics.

It’s a moment of consciousness or Sense of Wonder for every butcher, baker and candlestick maker.

“I check every can of Barbasol I buy for dinosaur embryos. I haven’t found any yet.”  — Ryan Lilly 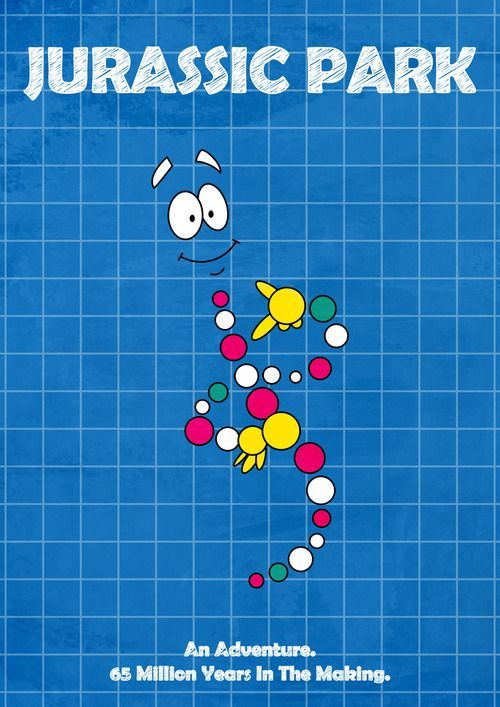 JURASSIC PARK, for instance, allowed even grade schoolers to grasp the basics of cloning. From the moment the Crichton-Spielberg dinos first hit the big screen, no book, movie nor comic needed to devote dozens of pages telling you how dinosaurs can be made from mosquitoes or McDonald’s hamburgers from GMO’s. All you needed to do was yell “It’s InGen!” accompanied by jazz hands and you were instantly in a room full of PhD’d geneticists.

In the 1930’s there was a sudden explosion in SF themed properties aimed at the multitudes who hadn’t previously heard of AMAZING STORIES or Edgar Rice Burroughs. Time travel, rockets, ray guns and robots were suddenly popping up everywhere, even pitching the wholesome goodness of bran flakes to moms worried about their kids’ regularity!

BUCK ROGERS, in 1929, had been the first to bring space travel from the pulps to every kid on the block. In space, everyone can hear you scream “Show me the money!”, so it wasn’t long before FLASH GORDON (1934) joined him in saving the universe. BUCK and his future tech moved to radio on November 7, 1932 (FLASH followed on April 22, 1935), but they were still primarily a diversion to keep the kiddies from stealing fruit off apple carts, and served merely as a gateway drug for a later addiction to Captain Nemo and Doctor Moreau.

The snowball hadn’t yet started the avalanche.

Universal Pictures’ FRANKENSTEIN (1931) and Republic’s KING KONG (1933) did their part in making “monsters good … scientists bad” a thing. But these were more about the screams and less about laser beams. Few were inspired by these films to debate the merits of Edison vs. Tesla and, luckily, even fewer were moved to dig up cadavers or haul damned dirty apes back to New York.

The floodgates were about to be opened, however, to make all that advanced technology and out-of-this-world ideas equally recognizable not just to kids, but to businessmen and housewives. It was a movement that would eventually send comic strip flappers and pulp aviators into space, and many other adventurers and cavemen bouncing through time.

The tipping point for all this seems to be — GENE AUTRY!! 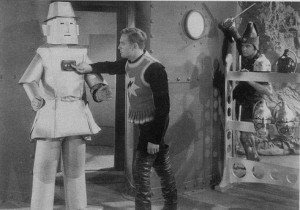 The Singing Cowboy had paid his dues and was finally making his first starring appearance in Mascot Pictures’ 12-part serial THE PHANTOM EMPIRE, which may occupy a limb on the family tree of the PHANTOM MENACE of STAR WARS or its own EMPIRE. 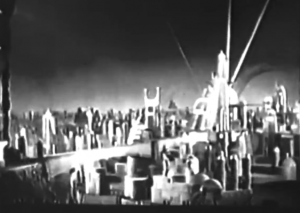 EMPIRE was a dizzying mix of singing cowboys and robots, six shooters and ray guns. The setting was split between a dude ranch and a futuristic city 20,000 feet underground.

To add to the drama in each chapter, Gene was given extra incentive to escape being vaporized by bolts of artificial lightning. He had to escape each deadly trap in time to air his radio show at precisely 2 o’clock every day or lose his contract and the dude ranch! Priorities, man. Priorities!

To pad all this to 12 chapters, he also gets framed for murder along the way — and the authorities amazingly never think to stake out his outdoor studio to catch him! — and the cast is expanded to include two plucky ropin’ and ridin’ kids, a comedic sidekick named Frosty (no relation to the Snowman), a visiting professor and an impatient, unforgiving queen who was an instructor at the Darth Vader school of minion supervision.

The MacGuffin here is a valuable motherload of radium that the protective refugees from Atlantis’ twin city of Mu, now making their home in the super-scientific underground city of Murania, want to keep away from the “surface people” because “they are fools … always in a hurry”. (That’s a fairly common motive; I know people from Maine who say the same thing about the rest of us New Englanders!)

The scriptwriters, disciples of the “baffle ’em with bull” story telling technique, blithely sidestep the fact that radium is an extremely deadly element, responsible for killing its discoverer, Marie Curie, her husband, and likely their mailman, trashman and anyone who stopped by the Curie household to swap recipes. It’s also rare, unlike what the movie suggests. Which is why that California Radium Rush never happened.

Six writers were required to pull this western / SF / musical together, including two who were moonlighting on the script of UNDERSEA KINGDOM, John Rathmell and Maurice Geraghty.

Disclaimer: Kids! Don’t do drugs! Unless you can be a script writer. Then, by all means … 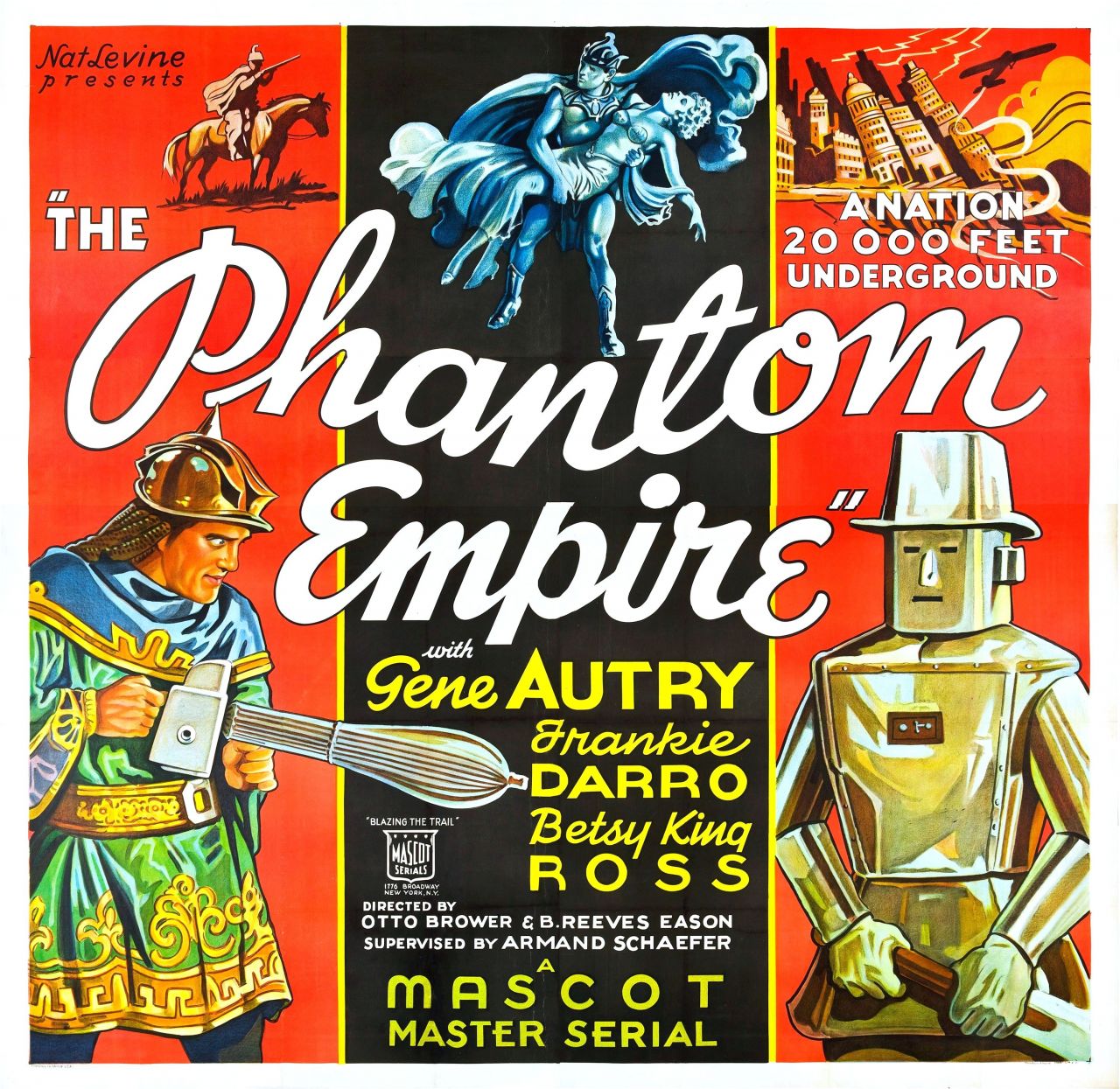 A year earlier, Mascot Pictures‘ president Nat Levine had asked MacDonald to create a serial that “invaded uncharted realms of imagination”. McDonald, however, was getting nowhere. Stumped, he threw his trusty Underwood across the room and decided to get a troublesome tooth pulled.

He later claimed it was while in an hallucinogenic state induced by his dentist’s nitrous oxide, that the solution came to him!

While drugged, he conflated two items he had recently read, a promotional flyer for the Carlsbad Caverns and James Churchward’s LOST CONTINENT OF MU (from 1931). The latter claimed to prove the existence of an advanced civilization that, like Atlantis, disappeared 12,000 years ago.

This, somehow, all makes perfect sense! One more bad molar and a copy of the works of Charles Fort and he might have figured a way to explain away how the surviving Mu-men ended up under a dude ranch in New Mexico after their continent sunk in the South Pacific Ocean …

“Originality is nothing but judicious imitation. The most original writers borrowed one from another.” – Voltaire

Along the way he created a comic strip, GENE AUTRY RIDES! The strip functioned primarily as an ad for Autry’s radio program, MELODY RANCH (“listen to MELODY RANCH tonight over WEEI” was a typical closing line on the comic page). MELODY RANCH was a Western variety show on CBS that debuted January 7, 1940, exactly one week before the strip. It was reportedly distributed by the Register and Tribune Syndicate, but the actual strips only bear the Gene Autry copyright. 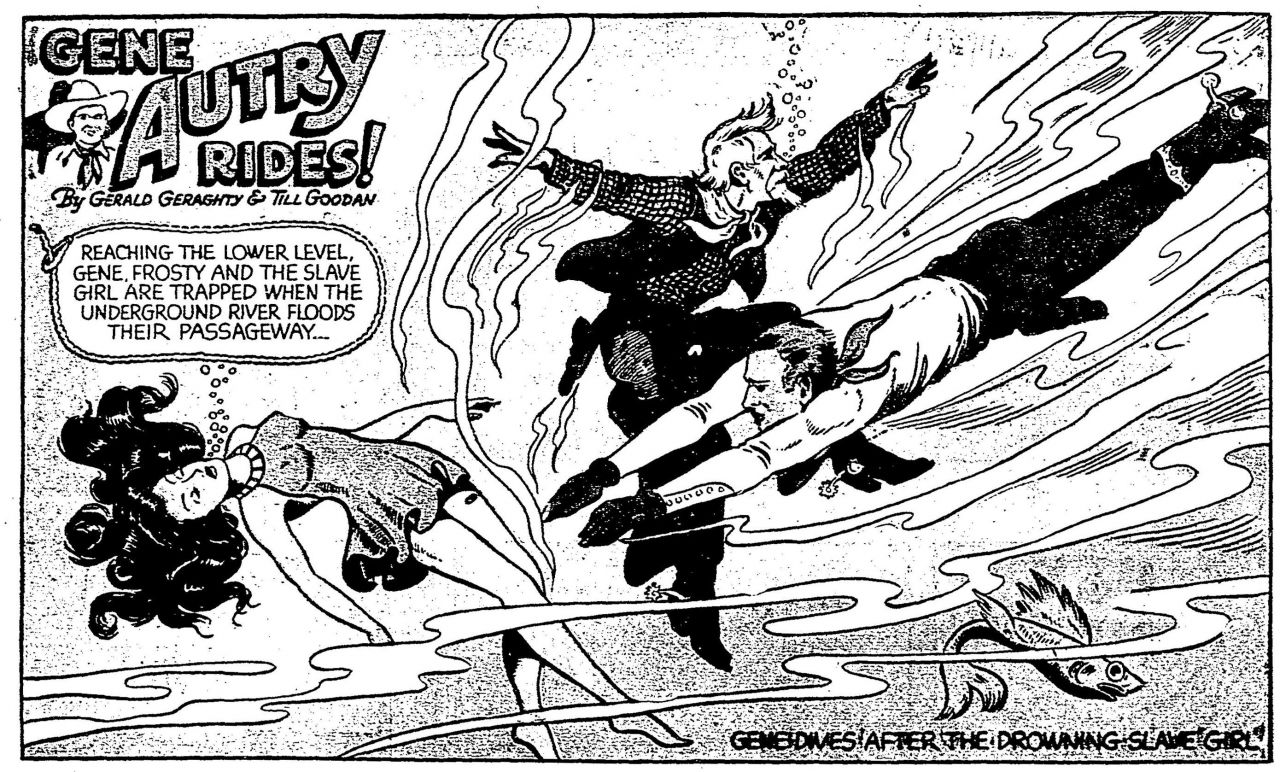 The radio show itself was identical in format to the one that Gene was so intent on airing every afternoon in PHANTOM EMPIRE despite hell, high water and Muranian despots. It featured music, comedy, and a short drama in every episode. As far as I can tell from the sampling of episodes on YouTube, though, there were no science fictional elements, not even uranium thieves or a spare lost civilization or three. Dammit.

But the strip did!

To remind you that, like Buster Crabbe, Gene was a SF hero, too, the strip returns you to those thrilling days of yesteryear (aka 5 years ago) and introduces another subterranean race and radioactive ore for your enjoyment, all presumably dreamed up without Geraghty dipping into his own private stash of laughing gas first.

The first two episodes are presented as a full page to set the stage but then it settles down into a serviceable half page, just enough space every week to show our hero singing a ballad on horseback as he rallies the troops for battle against the “Earth Men”.

The Earth Men live underground but are hooded, rather than helmeted, survivors of an ancient race. Their well preserved bodies had been recently revived by the healing rays from R-Y, yet another radioactive isotope whose half life was probably the same as the average stay at a dude ranch. Toss in another youthful pair needing rescue and the ubiquitous bearded professor (every ranch boss needs one) and our copycat cast is complete. Murania is replaced by a City of Ice with its own evil ruler whose sole purpose in his new life seems to be the eradication of singing cowboys.

This meandering story runs the full year and then Autry & Co. settle into a series of short RED RYDER-esque adventures before the strip rides off into the sunset on April 20, 1941. Some of these may have been adapted from the short plays on MELODY RANCH.

The radio show was more successful and after going on hiatus August 1, 1943, returned 2 years later for a long and profitable run.

But this was not the end of GENE AUTRY RIDES!

“The way sci-fi works, you can never die.” – Freema Agyeman

The artist, Till Gooden (1896 – 1958), would follow Geraghty’s lead and become a member of Autry’s creative stable, drawing the fictional version of him in Big Little Books, Christmas cards, comics from both Fawcett and Dell, coloring books and promotional material.

One of his entries at Fawcett, in GENE AUTRY #2 (dated September, 1942), is possibly from an inventoried Geraghty script, simply replacing Frosty with the new sidekick, Tumbleweed. 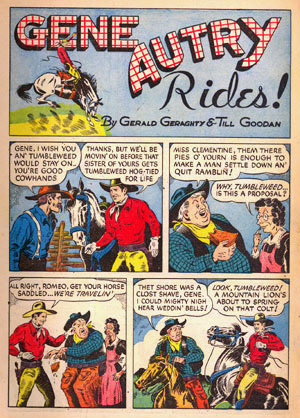 The entrepreneurial Autry would have another comic strip bearing his name in the 50’s, which seems to have used light science fictional elements as well — dastardly Commie spies and secret military rocket tests. I haven’t checked but I’ll take odds that this ranch is also radioactive.

Dell Comics, incidentally, had tried a slightly earlier Autry adventure entry in a half dozen issues of THE FUNNIES, in 1939. The primary story, The Ghost of Winter Ranch, was a Scooby Doo mystery set on a dude ranch and, naturally, also involved radium! The writers here were slightly brighter than those for the serial, because they knew that radium was bad for your health and worked this into the plot.

While science fiction pioneers Wells and Verne had defined the science fiction genres, it was left to an actor with a guitar to popularize radioactivity, super-science and ancient civilizations and begin the trend that would turn these and others into hot topics at the dinner table. Gene didn’t teach you the science, but with his star status he made the concepts acceptable and (more importantly) turned science fiction profitable.

And before you can say “spatio-temporal hyperlink”, there were so many popular travelers in time and space that Americans were ready for the concepts presented at the 1939 World’s Fair!

Which is another topic for another time.

I uploaded the entire comic strip series, all 67 Sundays in glorious black and white from the archives of the Boston Globe (plus one pint sized color version) to Mediafire. I also included the first page of the story from the Fawcett #2, which is all I could find, and 2 dailies from the 1950’s.