A winter blast of new anime series is coming your way in January!

It’s that time again already! While many people are relaxing and enjoying the end of the year, the anime industry is gearing up for yet another varied season of animated entertainment.

Here’s what they’re getting ready for sf fans. As always, click through on the titles to get to the official sites for more artwork and promo videos. 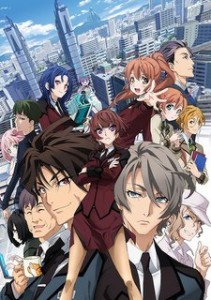 The premise: A ragtag bunch of misfits police a difficult section of future Tokyo using powersuits.

The buzz: The premise is a bit generic, but with director Goro Taniguchi, responsible for hits like Planetes and Code Geass, in charge, hopes are pretty high for a solid performance from this one. 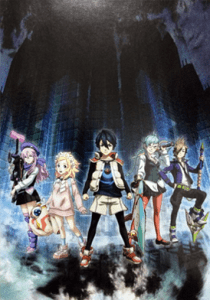 The premise: Kids with intelligent weapons welded to their bodies go searching for a legendary giant said to be sleeping under Japan.

The buzz: Huh? Well, the animation in the promos looks terrific at least. 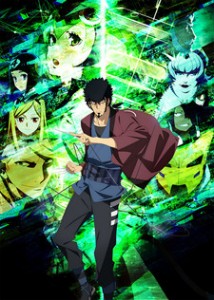 The premise: He’s a “repo man”. She’s a unique android. Together, they fight crime! …Also, it’s the year 2071 and society has been transformed by an invention that seems to allow limitless free energy.

The buzz: The story itself, meh. Could be okay. But it should be interesting to see what happens with FUNimation, one of the US streaming services, on the production committee. 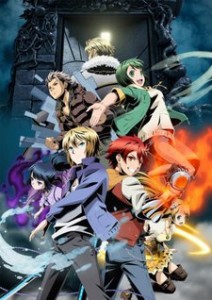 The premise: After a magical gate to heaven and the underworld opens, a group of kids are given the opportunity to go through it and try to remake the world. 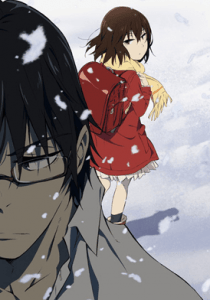 The premise: A manga author has an ability that lets him jump back in time to avert disasters. When his mother is murdered, he jumps backward to find himself back in grade school, just before a classmate disappeared.

The buzz: Extremely positive. Reportedly a very good manga, which has been placed in very good hands for the adaptation.

Grimgar of Fantasy and Ash 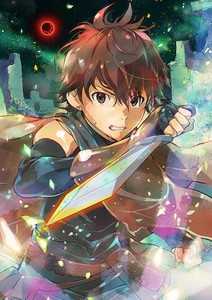 The premise: A group of misfit weaklings is dropped into a game-like fantasy world where they must form a party to survive.

The buzz: There are contexts in which this could sound like a fun story, but the promo videos are already going heavy on the light novel tropes, so this looks like a big NOPE. 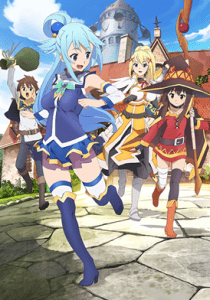 The premise: One solitary misfit weakling is dropped into a game-like fantasy world where he must form a party to survive.

The buzz: Look, yet another otaku fantasy about being surrounded by a harem of beautiful girls! Yay! Not. 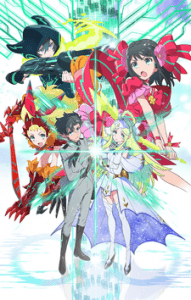 The premise: Spirits displaced from their own plane invade the human world, and our seemingly ordinary protagonist suddenly gains the power to fight them.

The buzz: Doesn’t look too bad, but not generating a lot of excitement either. 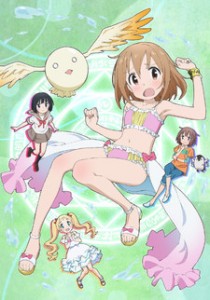 Mahō Shōjo Nante Mō Ī Desu Kara. (I’ve Had It With Being a Magical Girl.)

The premise: One day, a girl comes a across a strange creature digging through the trash, and it transforms her into a magical girl in a bathing suit.

The buzz: This sounds like it could be the start of something really creepy and awful. 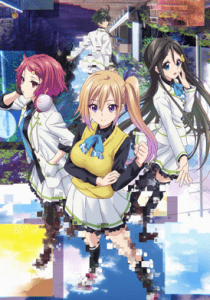 The buzz: Looks and sounds like about a million other shows that have already been made. Skip it. 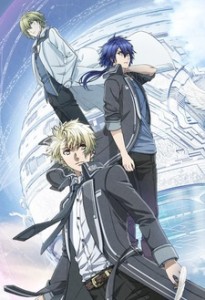 The premise: A boy from the near future finds himself in a floating ship above a world that looks like early 20th-century Japan.

The buzz: Visual novels, which fall somewhere between adventure games and Choose Your Own Adventure books, have a pretty good record in anime adaptations. Unfortunately, this one has three different playable heroines and a wider than usual choice of story paths, so it may be difficult to do justice to. 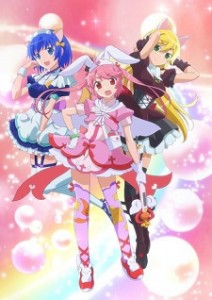 The buzz: The miniseries is remembered fondly for being entertainingly odd and silly. There’s a lot of hope for this if they don’t mess it up. 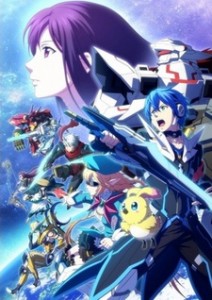 The premise: There will be a story set in the near future. It will probably involve fantastical battles, since that’s what the game is about, but the publicity so far has been coy about any details. 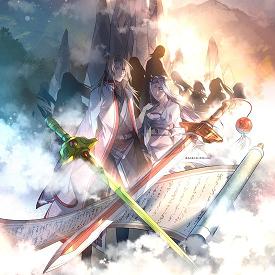 The premise: Comedy about a boy with the soul of a hero who is reborn every thousand years begining his education.

The buzz: This would sound really neat if it were a serious story. Anime fandom is not so sure about this as a comedy. 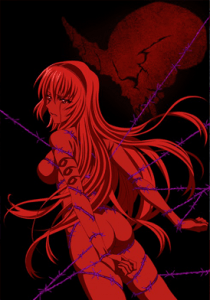 The premise: In an alternate 1983, East German special forces fight aliens which have taken over most of the world.

The buzz: Feelings are mixed about the earlier adaptation, and similarly so about revisiting that universe.

At only 15 shows this is lighter on sf than the last few seasons. Still, there’s plenty to be optimistic about. Personally, I’m most excited about ERASED— how about you?

A war long over is fought once again