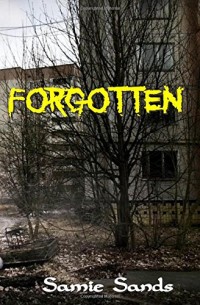 In this gripping sequel to Lockdown, in which a deadly virus has turned humans into zombies throughout the world, Ethan and Alyssa, two uninfected inhabitants of Britain outside London, hear a message over the radio confirming that the lockdown policy to prevent the spread of the disease has failed. They must get to the nearest airport to be evacuated. But when Ethan, a young man suffering from obsesssive-compulsive disorder, arrives at his local airport, he is too spooked by the vast numbers of people waiting for rescue to get on a plane. He turns away and takes his chances, heading to a small town nearby.

Alyssa does not hear the radio broadcast right away, and so arrives at the airport nearest her town only to find it deserted. She is forced to take shelter and come up with a new plan for survival. As she sneaks from place to place, she uses her wits to evade the wandering, infected zombie-like people, but often must fight for her life armed with an axe, or whatever she can lay hands on. At the airport she saw a note signed “E”, and as she makes her way to a nearby small city, she sees more and more messages from the mysterious “E”. With the aid of new companions she discovers barricaded in a church, she tries to find “E”.

Ethan and Alyssa are among the many people “forgotten” by both the virus and the rescuers. But Dr. Jones took the chance at evacuation, despite having to leave his wife and daughter behind. He soon finds himself pressed into service by the committee managing the rescue site, ostensibly a small island off the coast of Britain. Although he is only a microbiologist by profession, he is tasked with finding a cure for the AM13 virus. Dr. Jones decides to write extensive notes on his patients and their progression through the four stages of the disease. He soon becomes discouraged as he is unable to alleviate the suffering of any of his patients, whom he almost immediately starts calling “specimens”. He achieves one breakthrough when a specimen, a professor named Jason, who already has renal cancer, develops the symptoms of AM13 more slowly than any other person in the group. He is able to make friends with Jason, and plays chess against him to relieve his boredom. At last the committee in charge allows Dr. Jones his one request – to see his wife – but only after she has fallen prey to the virus, and does not recognize him. Dr. Jones and Jason mastermind a vengeful attack on the committee, using the specimens that are at the most vicious stage of their illness.

The final chapter, a chilling radio interview with the leader of the rescue zone committee, sets the stage for a dramatic conclusion to the Lockdown trilogy.

First-person narration of horrific encounters between the few healthy citizens – the forgotten – and the vast hordes of AM13-infected “zombies,” hairbreadth escapes and mysterious persons like “E” drives Forgotten along at a snappy pace. Ms. Sands contrasts these high-tension episodes well with Dr. Jones’ meticulous attention to detail as he tries to find, first, a cure for AM13, then a method to contain the infection, and finally comes up with a viable link between AM13 and cancer, the most-feared illness to afflict humans before the zombie virus. Her poignant portrayal of a land abandoned to gruesome death calls to mind the devastation caused by the Black Plague nearly seven hundred years ago, against which the humans of that time were just as helpless as their modern counterparts in Forgotten.