In my first post for Amazing Stories I discussed some of the difficulties Marvel Studios was having in transporting their characters and fictional organizations from the comics to the big screen. Mainly, I talked about continuance errors and the lack of a cohesive backstory for S.H.I.E.L.D. Since that article appeared online, several more movies set in the Marvel Cinematic Universe have been released, and I have noticed a new continuance problem in the endings of several of these new films. 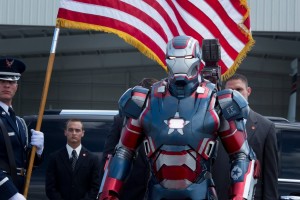 At the end of Iron Man 3, Tony Stark destroys his entire collection of Iron Man armors as a sign of devotion to his girlfriend. He also has corrective surgery to remove shrapnel from his chest, rendering the chest reactor that used to power his armors obsolete. The film ends with him chucking the arc reactor into the ocean and proclaiming that he will always be Iron Man, with a metaphorical tone of voice. Having discarded his power source and destroying his armor it would easily seem that he would no longer be Iron Man. Why else would there be a very emotional, dramatic ending to the film, right?

Fast forward to Stark’s next appearance in the recent Avengers: Age of Ultron. The film opens with the Avengers attacking the evil HYDRA in Europe, with Iron Man (Tony Stark again) dominating the skies. Not only has Stark created a new armor for himself, but he has also rebuilt his “Iron Legion.” Dialogue between the Avengers strongly suggests that he has been active as Iron Man again for some time, even though time-wise Age of Ultron takes place only a couple of years after the events of Iron Man 3. Furthermore, he and Bruce Banner have created many different world-defense mechanisms based on the Iron Man armors. Just as the arc reactor was rendered obsolete at the end of Iron Man 3, so too did the events of Age of Ultron render the whole ending of that movie obsolete. The whole purpose was to put an end to the story of Tony Stark as Iron Man, yet Age of Ultron disregards it completely. 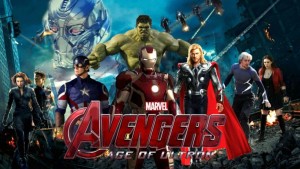 The same thing happens again in Age of Ultron. After defeating Ultron and his army of drones and preventing a floating city from causing global extinction, most of the Avengers go their separate ways. Once again Tony Stark appears to have abandoned his Iron Man persona and is contemplating retiring to the country and away from the public eye. Another Avenger who has left the team is Clint Barton/Hawkeye, whose secret wife and kids were introduced early in the film. There was a scene in which Barton’s wife is calmly telling him that she needs him, as their third child is on the way and that it is becoming harder for her to take care of the family herself. A final scene has Barton returning home, seemingly retired from heroics.

Although it is not due to be released until May 2016, it is already known that Captain America: Civil War is going to make the endings for those two characters obsolete, as well. Now not only is Tony Stark going to be a major character, but he is once again going to be coming out of retirement in a new suit of armor to lead an entire team of superheroes against Captain America. Hawkeye has also been announced to be leaving the comfort of his middle-of-nowhere home to join the superhero civil war. It makes little sense that Marvel would make these endings for these characters only to have them be contradicted when the next film comes out. 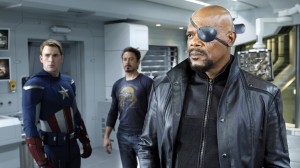 Captain America: The Winter Soldier gives yet another “false” ending for the character Nick Fury. At the end of the film he fakes his death in order to go after HYDRA incognito, with only Captain America, Black Widow, and Falcon knowing his secret. However, he appears at a very convenient time in Age of Ultron to help the team, and later shows up in a helicarrier with dozens of former S.H.I.E.L.D. agents to help in a dire evacuation. For a man who wanted to disappear completely off the grid he sure has failed miserably. At the end of the film, he is once again out in the open as one of the leaders of the new Avengers base, his faked death having been for nothing.

The ending of a movie is very important, especially in recent days when movies are beginning to be longer and longer. Viewers continue to invest two or more hours at a time to view these films, and after getting that much involved in the story a nice ending is needed to help the viewers let go and move on from the story. Just as the Marvel movies committed a crime against comics when they butchered S.H.I.E.L.D., so to do they commit crimes against moviegoers by giving them false notions.

I can only hope that as Marvel continues to produce their slate of movies and TV shows that they buckle down and prevent any more continuance problems from popping up. If the rumors are true and Captain America is killed off in the Civil War film, he had better not show up at the beginning of Avengers: Infinity War Part 1 as if he had never died.