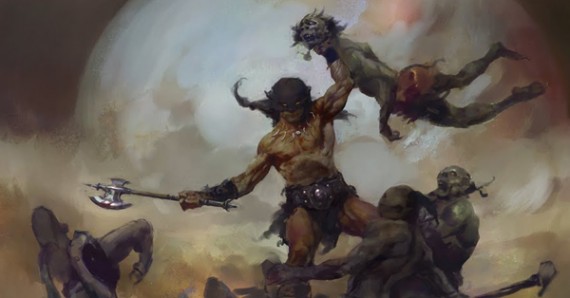 Where Have All the Fantasy Artists Gone? Part three.

Never before has fantasy and science fiction been more popular at the movies and on television. Audiences regularly marvel at Hollywood’s version of science fiction  and fantasy. The industry touts the talent of the effects artists, but rarely do they give a nod to the artists who actually come up with the initial images which are then rendered into CGI spectacle. This week I’m going to pull back the curtain and show off the work of the concept artists.

And I don’t really have to pull the curtain back very far. Film concept art is being given a showcase on the internet in a way that it never has before, to the point where it has become a vital driver of a film’s success. More on that later, though.

The concept artist has traditionally been an unsung hero in Hollywood. Just as the screenwriters get little or no attention from the general moviegoing public, the work of the concept artists traditionally did not get a wide viewing audience. The movie makers themselves and other movie industry insiders would have access to much of this art but it was never meant for wide public distribution. The concept designer’s work was like a preparatory sketch before the final masterpiece of the finished film. Little or no effort was made to preserve this artwork, which is a shame because some of it is absolutely amazing.

Take the film Forbidden Planet, for instance. An sf classic, the 1956 film was a retelling of Shakespeare’s play The Tempest in a science fiction setting. The film began with Irving A. Block, a writer and an artist. His early screenplay and concept paintings are part of what sold the concept to MGM. Indeed it was Block’s vision of the film that shaped it more than nay other factor as his early concept art demonstrates. There is much praise for the artwork of the matte paintings and backdrops seen in the film but it is the unseen art, Block’s production painting more than anything else that cemented the final look of the film. 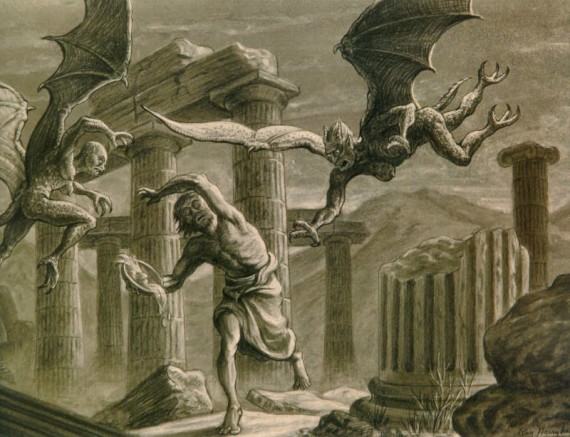 I have written before about the concept paintings of Ray Harryhausen. Harryhausen has been celebrated for his genius as a stop-motion animator but it is in his concept drawings and paintings where one can clearly see that he was the driver of the final look of each of his pictures. His talent as a special effects artist usually overshadows his talent as an artists but his concept work is among the most important and some of the finest fantasy art of its day. 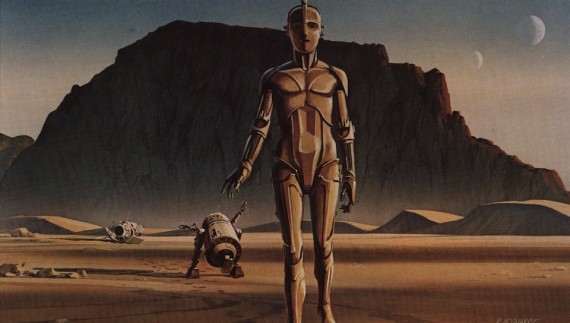 The concept artist as unsung hero began to change with one film. Star Wars was written by George Lucas, but Lucas had the perspicacity to hire artist Ralph McQuarrie to solidify his vision of a galaxy far, far away. It was McQuarrie’s beautiful pre-production paintings that more than anything else fired the imagination of studio executives but also of the general public. McQuarrie’s production art was printed in a number of magazines, most notably Starlog Magazine, giving them a far wider audience than any production art ever had.

Today, with the internet connecting fans and film producers like never before, concept art can be seen everywhere. Usually it won’t appear until after a film is released. Concept artists are often under embargoes to keep their work under wraps until such time as they cannot effect the performance of the final picture, but even that is changing. 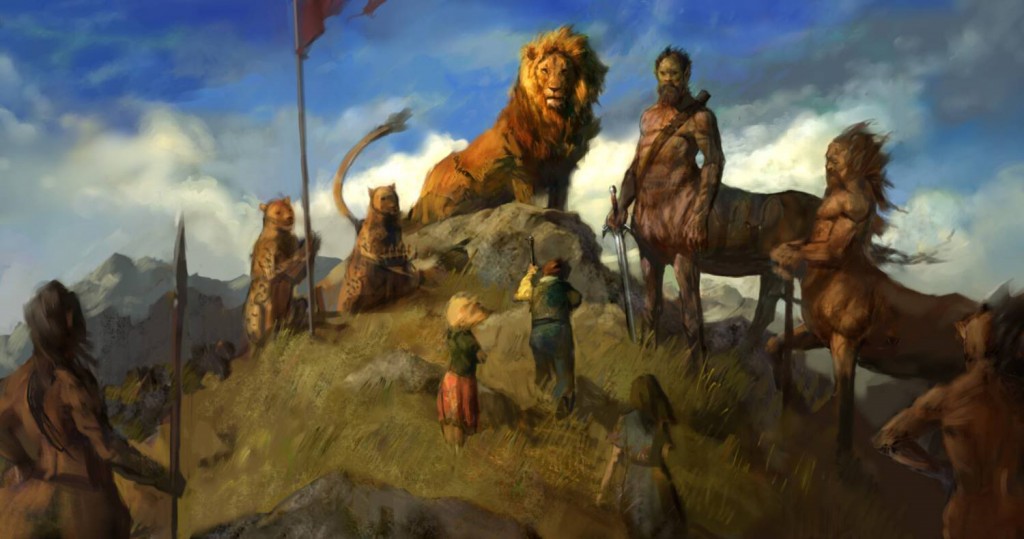 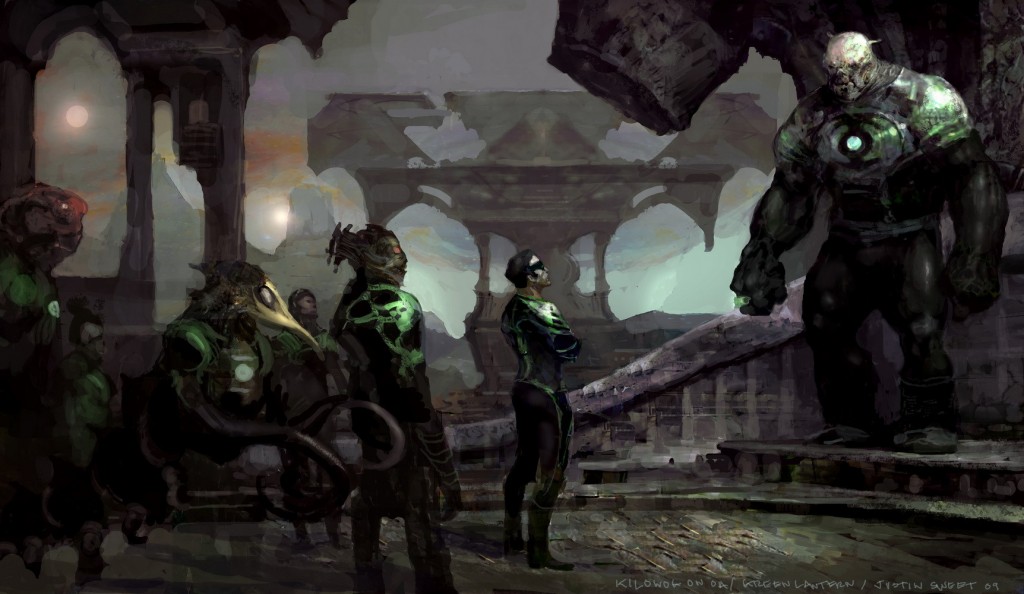 Justin Sweet is a fantasy artist whose work has driven the look of several fantasy films. His concept paintings for films such as The Lion the Witch and the Wardrobe, Snow White and the Huntsman, Green Lantern and The Avengers have put him at the top of a very competitive and very lucrative industry. Sweet is in demand as an artist but more than that it is his artistic vision that helps guide the film from page to screen. The importance of that cannot, I think, be overstated. 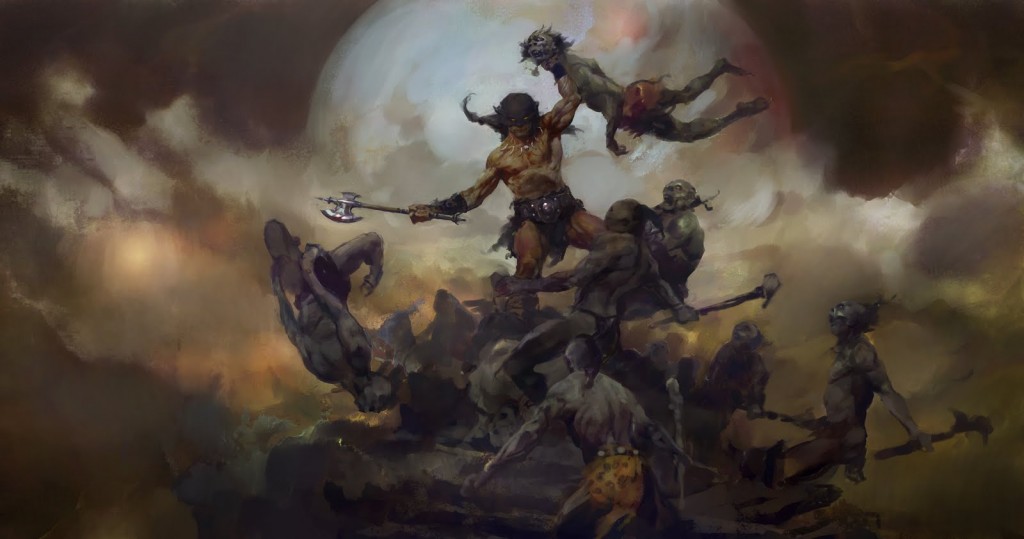 But here’s where the concept art comes out from behind the curtain. Filmmaker Robert Rodriguez wants to make a live action version of Ralph Bakshi’s Fire and Ice, an animated film made in collaboration with Bakshi and legendary fantasy artist Frank Frazetta. To generate interest in his projects Rodriguez sought out Sweet to come up with concept paintings. Sweet was an obvious choice because his work, more than many others has a Frank Frazetta “vibe” to it without being a direct swipe. His series of concept paintings for Fire and Ice set the internet on fire (pardon the pun), generating fan excitement and that all important intaginble of movie promotion: “buzz”. 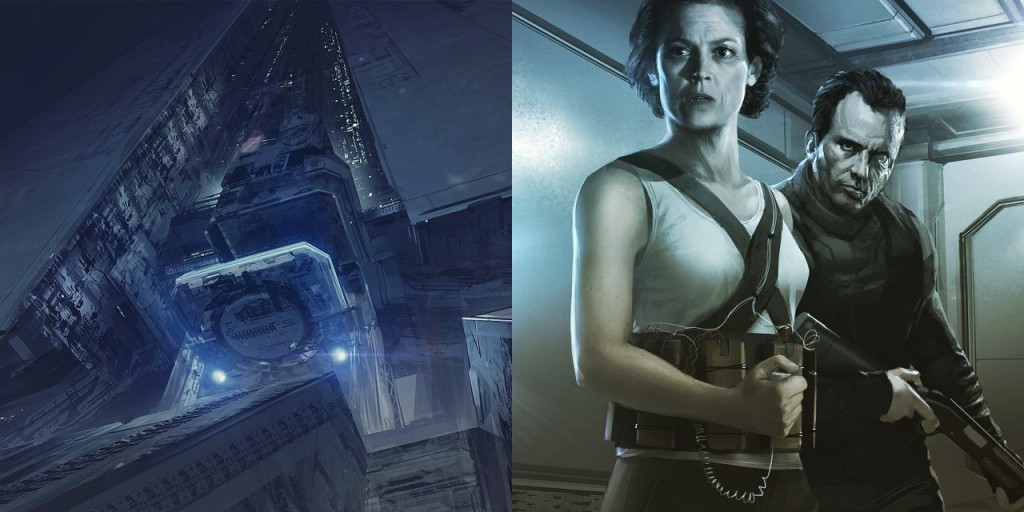 Recently filmmaker Neill Blomkamp, who was responsible for District 9, Elysium and the recent Chappie, posted his concept art for a proposed Alien sequel. It was just his idea of where he would have liked to see the franchise go, as opposed to the Ridley Scott directed Prometheus. Surprisingly (or perhaps unsurprisingly) science fiction fans blew up the internet reposting the concept art, generating a massive buzz, to the point where now it looks like the studio producing the Alien films have taken notice and are in talks to produce Blomkamp’s version.

Film concept art is powerful and now, because of the internet and social media, this artwork is in front of the viewing public to a greater degree than ever before, to the point where a powerful concept piece can fire the imagination and drive others to help make it a reality.

And that is as good an indictment of the power of the visual image an any that I can think of.

Next week I will highlight fantastic art that is not associated with comic books or Hollywood, but nevertheless is finding an audience wider than any in the past.