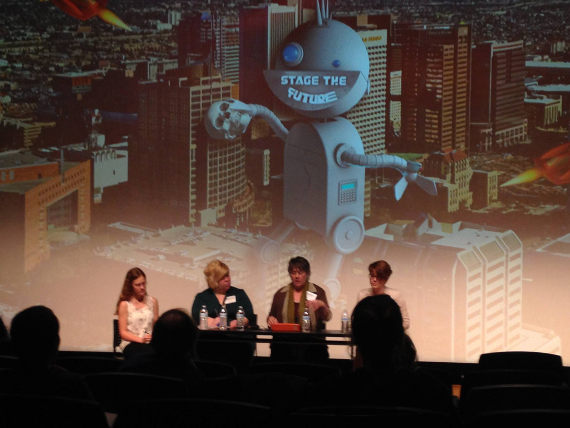 Just a few weeks ago, Stage the Future made its return to the conference halls –  this time at ASU (Arizona State University). Practioners and Academics (by no means mutually exclusive) populated the stage and gave us great ways of exploring an artform that has been working busily behind the scenes compared to the Film, the Televisual series and the Novel. The conference, originally organized by myself and Christos Callow Jr., started off in London last year, so for us to join forces with Boyd Branch and Erika Hughes as well as Carrie Cole and Carol Stewart was an amazing opportunity to take the conference on tour.

Being a perpetual Londoner, this was a fantastic opportunity for me to learn of the different styles and approaches from all around the world. I was fortunate enough to meet theatre companies such as the Science Fiction Theatre in Boston, the Orange Theatre company as well as Director/Writer/Artist Jay Scheib, Artist Catherine Young, Animator/Designer/Multimedia Artist Miwa Matreyek, as well as some excellent critics/academics/artists/musicians/stormtroopers (only the one Stormtrooper and his paper was fascinating!). Of course, it was also a fabulous opportunity to talk about my practice and my SF Theatre company, Stars or Mars.

However, there was a particular theme that ran throughout the conference – and that was of marketing. What would we call the genre and form that we had joined together to celebrate? Science Theatre, in comparison, has bloomed – we have Copenhagen, Arcadia, Oxygen, Proof, Einstein’s Gift, Fermat’s Last Tango, The Effect, Incognito. This list is not exhaustive by any means. Over here in the UK, the new play Oppenheimer is on at the RSC (Royal Shakespeare Company). Tom Stoppard (of whom I’m a bit of a fangirl) has struck gold again with a new play about consciousness, The Hard Problem. If we are to think of a Science Fiction play, we usually start with R.U.R and then branch off into adaptations. That is, assuming that a play from 1920 about robot revolution (the one that coined the word “robot”) has made its mark into cultural history as strongly as Insignificant, for example (found another science play there). 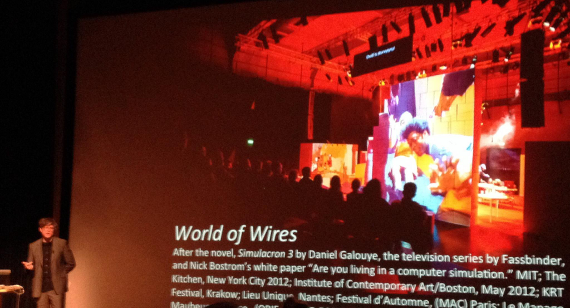 What I found particularly interesting is the label of Geek Theater. It’s not something I’ve encountered in the UK but there have been reference over to it in the States. What differentiates the two? What interests me is that the superhero franchise has been booming for a while – yet I haven’t heard of Geek Film – it’s usually under Science Fiction with the geekiness undertones, which is not a negative thing by any means. However, what does it mean?

When it comes to my company and the work that I do, I’m not very discreet about the label. I often refer to myself as an SF playwright and Stars or Mars is a Science Fiction Theatre company. It’s in our description. I often get asked a number of questions about this – I’ll list the most popular ones asked:

– Do you only write Science Fiction?

– Have you ever thought about writing an ordinary play?

– Do you write plays about Zombies? (this one always tickles me, I’m just not a zombie person I’m afraid)

– Are you hoping to break into SF film?

– Why did you call your play SF? 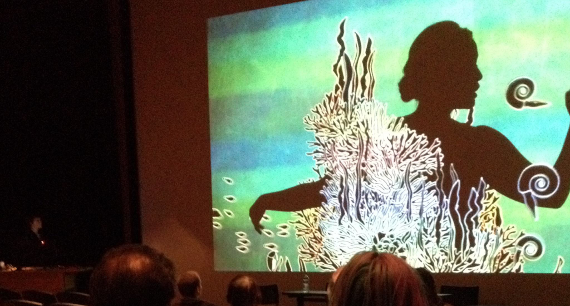 I’ve been told that the label may put off potential audiences, which does sadden me in some ways. I think to Samuel Delaney and his explanation of SF as a mode rather than a genre, that we engage a set of reading protocols to decipher that a text is SF rather than metaphorical. That the images we see or the words we hear/read are literal rather than metaphorical. One of the examples he gives is that “her world exploded”, which can either be figurative or literal, according where you land on your genre.

So is SF is a genuine term everywhere else, why isn’t that the case for Theatre? Is it the fact that stage plays of SF are usually linked to comedy and parody, where in fact SF has become more serious and dystopic? I wouldn’t rule out comedy/parody in terms of delivering a message (although I’ve been leaning more dark/thriller in my writing for a while now) and I don’t think it’s necessary to rule out a whole field of blossoming practice.

Stage the Future 2 was held from the 6th-7th March 2015 at Arizona State University.