Home Writing What Indie Authors Should Know for 2015 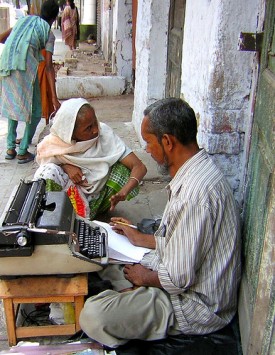 As we enter a new year in writing and publishing, I thought I’d review some interesting statistics and observed trends over 2014 made by those poised well in the industry.

In July 2014, Publishers Weekly revealed some interesting statistics from various surveys and studies worth considering.

The article was based on two recent surveys: one by best selling indie author Hugh Howey; and the other by Mark Coker, founder of e-book distributor Smashwords.
Publishers Weekly cited Hugh Howey’s Author Earnings Report, in which he claimed that “the report comes to the conclusion that the indie movement in literature is not a blip and not a gold rush.” It is definitely here to stay, said Publishers Weekly. Here’s what they summarized:

Publishers Weekly contended that “what is clear is that strong indie sales will continue and indie books are now a significant and permanent part of the book publishing landscape.”

Coker’s survey revealed that the 99¢ ebook was no longer “the sweet spot” for e-book pricing. In his 2014 survey, Coker determined from aggregated retail and library sales data of Smashwords books, that:

Coker is quick to point out that this analysis is based on his own interpretation of the findings, and should only be used to provide authors with possible clues to help them make informed decisions about how to market their own unique books.

In an excellent article, summarizing 2014, award-winning author Kristine Kathryn Rusch summarizes what indie writers learned in 2014. She prefers to use the terms indie-writer and indie-publishing over self-publishing, “because so many writers who are not with traditional publishers have started their own presses. It’s not accurate to lump all writers who are not following the traditional route into the self-publishing basket any longer, if it ever was.” This is an interesting acknowledgement and considers a movement by established authors toward a different publishing model, including hybrid publishing.

Rusch’s rather pithy article suggests that writing and publishing “is hard”, no matter what model you use. She adds that if you don’t learn to love the business side of the industry, “self-publishing can be a soul-sucking experience.” Rusch is quick to add that business destroys the dreams of many writers. “If you don’t learn to love business, you’ll get destroyed in traditional publishing. It’ll just take ten years, where in self-publishing, it’ll take less time.”

Read her section entitled “Achieving Real Success is Hard” for an insightful and candid study of “success” in writing and publishing.

Read Rusch’s section entitled “The Gold Rush is Over” for an excellent reality-check of the indie publishing industry.

“The days of slapping something up and making a lot of sales were gone by the end of 2010. But the rumors persisted and a lot of people got into indie publishing expecting to get rich…You are not entitled to fame and riches just because you published a book.”

In his blog post of November 2014, Mark Coker said:

“The gravy train of exponential sales growth is over. Indies have hit a brick wall and are scrambling to make sense of it. … Some authors are considering quitting. It’s heartbreaking to hear this, but I’m not surprised either. When authors hit hard times, sometimes the reasons to quit seem to outnumber the reasons to power on. Often these voices come from friends and family who admire our authorship but question the financial sensibility of it all.”
To Coker’s comment Rusch adds, “I’m pretty sure more writers quit than survived publishing in 2014, but that’s because more writers always quit than survive. As I said above, the entire profession is hard, and for those people who want to get by without working hard, this profession is not for them.”

Rusch sums up, again rather pithily, eight things indie writers learned (or should have learned) in 2014:

Writing and publishing is a collaborative effort. Take pride in your work. Embrace your passion for writing. Treat everyone in the industry with professionalism and respect, and above all else, enjoy the journey. It’s worth it.

Oh, and last but not least: ensure you get your work edited by a professional!

(Editor’s note:  Nina’s posts usually appear on Wednesdays and she will return to her usual schedule next week.)