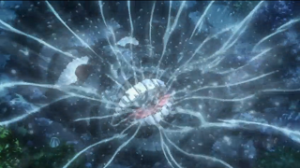 JoJo’s Bizarre Adventure: Stardust Crusaders semi-finale – In a well-written group of heroes, everyone’s got to take a turn being the slow one. So it’s Polnareff who catches onto a way to stall for time this week, and Jōtarō who needs it spelled out to him.

Finally, 21 episodes after setting out from Japan, our heroes finally pull themselves onto the shore of Egypt. One last educational speech from the narrator, and then it’s time for the mid-show break.

Overall first-half thoughts: This is a terrific show. If what you want is some old-fashioned good-guy vs. bad-guy action without all the darkness and angst of the modern action movie, there’s nothing better available right now. All the scenery and cultural education is a bonus. This is like if someone crossed a Michael Palin travel documentary with Indiana Jones. I’ll be happy to pick this up again in January. 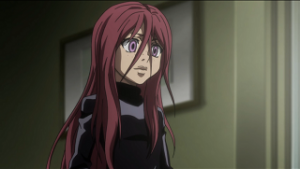 Hunter x Hunter #147 – Gon’s former mentor Kite, remade into a new body by the Chimera Ant Queen, has now taken up counseling the other survivors of the Chimera Ants. Which leads to one of the longest speeches of the entire show as a former Ant soldier reflects on his time as a human and as an Ant, and his conversion from strict atheism to something like Buddhism.

Koala’s affirmation that “No matter how much it hurts, I’ll go on living” will have particular resonance for long-time fans of Hunter x Hunter. The manga on which this show is based was begun in 1998 and hasn’t finished yet, partly because of hiatuses due to the author’s health problems. The gaps have become more frequent and longer over time, with the most recent one stretching to two years and just ending this past June. Koala’s speech appeared shortly before that last break.

So Kite counsels both Gon and Koala to keep trying their best, and then Gon parts ways with Killua. The core cast has changed over time, but there’s always been Gon and Killua. Now it’s just Gon, off to have a talk with his father in the final episode. It’s a good place to end. 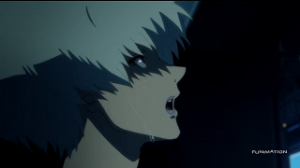 Terror in Resonance #9 – Five’s life story so far: She was orphaned in Japan, collected for the Athena Project, and subjected to a medical regime that killed most of the kids she knew. When Nine and Twelve escaped, she tried to keep up but lost her chance. When the project was shut down, she wasn’t set free, but just appropriated by another government for its own ends. Nine and Twelve have had seven years of being outside, having a taste of normal life, and Twelve has even managed to form a real emotional connection with another human being. Meanwhile, Five is being forced to hunt down her crush, and she’ll probably never even get to talk things over with him before they both die.

Even though she barely appears in this episode, it’s really about who she is and why she does the things she does. She’s testing the limits of what the FBI, ISA, or whoever her handlers are will allow because she feels no real loyalty to them. She saves her worst for Lisa because Lisa has what Five thinks she can’t have.

You get the sense that Five is trapped, and she’d be willing to stop what she’s doing if she could find a way out. Especially if Nine could offer it to her. Which he probably can’t, being a bit busy at this point. 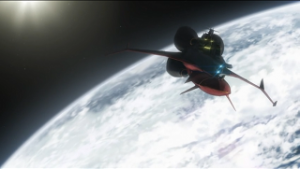 #11 – The final redoubt of United Earth is under attack. Is this the end… oh, there’s no point in wondering, is there? Because you know that Inaho is going to come up with the perfect attack plan, and Yuki is going to complain about how crazy and reckless it is, and then it’s going to go ahead and work fine aside from the odd unnamed redshirt getting killed. Really, is there anyone left on Earth’s side who isn’t there to be shown up or rescued by Inaho, or just be part of the Greek chorus of praise for his talents?

Oh, right, there’s Edelrittuo! Who claimed to be fully qualified to pilot a mech a few episodes ago, and now proves her mettle by driving a Humvee through heavy enemy fire to drop the princess off at the Deucalion. What the heck kind of training has she had, and why didn’t the royal family see fit to give some of it to Asseylum herself so she could take care of herself a bit better? Edelrittuo gets my vote for Most Likely to Turn Out to Be an Alien Emissary Here to Judge Humanity.

The cost of the last desperate gamble is high, with the Deucalion making a fatal crash into Saazbaum’s Landing Castle with all hands aboard. Unless it turns out next week that some critical part of Deucalion‘s descent was skipped over, and actually some of the named characters made it out okay, and Asseylum will be available for the final confrontation. What are the odds, with this show…

The episode title, “Wind, Snow, and Stars”, may be a shout-out to the book Wind, Sand, and Stars by Antoine de Saint-Exupéry. Except, that’s not it’s original title, just the English (and maybe the Japanese) one. The actual title is Terre des hommes (Land of Men).