From legendary swords to frost giants, Norse mythology has made deep inroads into genre fiction. 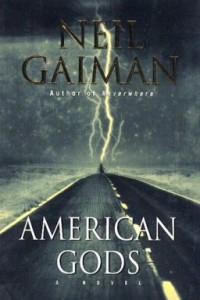 I have been on a Norse god kick lately. I am currently reading Harry Harrison’s One King’s Way, the second book in an alternate history trilogy where an alliance of English reformers and a religious order of Vikings build an empire in northern Europe. I read and enjoyed the first book, The Hammer and the Cross, and like the “medievelpunk” aspect of the story as the protagonists make use of new (but plausible for the era) technologies and deal with modern concepts such as civil rights and religious tolerance. The series, however, has a lot of moments that could make it fantasy that include visions, prophetic dreams and supernatural encounters that all suggest that Norse pantheon exists and interacts with the world.

Before that I had just finished reading Neil Gaiman’s American Gods, a book I never got around to reading when it first came out and became even less interested in reading it due to all of the hype out of fear that I would be disappointed due to high expectations. With the news that Starz would be adapting the book, however, I decided to give it a chance and was happy to find that I enjoyed it. The book follows our hero Shadow who is released from prison and finds his world turned upside down when he learns his wife is dead. He takes a job from a mysterious “Mr. Wednesday” who introduces him to a variety of characters who all seem to be based on the myths of the many cultures who at one point or another came to America and were worshiped there. Without followers these deities are weak, but not dead yet, unless of course the new American gods of the Internet, television and conspiracy theories have anything to say about it. In case you haven’t guess already, Mr. Wednesday (Wodnesday) is actually the old Norse god Odin.

Reading these two books got me thinking: there is a lot of Norse mythology in genre fiction. The god of thunder himself, Thor, has appeared in three mega-successful films in the Marvel cinematic universe (with a fourth on the way). Tolkien’s Lord of the Rings and Rowling’s Harry Potter series both use elements from Norse mythology. The TV show Vikings remains popular on the History Channel and popular genre shows like Stargate SG-1 and Game of Thrones have characters and people inspired by the myths. Even my favorite online entertainment company, Rooster Teeth, has a character in their anime RWBY based on Norse mythology. These are just a few on the many examples of how Northern European myths have become interwoven in our entertainment.

But why are these tales so popular? I can think of a few reasons. First, Scandinavia was one of the last places in Europe to be Christianized. Thus even though Norse mythology was not as old as Greek mythology, because it took longer for the people to give up on their traditional beliefs, there were still more records of them than say Celtic or Slavic mythology. Second, Norse mythology appeals to our love of fantasy adventure with its powerful gods, brave heroes, beautiful women and dangerous monsters. Beings central to epic fantasy (elves, dwarves, trolls, giants, etc.) are all founded on the Norse mythos. Finally, the apocalyptic concept of Ragnarok means that even the gods can die, as they often do in the comics. I think this also works with the general pessimistic view most society has on the future, which is reflected in many genre works of today. 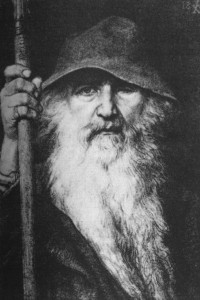 The problem is I could easily be wrong about all of the above. Most of what I know of the Norse religion comes from what popular culture has taught me, not from any real study of the subject. The vision of the bloodthirsty warrior/explorer that is central to our idea of the memory of the Viking, is almost immediately dispelled by some quick Internet research. For example, did you know Vikings had pretty progressive laws for the time regarding the treatment of women and were known for their cleanliness? As for being warriors, we need to remember that they never were able to make their colonies in North America permanent due to Native American attacks, who at the time were still not as technologically advanced as this early wave of European colonists. Even the Norse religion itself may be partly fabricated because most of what we know of the religion wasn’t written down until after Scandanavia had converted to Christianity and thus elements of that religion may have been intentionally inserted into the mythology we know today.

Does it matter though? When boiled down to its core, genre fiction uses well known archetypes and plots to present entertaining, and morally instructional, stories to an audience. Even if Norse mythology as we know is a relatively recent invention with little basis on the real religion practiced by Northern European pagans, that just means that it could be a Medieval version of genre fiction. Much like those writers were inspired by stories they learned to craft epic tale of heroics, so to do modern authors build on what came before with tales of ray guns and aliens standing in for the legendary swords and frost giants.

A supernatural murder mystery is probably the best way to describe “The Case of Charles Dexter Ward“, the short novel by H.P. Lovecraft. Published after Lovecraft’s death in 1941, this tale combines tropes from horror, weird fiction and detective mysteries and is a must read for any fans of those genres. Set in the early […]