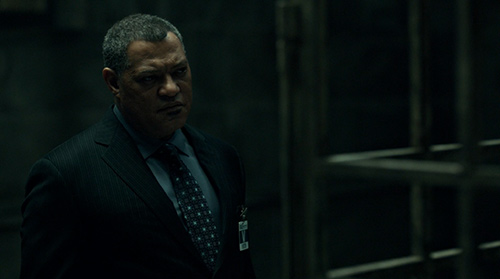 I feel like it’s not a theory anymore: when people go to see Will, they are shot behind bars if they don’t know that he’s innocent, shot free of the bars if they know the truth. In this opening scene, Laurence Fishburne’s Jack Crawford is shot in both ways; here, he’s finally seriously considering that the story Will has been telling is true. 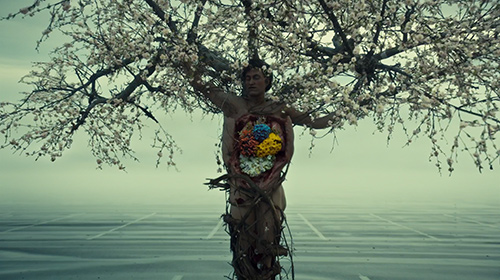 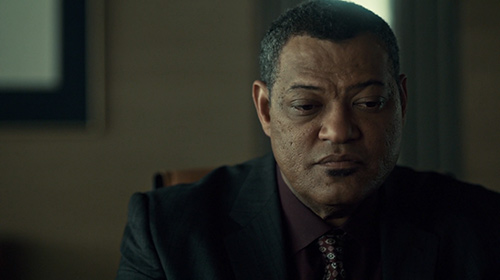 Another symbol of knowing the truth: as with Dr. Katz in episode 2, as Jack truly starts to believe in Hannibal’s guilt, his head is backlit, a light literally going off for him. 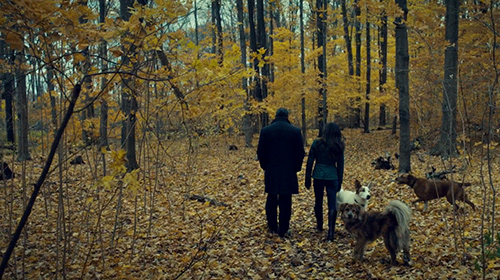 Hannibal‘s primary and most heralded visual signature is its presentation of violence. However, the show is equally adept at simply staging scenes that seem transplanted in whole from our world into the world of the show. I mean, look at this fall scene. How many of us feel that we’ve walked that exact path, that we can hear the leaves moving in the breeze, taste the cold of the air, smell the dirt? I do. That’s a deeply effective bit of realism. 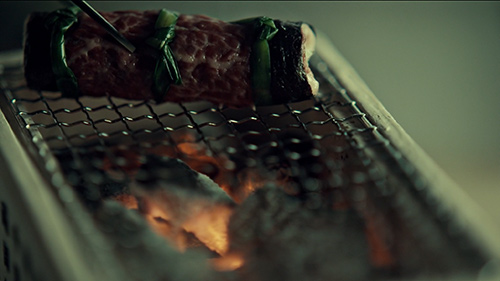 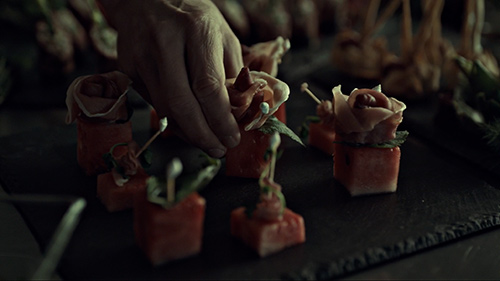 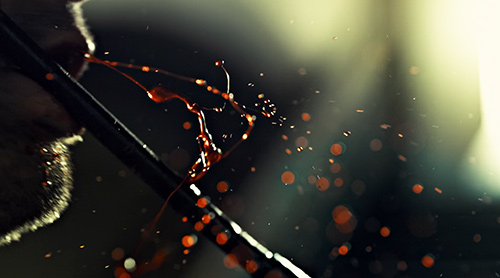 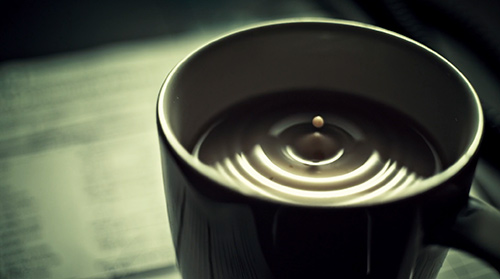 And it’s not just food which is lavished with such attention to detail, such beauty. Look at the spray of blood in the first image, the rings of coffee spreading from the drip in the second. No other current TV series pauses so much to linger on the small details that, even though they aren’t operative to the plot, flesh its world out into a recognizably tactile place. 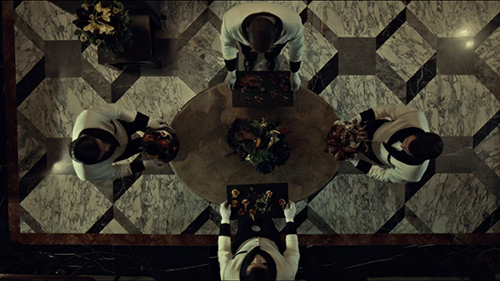 Another instance of the beautiful symmetry and geometry of Hannibal‘s compositions. 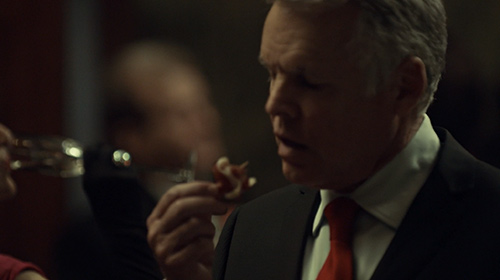 At a dinner party at Lecter’s house, we’re led to believe that the guests are eating human meat. This shot reminded me of William S. Burroughs explanation of the meaning of the title Naked Lunch: “a frozen moment when everyone sees what is on the end of every fork.” 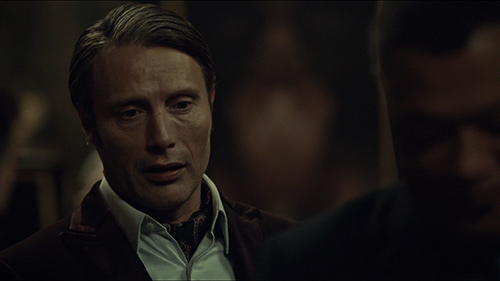 For such a composed man, such a self-assured monster, this is the first time I can remember seeing Hannibal worried, unsure. This comes at the first moment when he realizes that Jack Crawford may be starting to understand the truth. 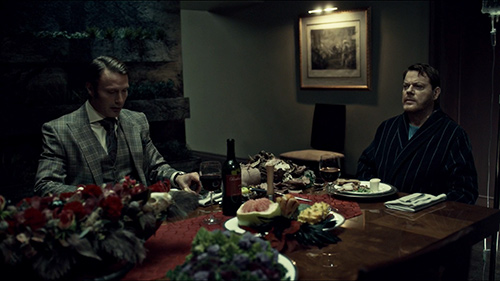 Divorced from its context in this series, this scene appears to be simply a genteel, sophisticated dinner party. As it unfolds, and as you think about it, it reveals itself to be perhaps the most disturbing thing I’ve seen on TV. The main course, inevitably, is a human flesh—taken from Eddie Izzard’s character’s leg. He’s being sat down to a dinner where he will have to witness parts of himself be eaten. It’s almost impossible to keep the sheer horror of the situation, let alone any identification with the character, in mind as the scene progresses. It’s simply too much. 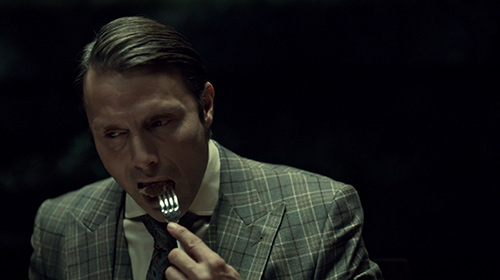 And then it gets worse: Hannibal eats part of Izzard’s leg while he watches. 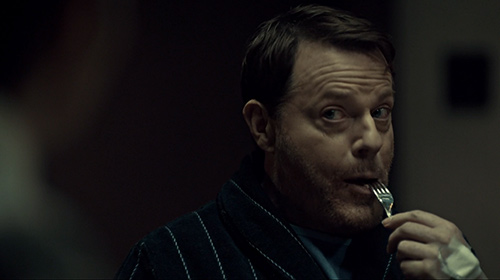 Worse yet: Izzard eats his own flesh, commits self cannibalism. This is on primetime, broadcast, American television. That in itself is shocking. But the entire scenario is truly disturbing. 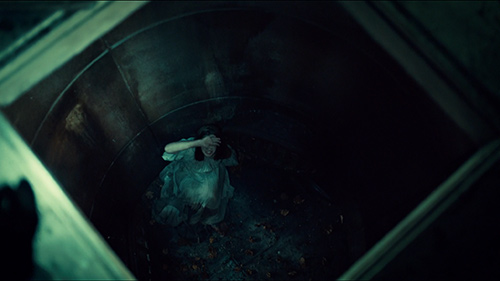 Again with the winking callbacks to The Silence of the Lambs. “It puts the lotion in the basket…”

Futamono, if you’re interested, is “a small dish served in a container with a lid. Often a soup.”

Time travel shorts seem to be a theme today