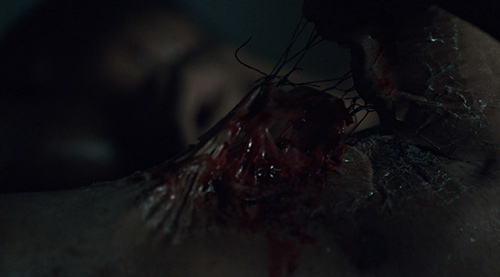 There is no show as grisly, as obsessed with the intimate details of mutilation, horror, and gore, than Hannibal. This episode begins with a man, sewn to other bodies, bursting the stitches to free himself. As he does, he tears off huge patches of his skin. Here, the skin of his inner thighs separates from his body as he frees himself. 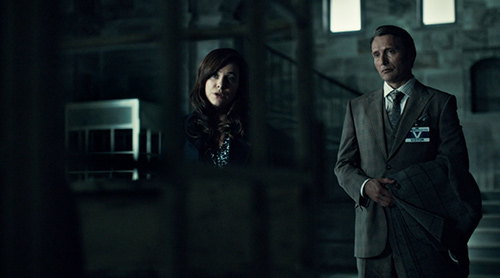 I’m not 100% sure this is being done, but I think it is: the shots in which someone is shown behind bars are metaphors for their knowledge of the truth about Will and Hannibal. It doesn’t track 100% of the time, but look here: Dr. Bloom, unaware of the truth, is shown inside the bars; Hannibal, totally aware, is free of the cage of ignorance. 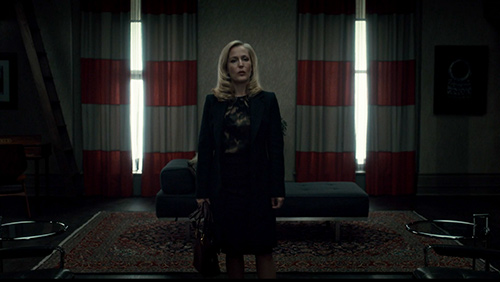 A great example of how Hannibal looks like no other show. This image is so dreamlike—Gillian Anderson set against the background of Lecter’s office, the light and the colors making it seems almost that she’s not really present there, just copied and pasted into the image—and so immaculately composed. These shots are the kinds of things that make Hannibal a joy to watch. 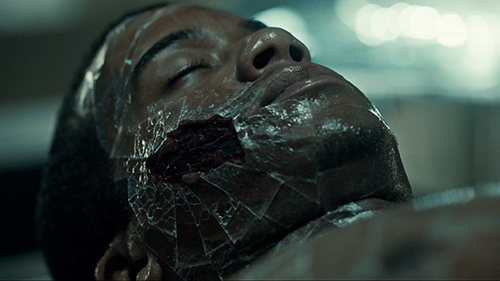 This is Hannibal‘s brand of horror: People are at once fragile, plastic cases on the outside and wet, sloppy innards beneath. 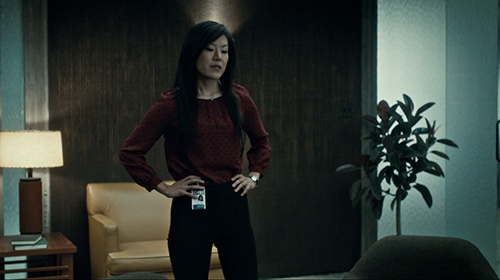 On a show this attentively composed, can it be any accident that as Special Agent Katz begins to believe that Will is innocent a light appears behind her head, a halo of knowledge? 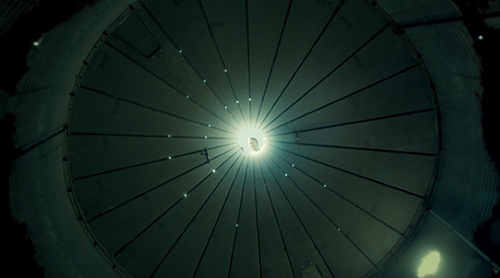 Another image that creates an eye, this time with Lecter at its center. Another gorgeous shot. 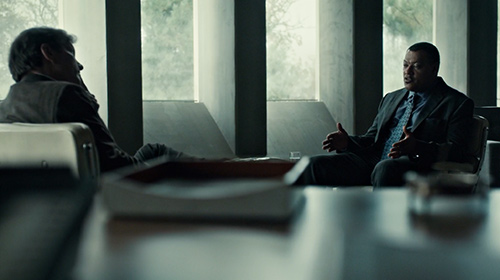 The show’s most common shot: two people, facing each other from opposite chairs, hashing through issues. In this case, Martin Donovan as an FBI psychiatrist evaluates the mental fitness of Jack Crawford (Laurence Fishburne). 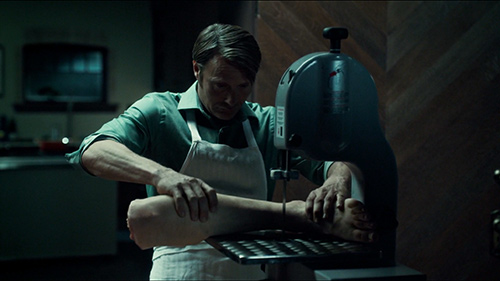 It had been strongly implied before that the sumptuous, elegant meals Hannibal prepares were made from human flesh, but I believe this is the first time we’ve seen it definitively confirmed. 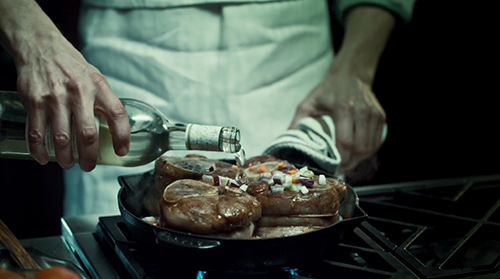 Osso Bucco made from human leg. Again: how can you work on this show and eat meat afterwards? 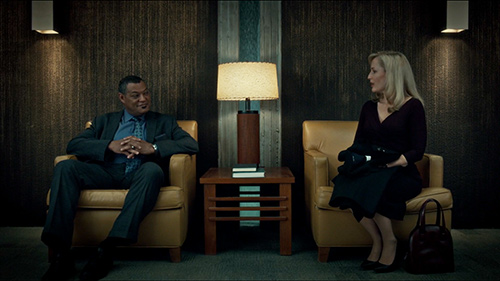 So many of Hannibal‘s shots are OCD-satisfyingly symmetrical. Look at this: a center line with a chair, a light fixture, and a person on either side. So geometric, so pleasing. 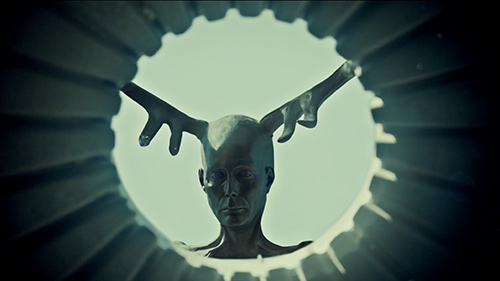 Will’s antler-crowned vision looking down on him. 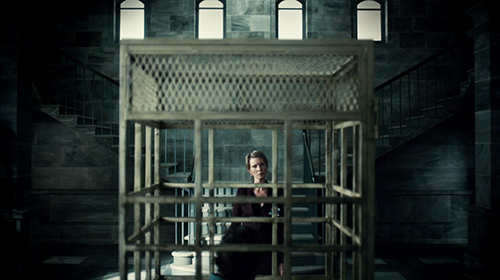 The composition! The square of the cage in the center, flanked by angled stairs on either side, and a row of four equally spaced windows above. Would another show stage a shot this meticulously? 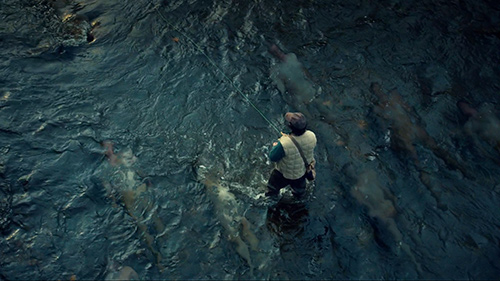 Hannibal is a very dark show, so I’ve lightened these images to make them easier to see. It’s still hard to see here, but Will, in his peaceful mental place, envisions a river of bodies flowing around his ankles. Nightmarish.