Six decades after Gene Roddenberry convinced Hollywood to produce his wagon train to the stars, the science fiction universe he created has transformed into an empire. Surprisingly, Star Trek the Empire got off to a rough start.

The television network he had sold his concept to, NBC, didn’t care for the original pilot episode, but they saw enough promise in the show to approve a second pilot, which is a practice rarely seen in the television industry. The original series only lasted three seasons, and the third season only managed to air thanks to its boisterous fans that had grown addicted.

The ratings provided by hardcore fans were not enough to overcome the unfavorable time slot and reduced viewing audience. The show quickly faded into the syndication netherworld where television shows go to die. 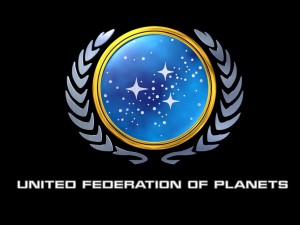 During this great span of years, while new flavors of Star Trek continued popping up the fans still demanded more. Trekdom had grown so big that the small screen could no longer contain it. Hollywood began producing a parade of motion pictures. Twelve films have graced the silver screen, each one expanding the Star Trek universe and adding to its loyal followers. The latest arrived in the summer of 2013 to great success around the world.

Fans of Star Trek are often called Trekkies or Trekkers. They have been organized for more than five decades in groups such as Starfleet International, which celebrates its 40th anniversary this year. They have grown an insatiable appetite for all things Trek.

From the corpse of a twice cancelled television show, an empire has risen. Fans of Star Trek demand a constant stream of new movies, books, games, toys, clothing, and all things related to Star Trek. 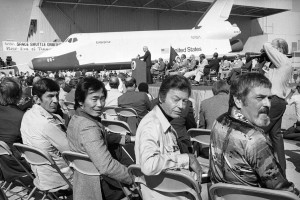 The exact size of the empire is a bit blurry. The number of fans has no true quantification. Consider it to be in the millions. The revenue generated by Star Trek also remains uncertain. The twelve films have grossed more than $2 billion worldwide, while the remaining empire has been estimated to have reached the $27 billion mark.

Star Trek has grown so powerful that Paramount Pictures long ago started calling it “the franchise”. The film studio still keeps its doors open today in large part because of Star Trek, to which it owns the rights. The empire has funded many of the studio’s other projects, while continuing to feed the frenzy.

Star Trek goes beyond just pop culture and merchandising. For many, it has become a way of life. In the name of “research”, d’Armond Speers only spoke to his son in Klingon for the first three years of his life. That’s right–Klingon, the language of the most warlike race in the galaxy. The boy speaks English, but has an exposure to Klingon unlike any other.

The cultural impact of Star Trek reaches everyone on Earth. Martin Cooper, who invented the first mobile phone, attributes his invention to the inspiration he received from Star Trek. Many rocket scientists, botanists, astronomers, physicists, and engineers cite Star Trek as a motivating factor for their launch into science and engineering. NASA even named one of the space shuttles after the starship Enterprise. 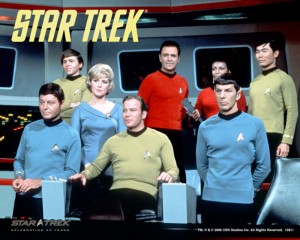 The cultural impact goes beyond the laboratory. It slips into society’s general population. You see, Roddenberry had an agenda beyond simply providing entertainment. Gene wanted to expand the mind. During the period when the New Wave was hitting the science fiction industry, he took his dream of a better world to the small screen.

Star Trek pushed the limits of interracial casts in television. The ship’s crew included much more diversity than was customary in the 1960s. At the heart of the Cold War, the show included a Russian officer. While there were marches in the streets for equality, there was a black woman in a primary role of a science fiction television show. While America was still fighting in Asia, there was an Asian crewmember. Roddenberry stood for equality and integration.

The impact and importance of what was transpiring moved beyond just the hardcore Trek fans. It infiltrated all of society. How important was it? Important enough that Dr. Martin Luther King, Jr. was a fan of the show. Legend also reports that he once stepped in to encourage Nichelle Nichols not to abandon her role as Uhura on the original television show. 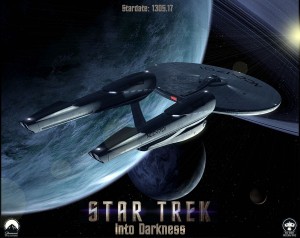 The list of names stretches off into the distance at warp speed. In all, there are 726 Star Trek television episodes, twelve films, and hundreds of books, short fiction, and comics. Every one of them was written by an amazing author.

The Empire shows no signs of slowing. If anything, it is continuing to build momentum. This last weekend the Midwest celebrated all things pop culture with Planet Comicon 2014. Think of the Heartland’s version of the San Diego Comicon and you have the idea. Superheroes, cosplay, and comic books lined out until your eyes grow bleary.

In the middle of the media extravaganza stood Star Trek proud and strong. In fact, the highlight of the weekend was the TREKtacular event. Many of the actors from the various forms of Star Trek gathered to entertain and inspire their fans. There were enough actors there to crew the Enterprise into Romulan territory, including Jonathan Frakes, Brent Spiner, Levar Burton, Gates McFadden, Michael Dorn, Wil Wheaton, and Marina Sirtis.

But what good is a ship’s crew without a captain? After six decades basking in the glow of the Star Trek Empire, William Shatner remains a cornerstone of the franchise. Captain Kirk appeared at the convention to the delight of his many fans and led a lively panel discussion with those who followed in his footsteps.

After all these years, life has been good to the original captain. He remains a symbol of the Federation and the empire that was built. Star Trek stands on the backs of millions of fans and hundreds of contributors that have made it what it is today. After six decades, there is no indication it won’t last another six decades.

We can all hope that Star Trek the Empire will live long and prosper.