There is a topic that seems to have become very attractive to those who do convention programming – for the “art show” track – and that is the idea that the ‘age’ of painted illustration is over, and has been replaced by images that have been digitally produced.  This is NOT “new news.”  The death-knell for illustration art “as we knew it” has been sounding for at least since I put together “Paint or Pixel: The Digital Divide in Illustration Art” in 2007.  But, so popular has this gloomy theme become as a “go to” topic that I have participated in at least half a dozen of panel discussions over the past three years, serving as moderator most of the time – because they think I’m good at controlling the excessive sobbing and handwringing.  🙂

Ok, so the world of SF/F illustration “as we knew it” has undergone a severe transformation over the past 20 years, becoming an industry dominated by artists who are as skilled in computerese as artists “of yore” were skilled in wielding a brush (or, more recently, airbrush).  This has not happened overnight.  But only recently (and by that, I mean the last 3 years or so) has the reality of the situation become such a ‘hot topic’.  And by that, I mean “hot” to such an extent that such discussions of the digital revolution are no longer being considered “cathartic” by those who have been most affected by it: artists in particular.  If anything, the discussions are annoying.  In fact, it is proving so tedious a subject that one of the most successful of artists working in the genre, Bob Eggleton, felt obliged to emphatically voice his concerns on facebook, over a recent Lunacon (planned) program item “The Rise and Fall of The Book Cover” . . . which predictably triggered a swarm of responses.   This panel discussion, says the person who organized it, was actually inspired by a New Yorker magazine article with the same title, published in 2013.

It dawned on me after reading the comments posted there, many of them relating to what follows. . . that perhaps what we’ve been dealing with, for the last decade or so, might best be described as “how we (those in this corner of the universe) deal with loss and grief”.  And we are having difficulty in getting to the last stage.

The Five Stages of Mourning and Grief

The stages of mourning and grief – universally experienced by people from all walks of life in response to either one’s own terminal illness or to the death of another “valued being”, animal or human – were first proposed by Elisabeth Kubler-Ross in her 1969 book “On Death and Dying”.  I would argue that these relate in strong ways to the situation we’ve been dealing with regarding “the death of painted illustration art”

The first reaction to learning of terminal illness or death is to deny the reality of the situation. Around the turn of the century, when “the troubles” first became apparent, when it began clear to insiders that something was wrong, when successful book cover artists whose names most con-goers recognized had already begun dropping out of the field (Barclay Shaw, David Mattingly, Jim Warhola, Dean Morrissey, Morgan Weistling), beginning to retire or die off (Paul Lehr, Richard Powers, Ron Walotsky, John Berkey), when 2nd tier artists started mailing-in only, started coming only to set up and then pack up, started to find excuses for not coming all together (too busy with assignments, conflicts with other cons/travel, can’t afford the time or expense), started openly voicing complaints over the ways con art shows were being run . . . the reaction was to rationalize, and consider these situations as “isolated events”. No one wanted to see them as “all of a piece”.   It was the publishers, the hard times in the industry, the explosive rise in gaming, the cost of paper.

We didn’t want to see what was happening, we rejected the idea that illustration art “as we knew it” was suffering from a terminal disease (computer technologies) that was being exacerbated, but not caused by, changes in the publishing industry.  In fact, digitization was affected almost EVERY industry in sometimes lethal ways.  We made excuses for why publishers weren’t hosting parties any more and showing off their cover artists (and giving away free books) at booths in the dealers room.  We attributed “no show” artists to burn out, to the growing popularity of competing cons (DragonCon head-to-head with. Worldcon) or to the economy.

As reality sets in, “the masking effects of denial and isolation” begin to wear off, and anger takes its place.  We may know that the target of anger isn’t really responsible for the death, but we blame them anyway.  And artists turned to anger, too.  Countless times, between 1997 and 2003 I heard artists vent their anger at art directors who forced them into digital processes because it made their job “easier”; who cursed having to learn how computers work and when they did, threatened to kick them into obliviion; who blamed amateurs for the source of their pain, emerging artists who had no “art” training who were willing to work for peanuts instead of upholding industry standards; who learned “poseur” and “photoshop” instead of how to mix paint.

Then comes the 3rd stage, the need to gain some sort of control over your feelings of helplessness and vulnerability.  “If only….we had sought medical advice/help sooner” . . . “If only we had been a better person, this wouldn’t have happened…” translates into the SF/F art universe as “If only I had seen this coming, I would/could have gotten out earlier and gone to Hollywood”…”If only I weren’t charging so much, maybe I could have gotten more jobs”…”If only I had made better connections in other related fields (gaming, animation, children’s lit, whatever) I would have more options, more work, today”  This is a weak line of defense, but it’s only human to look for ways to protect us from the reality: that the sources for commissions for paintings have gone away and won’t be coming back.  That producing paintings for book covers will no longer be a viable way to support yourself or your family.

Sadness and regret are a normal response to the loss of a loved one.  We worry, we agonize over things we shoulda, coulda, done to make things turn out differently.  We worry about the practical aspects of the aftermath: like the costs of the loss, the burial.  We fret and regret and get . . . depressed.  I think we are generally in that stage, right now.  And that it’s time, if we can, to move to the final stage:

Not everyone is going to be ready to do this at the same time.  Artists who converted to digitization without extreme angst – like most of the British illustrators I know (Jim Burns, Steve Crisp, Fred Gambino, Chris Moore) didn’t suffer the same pain as artists who refused to go the digital route and were forced to seek opportunities outside the commercial field, or in a different market (YA, children’s).  Nevetheless, there were a few artists who confidently landed on their feet, so to speak…and found equal or greater satisfaction in exploring other avenues for expression…Michael Whelan and Donato Giancola come to mind as two of the most successful artists in doing that.  And of course, there are still artists, like Bob Eggleton, who are still working successfully in commercial illustration.  But by and large, commissions for paintings in the literary market have become the exception rather than the rule, and fees have dropped precipitously across the board.  And everyone who is witness to the new dawning of digital art…has to accept that.

That is why it’s time for gettinf to the last stage in the grieving process….or at least, what we should be shooting for…. And then see – what we are going to do about the new world we are in. 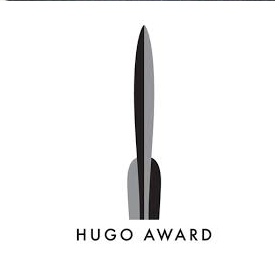