If you’re a reader of fantasy, particularly of George R.R. Martin’s Game of Thrones (or you just watch the series on HBO), you’ve heard that phrase, usually said in long, Yorkshire tones by actors like Sean Bean and infused with much dread and despair. Winter is only one of four seasons but it can also be a feeling, a state of being.

There are a lot of fantasy and science fiction works set in winter environments. There are works where the winter is not just a climactic condition but an overall feeling or mood. Winter is much more than just the presence of snow and ice.

It is November first today and, yes, winter is coming.

In some places, mostly in the south, winter is not a big deal. But in the north its different. And if you live in the Great White North (a.k.a. Canada) as I do, then winter is more than just a season, it is a state of mind. Canadians identify with winter. Indeed, in some parts of our country, winter defines who we are as a people. In the province of Quebec, for instance, there is a song called Mon Pays, which was composed by Gilles Vigneault in 1964. The song became kind of an anthem for Quebec and for Canadians as a whole to some extent. “Mon pays ce n’est pas un pays, c’est l’hiver” the lyrics say. “My country is not a country, it is winter.” 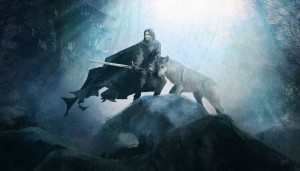 In fantasy and science fiction, winter is never usually just a setting. If there is winter it is usually symbolic. In George R. R. Martin’s A Song of Fire and Ice series, winter, the season that always seems to be coming, represents a return of the fearsome supernatural creatures that once held sway in Westeros. They were defeated and held back by the wall, a huge barrier made of ice. The people of the north make a philosophy of being prepared, of guarding against their return. Indeed, in the land of Westeros, winter, when it comes, can last for hundreds of years. Winter in Martin’s books is not merely a characteristic of the north. It threatens to claim the entire world.

Again, Martin’s winter is not merely climatic. Winter in Westeros means a return to the dark age of superstition and terror and an end to a world built by reason and prosperity. 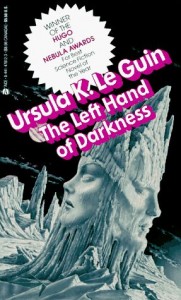 Another world where winter holds constant sway is Gethen, or Winter, as it is called by the citizens of the Ekumen in Ursula K. Le Guin’s novel The Left Hand of Darkness. Gethen is a planet where it is constantly winter, but that’s not merely a quirk of setting. The constant winter is symbolic of the state of the planet’s inhabitants. Neither male nor female, Gethenians live in a state of asexuality, only adopting sexual difference during brief periods called kemmer. The climate of Gethen mirrors the sterile nature of the planet’s inhabitants and society.

Le Guin doesn’t just use winter as an interesting backdrop against which her novel’s narrative can play out. The nature of Gethen’s climate serves an important metaphorical purpose to the story.

Sometimes, though, an icy background is merely that—background. In the second Star Wars movie, The Empire Strikes Back, the ice planet of Hoth serves as a background for the rebels’ battle against the Imperial armada. I suppose one could stretch the setting of Hoth to represent the frozen hopes of the rebellion against the might of the evil empire, but, as I said, it’s a bit of a stretch. This is only Star Wars. One can’t expect sophisticated metaphors. The winter setting is visually stunning, however, particularly in regards to the planet’s creatures. The tauntaun on which the rebels ride while patrolling, for instance, is an interesting creature. They are sort of a cross between a mountain goat and a kangaroo and seem relatively easy to domesticate for the rebels’ purposes. Then, of course, there is the wampa, a huge, shaggy, deadly creature who captures Luke Skywalker and puts him on ice (pardon the pun) in preparation for eating him (we can only assume).

The wampa is kind of like another creature from the frozen north—the yeti.

The yeti are ape-like creatures that live in the frozen mountains. I have used the yeti in my own artwork. This image was featured on the cover of Issue 1 of The Dreamquest magazine. 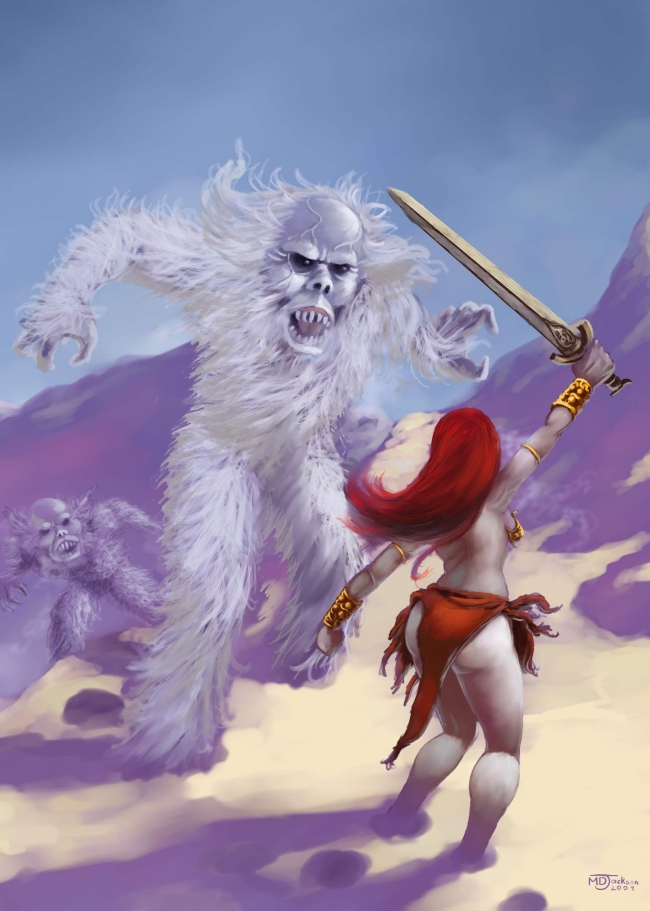 Or perhaps it is just a typical day in the Great White North? Naked yeti fighting is a popular Canadian activity. I am confident that it will soon be an official event at the Winter Olympics.

Winter as a setting for science fiction and fantasy is usually more than just backdrop. It usually serves a greater thematic purpose. Winter can represent sterility, bleakness, death, or worse. In real life there is some danger in the wintertime, but when you live in the northern part of the world, you adapt. You bundle up. You buy snow tires. You light a fire and sit back with a cup of hot cocoa and wait for it to be spring again.

Winter is coming. But it won’t last forever.

*No yeti were harmed in the writing of this post.

In this week’s viewing: The last of the summer premieres, plus the return of a cyborg friend and [BIG SPOILERS]