Could Doctor Who use some changes?

Doctor Who isn’t really in trouble. As the photo on the left suggests, the programme is hugely popular, and Peter Capaldi is an excellent choice as the new Doctor. But I can’t help think that Doctor Who has taken a few missteps recently. So here are points 1-4 of my 10 point plan to get the programme back on track. Remember to visit next week for points 5-10.

1: Return to 13 episodes per year plus Christmas special. It seems ridiculous that last year we had just five regular episodes, and this year, even with the much hyped 50th anniversary, just eight, plus an extra special in addition to the usual Christmas special.

It has been argued that 2012’s five episodes plus this year’s eight comprise one complete series (series seven in the new counting), but that still means we are down 13 episodes, or one complete series, over two years. Given Doctor Who is regularly cited as both the best loved programme in British television history and the most popular British television export ever this is all very peculiar.

The cut in the number of episodes can’t be down to budgetary reasons. Doctor Who makes money, and the more episodes, the more money it makes. So is the production team finding making 13 episodes and a special every year too challenging? If so, why? American shows, including effects heavy genre productions, churn out 22 episodes per year, year in, year out. Surely the BBC can manage 14 Doctor Who adventures a year?

When it comes to more earth-bound doctors the BBC have, in the last three years, made 133 episodes of Casualty, paid 148 visits to Holby City and produced an episode of Doctors almost every weekday. That’s about 750 episodes. And if anyone says the BBC can’t make 14 Doctor Who episodes a year remind them that when the programme started, acknowledging that episodes ran 25 minutes, the BBC produced 42 of them in the first series and 39 in the second. Even into the early 1980s they were making 26 episodes per series.

2: Get back to regular scheduling, and move the programme permanently to the autumn / early winter. Run Doctor Who through late September to December, leading the series straight into the Christmas special, or perhaps with a couple of weeks break. Why? Doctor Who is scarier on dark nights with the rain beating against the windows and a gale blowing around the eaves. There are more people are at home on winter evenings and there are less interruptions in the TV schedules for sport. Back in the days of the classic series Doctor Who ran from the autumn to the following spring, the way American network shows always have done. Following the school year worked perfectly. It was something to look forward to after the summer holidays.

3: Stop making the programme so much about the Doctor and what an amazing unstoppable demi-god superhero he has become. Move the focus back towards the situations the Doctor and his companions find themselves in and the people, aliens and cultures they encounter. Make the Doctor a confident eccentric with a space/time machine again, not the most important being in the universe. 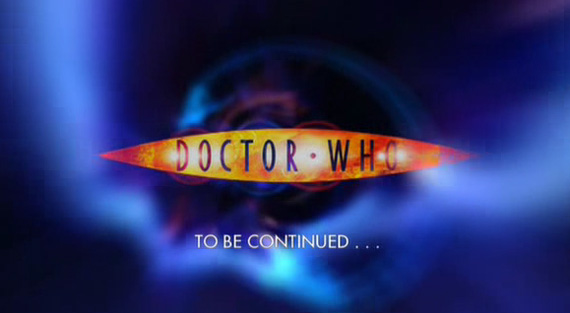 4: More cliffhangers. One of the best things about classic Doctor Who was the cliffhangers. Most stories ran four 25 minute episodes with the occasional six part story. Which meant that most weeks ended with a cliffhanger, fuelling endless suspense and playground speculation the following Monday. Until recently we had three two-part stories a year. For whatever reason series seven dropped the two-parters. When more and more successful television series are adopting the ongoing serial format such a decision seems bizarre. Programmes with an adventure-of-the-week format are now less commercially viable than serial dramas. I suggest bringing back not just two-part stories (which at about 42 -44 minutes per episode are roughly equivalent to the old four-parters), but also having the occasional three, or four or five part adventure (Doctor Who spin-off Torchwood achieved its greatest success, both artistically and ratings-wise, with the five part mini-series ‘Children of Earth’). So, bring back the cliffhangers. Longer stories mean more time to build atmosphere, tension and fear. While some of the best modern episodes have been stand along stories – ‘Blink’, ‘The Girl in the Fireplace’ – too often single episode adventures either have so much story to tell they have no time for building up suspense, or they end in a mad rush with everything unsatisfactorily resolved in a few seconds via a quick wave of the Doctor’s magic wand (sonic screwdriver).

What was that noise? Oh, there’s a Dalek at the door and a Weeping Angel at the window! I must dash, but remember to come back next week for the thrilling conclusion to Saving Doctor Who.

Ten years ago this past March, I enjoyed the greatest TV moment of my lifetime- the debut of Tremors: the Series, on the Scifi Channel. Two hours of heady, Burt Gummer-fun. Just a few months later, my Friday nights were cruelly taken from me by Scifi’s top dog, Bonnie Hammer. She cancelled the show. It’s […]

A young woman visits a secluded riverbank to relax in the sun. When a mosquito bites her, it becomes clear that there is a secret force of nature at work.

The Artful Collector: Art Hierarchies #6: Art that is Signed is Better than Art that is Unsigned