Assuming we can travel into the past, we have to accept the fact that we will change something just by being there. 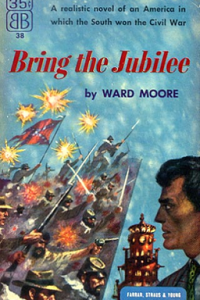 Time travelling, whether to the past or future, has been a part of genre fiction since the beginning. Writers have speculated on the ways and means of time travelling, but how many have delved into the ethical issues of time travel. Just because we can do it, doesn’t mean we always should.

Assuming we can travel into the past, we have to accept the fact that we will change something just by being there. The simplest act of breathing the air can have unforeseen consequences (and don’t get me started about those damn butterflies). The traditional tale of time travel (as found in Moore’s Bring the Jubilee) tells us that changing something in the past will change our present. With that in mind, let’s say you go back in time to kill Hitler. You are successful and he never commits his horrible acts of genocide. Since there was no Hitler, however, you have no reason then to go back in time to kill him and thus he gets the change to commit those acts again causing you to go back in time…and my nose is bleeding.

This is called a “paradox” and for a lot of franchises (such as Doctor Who) this can have disastrous consequences for everyone involved, from the physical destruction of a certain area to the end of existence itself. Getting around this illogical loop has plagued writers in the past, but the two solutions I always enjoyed are the multiverse theory and the fixed timeline. The multiverse theory suggests there are an infinite number of parallel universes so similar to one another that travelling to different points on them is almost the equivalent as travelling into the past. This theory has been used in various works including mainstream books such as Crichton’s Timeline and has even been used as a means of getting around the pesky light-speed barrier, such as in Scalzi’s Old Man’s War. 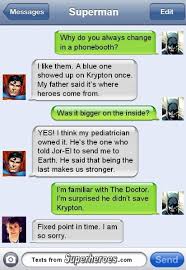 Nevertheless, is it right for a time travel to prevent the natural course of time for their own selfish desires? Consider that at least three timeline can be altered by a single time traveler. First, there is the timeline the traveler abandoned, second, there is the timeline they altered and, finally, there is the timeline they arrived in that conforms to their expected (or not) outcome of their change. That means the first timeline is full of the people the traveler abandoned and will not benefit from the traveler’s escapades in the multiverse. The second timeline, meanwhile, acts only as a vehicle to allow the traveler his intended goal and will have the suffer the consequences of the traveler’s meddling without them. The third and final timeline is the least affected, despite now being the home of someone who is already willing to play games with the universe. Some might wonder why this is bad thing, especially if the traveler had good intentions (which Hell uses to build their roads). The problem is that the definition of “good” is a matter of opinion. Can you think of no one who might create a nightmare and call it good?

Such issues are avoided if we exist upon a fixed timeline. That means everything that will happen, has happened and will always happen. No matter what you do it past, you will just allow the script to play out. One of my favorite examples of a fixed timeline can be found in Red vs. Blue when a character goes back in time and tries to prevent all the bad things that happened to him with hilarious results. Such a temporal structure is perfect for time tourism stories, but issues arise when certain historical events need to be caused by a time traveler. Here is an extreme example: a serial killer wants to go back in time to London circa 1888 and kill a bunch of prostitutes. If it turns out he is actually the one who committed those crimes, should we just let him do it again? Should we try to stop him even if logic tells us he will get there eventually? And what happens after he comes back? Can he be prosecuted when his defense can be he was just doing what was going to happen anyway?

I’m not even going to touch the implications a fixed timeline has for free will, although it might just conform what many have expected all along.

Travelling to the future is a bit easier (and even some scientists feel it is the only way to travel). Temporal paradoxes aren’t usually an issue unless it is a time traveler from the future mucking about in our present. In fact, time travel to the future tends to be very fluid in fiction. The belief that the future is what we make of it runs strong even in our regular day to day life. Human free will thus acts to prevent the future from solidifying, although one can assume that events a couple years into the future can be predicted more accurately than one hundred years in the future. Don’t think, however, that you still can’t screw up the present by just going forward instead of backwards. 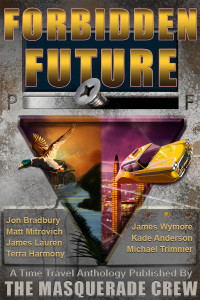 Consider what is, at least in my opinion, the ultimate use of time travel to the future: preventing catastrophe. There is a lot of evidence to show that the 21st century is going to be a tough era for humanity. Still it is only just speculation or educated guesses, but to have actual proof that we are headed for disaster unless we change our ways…would you feel compelled to do everything in your power to prevent it from happening? Should you even get involved knowing that you could be altering humanity’s natural development? And what if you only saw just one of many possible futures? By freaking out about could you set of a wave of panic that could inadvertently cause the very future you were trying to avoid? It is entirely possible that the fixed timeline phenomenon can work both ways.

If you don’t mind some shameless self-promotion, I pondered those very same ideas in my most recent short story “Road Trip”. It tells the tale of four friends heading toward a college party until they take an unexpected detour in to the future. It is currently available in the anthology Forbidden Future: A Time Travel Anthology. I hope you check it out, but in the meantime, what other issues must a time traveler consider when exploring the past or future?

If spy fiction uses SF/F techniques, then why doesn’t speculative fiction feature more espionage? Perhaps SF/F’s world-building is too much of a good thing, preventing the genre from leveraging tension the way spy fiction does.

Why was Early Comic Book Art so Crude? (Part 1)

Once And For All, Here’s What Science Says About GMOs