Cool and interesting stuff from around the world

SPOKANE selected as 2015 Worldcon Site
Detroit selected for 2014 NASFiC Site
Robert Pattinson wonders what Twilight Fans Do All Day (this is the guy who said “When I read it, it seemed like it was a book that wasn’t supposed to be published.” 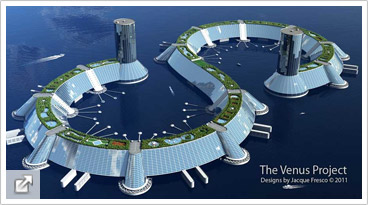 SCIENCE
Mutants Are Among Us (Paging Dr. Xavier, Dr. Moe, Dr. Larry…)
David Brin Wants You to Play in Traffic
The Venus Project:  A New Society for the Future?
Armstrong Tribute

“I’m sick and tired of ‘he said’,” he said.  Or, “…,” ranted Hancock
Self-Publish for Almost Nothing
SFWA Authors Attending Baltimore Book Festival (via Michael Walsh of Old Earth Books)
Is Your Ebook Done?  Probably Not… (via SF Signal)

The Washington Science Fiction Association is pleased to announce the finalists for the 2013 WSFA Small Press Award for Short Fiction (published in 2012):

The award honors the efforts of small press publishers in providing a critical venue for short fiction in the area of speculative fiction. The award showcases the best original short fiction published by small presses in the previous year (2012). An unusual feature of the selection process is that all voting is done with the identity of the author and publisher hidden so that the final choice is based solely on the quality of the story.

The winner is chosen by the members of the Washington Science Fiction Association (wsfa.org) and will be presented at their annual convention, Capclave (capclave.org), held this year on October 11-13 in Gaithersburg, Maryland.

We have an especially awesome treat for you this month, and as you know, we’re pretty awesome at treats as it is. At the end of September, we will publish bestselling author Brandon Sanderson’s first book in a new, action-packed thrill ride of a series, and we’re giving you the chance to read it before anyone else. This is an absolute must-read from one of the biggest names in fantasy.

But what is Steelheart all about? Well . . .

Ten years ago, Calamity came. It was a burst in the sky that gave ordinary men and women extraordinary powers. The awed public started calling them Epics. But Epics are no friend of man. With incredible gifts came the desire to rule. And to rule man you must crush his wills.

Nobody fights the Epics . . . nobody but the Reckoners. A shadowy group of ordinary humans, they spend their lives studying Epics, finding their weaknesses, and then assassinating them.

And David wants in. He wants Steelheart – the Epic who is said to be invincible. The Epic who killed David’s father. For years, like the Reckoners, David’s been studying, and planning – and he has something they need. Not an object, but an experience.

We have 30 copies to give away to 30 lucky Geeks. If you would like one, please reply to this email no later than midnight on Wednesday 4th September 2013. We’ll pick 30 of you at random to receive a copy.

Everyone who sends back a review to us before the deadline will receive their exclusive Gollancz Geeks t-shirt, bookmark and badge by way of thanks. We reserve the right to publish your review on the Gollancz blog, but if you’d rather not go public then do let us know in your return email.

We’re looking forward to seeing what you have to say about Steelheart!

Update your eBook Catalog with Hot Topics of the Summer!

(Available on All Major e-tailers!)

Available on Amazon and Barnes & Noble

Earth’s Zero Asset citizens no longer face extermination from orbit. Thanks to Alan Saul, the Committee’s network of control is a smoking ruin and its robotic enforcers lie dormant. But power abhors a vacuum and, scrambling from the wreckage, comes the ruthless Serene Galahad. She must act while the last vestiges of Committee infrastructure remain intact – and she has the means to ensure command is hers. On Mars, Var Delex fights for the survival of Antares Base, while the Argus Space Station hurls towards the red planet. And she knows whomever, or whatever, trashed Earth is still aboard. Var must save the base, while also dealing with the first signs of rebellion. And aboard Argus Station, Alan Saul’s mind has expanded into the local computer network. In the process, he uncovers the ghastly experiments of the Humanoid Unit Development, the possibility of eternal life, and a madman who may hold the keys to interstellar flight. But Earth’s agents are closer than Saul thinks, and the killing will soon begin.

Winners Of the 2013 SF&F Translation Awards

Winners Of the 2013 SF&F Translation Awards

The Association for the Recognition of Excellence in SF & F Translation (ARESFFT) is delighted to announce the winners of the 2013 Science Fiction and Fantasy Translation Awards (for works published in 2012). There are two categories: Long Form and Short Form. The jury has additionally elected to award three honorable mentions in each category.

Atlas: The Archaeology of an Imaginary City by Kai-cheung Dung, translated from the Chinese by Anders Hansson, Bonnie S. McDougall, and the author (Columbia University Press)

Belka, Why Don’t You Bark? by Hideo Furukawa, translated from the Japanese by Michael Emmerich (Haikasoru)

Kaytek the Wizard by Janusz Korczak, translated from the Polish by Antonia Lloyd-Jones (Penlight)

“Augusta Prima” by Karin Tidbeck translated from the Swedish by the author (Jagannath: Stories, Cheeky Frawg)

“A Hundred Ghosts Parade Tonight” by Xia Jia, translated from the Chinese by Ken Liu (Clarkesworld #65)

“A Single Year” by Csilla Kleinheincz, translated from the Hungarian by the author (The Apex Book of World SF #2, Lavie Tidhar, editor, Apex Book Company)

The winners were announced today at Liburnicon 2013 <http://liburnicon.org/en/>, held in Opatija, Croatia, over the weekend August 23-25. The awards were announced by ARESFFT Board member Cheryl Morgan and convention Guest of Honor, Jacqueline Carey. Zoran Vlahović was in the audience.

The winning authors and their translators will each receive an inscribed plaque and a cash prize of $350. Authors and translators of the honorable mentions will receive certificates.

“Anyone who doubts the vitality of worldwide science fiction and fantasy,” said Gary K. Wolfe, President of ARESFFT, “could do worse than to use this impressive list of winners and honorable mentions as a reading list. The breadth and variety of the translated works themselves, as well as their venues of publication, attest to the valuable efforts of many to bring a genuine international dimension to genres that have sometimes (and sometimes accurately) been described as provincial in attitude.”

The money for the prize fund was obtained primarily through a generous donation by Society for the Furtherance & Study of Fantasy & Science Fiction (SF3) < http://sf3.org/>. SF3 is the parent non-profit corporation of Wiscon < http://wiscon.info/>, the feminist science fiction convention.

Atlas: The Archaeology of an Imaginary City

In praising Atlas: The Archaeology of an Imaginary City, Jurist Kari Sperring called it a “hugely innovative, playful, intensely political, accomplished book, and the best piece of fantastical history/historiography I have ever read. The translation is excellent, too: elegant, fluent, and lively. I applaud the preservation of Cantonese pronunciation (a decision which is itself a political act). Moreover, novel and translation are actively engaged with each other—the act of translation has produced changes in the Chinese as well as the English texts.”

“Disrupting the concept of the novel,” Jurist Alexis Brooks de Vita wrote of Atlas, “irresistibly quotable, Dung Kai-cheung’s amazingly yearning creation of short chapters toys with conceptions of place and being, with feeling and mythmaking, centered in the fictional story of one of the most painfully politicized cities still in existence in the world.”

For Jurist Aishwarya Subramanian, Atlas is a book that “clearly delights in its own cleverness.” But beyond the breathtaking inventiveness, she found the text “intensely political and engaged with the present – it’s fifteen years old, but it still feels to me contemporary and relevant.”

Co-chair Kathryn Morrow discovered in Atlas “a masterwork on the nature of translation itself. The prose is beautifully rendered into English, and the author’s essential subject is the process by which myth, legend, and fact translate themselves into human cultural artifacts.”

Jurist Martha Hubbard concluded, “This beautiful and elegiac book examines the very nature of how knowledge is created … The language is at once poetic and specific. The book is so moving, I would deeply love to own a proper copy to keep and cherish.”

Belka, Why Don’t You Bark?

Kari Sperring singled out Belka, Why Don’t You Bark? for its “thoughtful engagement with the issue of abandonment” and she also appreciated the author’s insights into “the consequences of globalization and social exclusion.” Kari argued that, while Belka presents itself “as military fiction and gritty crime drama,” the book is ultimately “a pacifist narrative.” She added, “The excellent translation negotiates the difficulty of a narrative that switches between third person and second person, past tense and present tense.”

In confronting Belka, Martha Hubbard noted that “this strange and compelling book grows on you. I think it is a powerful and brave attempt to comment on the aftermath of the wretched situation in the world after decades and decades of war.”

Alexis Brooks de Vita found Kaytek the Wizard “sublimely poignant, as painful as it is raw, so obviously written by a man who loves childhood and children and uses fantasy to prepare them—and us—for fatality as well as mortality. Huckleberry Finn more than Tom Sawyer, reaching across a century-and-a-half to conjure Harry Potter, Kaytek’s loner protagonist finally becomes not only Frankenstein but his self-created monster, a childish Melmoth the Wanderer, made wise enough to have become capable of conveying the author’s historically heartbreaking final lines.”

Kathryn Morrow added, “This is a fresh, sophisticated, and psychologically authentic exemplar of the Bildungsroman type of fantasy. The author’s unique sensibility is well served by Lloyd-Jones’s lively translation.”

Negotiating the new translation of Roadside Picnic, Jurist Felice Beneduce took pleasure in “the Raymond Chandleresque approach of the authors, whose writing oozes noir.” He added, “The notion of aliens being completely indifferent to the consequences of their actions and in essence their ‘trash’ is brilliant in my view.”Co-chair James Morrow was pleased to report that the Olena Bormashenko rendering of Roadside Picnic “restores scenes and sentences that, owing to the machinations of Soviet censorship, never appeared in Antonina W. Bouis’s earlier version.”

Martha Hubbard provided a personal coda. “As someone living in a region which had the dubious pleasure of hosting the Soviet Army’s roadside picnics, the picture posited of the mess they created and left behind is far too accurate.”

ARESFFT is a California Non-Profit Corporation funded entirely by donations

Haffner Press (they of the excellent tomes and complete collections) sent along their monthly update, in which we are informed – Just over a month in release, THE COMPLETE JOHN THUNSTONE by Manly Wade Wellman has gotten some great notices: •  Paul Di Filippo’s review for Locus Online •  Comments on Black Gate Magazine’s website […]