Home Anime/Comics The Real Manga Blues: A “Me and the Devil Blues” Review

Of all the potential stories to succeed phenomenally in manga form, not many people expect a story centering around blues music in the deep American South to qualify.  Even less likely is a story about blues great Robert Johnson – the black man who purportedly sold his soul to the Devil in order to play incredible guitar.  And yet Akira Hiramoto has proven, at least to me, that there really is no story that manga can’t touch with his bold account of Johnson’s life in Me and the Devil Blues. 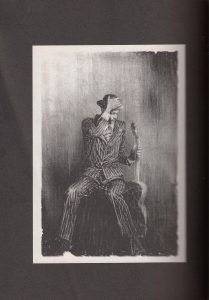 The week after wailing about all that manga lacks, I decided to stop into my local comic book shop to see what was available.  On the one small shelf of manga, toward the bottom, there was a used copy of volume one of this particular title.  I was intrigued that a Japanese man would be interested in writing about an American bluesman, and I had only recently heard of Robert Johnson from a line in a new Nick Cave and the Bad Seeds song (“Higgs Boson Blues,” from the album, “Push the Sky Away”).  And I was curious about how the tensions of the American South would be represented by an individual who does not live with its aftermath, who has not undergone an American education, who doesn’t have the rich influence of black musicians in his own country, except through import.

Me and the Devil Blues endeavors to tell the story of Robert Johnson assuming that he had really made a deal with the Devil.  It in no way claims to be biographical, but it is crystal clear that Hiramoto-sensei has done his research.  If I hadn’t already known that the author was Japanese, I wouldn’t have guessed it at all; the dialogue is natural to the American South (though that might have something to do with the English translation, as well), the settings are distinctly Depression-era, and the characters are believable.  When I wrote about homosexuality in animanga, I bemoaned the awful stereotyping of gay individuals; it would be so easy for Hiramoto-sensei to rely on played-out minstrel stereotypes to portray RJ and his peers.  But there are no Mammies or Sambos – just real people living the lives of the impoverished minority.  And, beautifully, Hiramoto-sensei does not shy away from the fact that the Depression-era South was rife with racism; it gets addressed and is actually a very driving force toward the end of the first volume.

Not only is the story well-researched and heartfelt, but the art is out of this world.  I am very picky about the workmanship of a manga, mostly because I like to have examples that defy everyone’s assumption that – all together now! – “all anime looks the same.”  Hiramoto-sensei’s style for this particular series is on the realistic side, which is especially interesting when you know that he’s actually best known for drawing gag manga – which Me and the Devil Blues is far from being.  He also leaves lovely little gifts for the reader in the form of gorgeous charcoal/graphite insert pages and eerie establishing shots.  I kept stopping every twenty pages or so in order to freak out at just how good the whole package really is.  In spite of that, Me and the Devil Blues was cancelled after only four volumes, which are currently collected in two larger tomes, published by the Kodansha imprint of DelRey.  I’ve only read the first of these two books so far, but I am arduously looking for volume two in order to see how Hiramoto-sensei continues to weave the Devil’s influence into Robert Johnson’s history.

I can’t recommend Me and the Devil Blues enough.  I mention it to everyone when I get a chance; I believe it is a timeless and boundless story that could appeal to people who have heretofore decided that the world of animanga just isn’t for them.  It is a very serious drama with a great deal of violence, colorful Southern language, and an eerie look at institutionalized racism – told by a man living an ocean away in a cultural homogenous country.  With breathtaking art and a fast pace, it’s sure to become recognized as a true masterpiece. 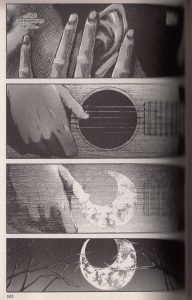