Home Film/Televison So Who is the Doctor? 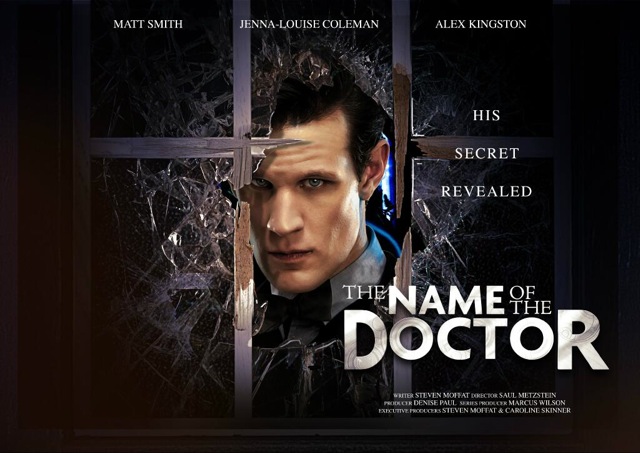 I must admit, I’ve not been so excited about a season finale in a longtime. Most of the time, I’m not worried about how a series will end but how I’m going to cope until the next on starts. Still, if series like Game of Thrones has taught me anything, it’s patience. Also that dragons are the best accessory and winter is coming.

This past weekend saw the final episode of series seven before the 50th anniversary special in November. Cunningly teased as ‘The Name of the Doctor’, it has to have been one of the most hotly anticipated finales since the series came back in the mid-noughties. Did we learn the Doctor’s name? Of course not! Telling us his name would destroy something magical about the series.

This episode was never about the Doctor’s true name – the one that only River Song seems to know. It’s not about Clara, Jenny, Strax, Vastra or even the Great Intelligence and his plan to drag the Doctor to the graveyard world of Trenzalore. It’s about about his greatest secret who takes the form of veteran actor John Hurt. Because, you know, John Hurt is the Doctor.

Yes, the final moments of the episode canonically introduced the actor as the Doctor. Wow.

Of course, this is not new info, filming on the special has started and pictures have already found their way onto the internet not only of a reunited Matt Smith and David Tennant but also of Hurt dressed in a hodgepodge costume which also seems to include the Ninth Doctor’s leather jacket. My local paper – Hurt lives near Cromer, less than an hour from me – ran a story where the actor was quoted as saying he was playing a ‘part of the Doctor’ who formed a trinity with Ten and Eleven.

In the episode, Eleven acknowledges that Hurt is him but also that he’s the one for had forsaken the title he had taken upon himself. He was the Doctor, the one who never lived up to the title, which makes me think he might be the older version of Paul McGann. We never saw the eighth Doctor regenerate into nine though the general assumption is that Eight went off, took part in the Time War and then, traumatised was either wounded or killed and became Nine. In the pilot episode, remember, the Doctor seemed unaware of his new appearance which gives the impression meeting Rose/defeating the Autons was one of the first acts of his new incarnation.

Does that really make Hurt Eight?

We just don’t know but you can bet bigger fans than me are going to spend the summer figuring it out. This is the coup d’grace which has saved the series, stopped it from becoming kids TV and has given adults something to squee about. Now we just have to wait until November 23rd, wait and speculate and it’s going to be fantastic!