Home Science Fiction Going Into Deep Water, With the Massive 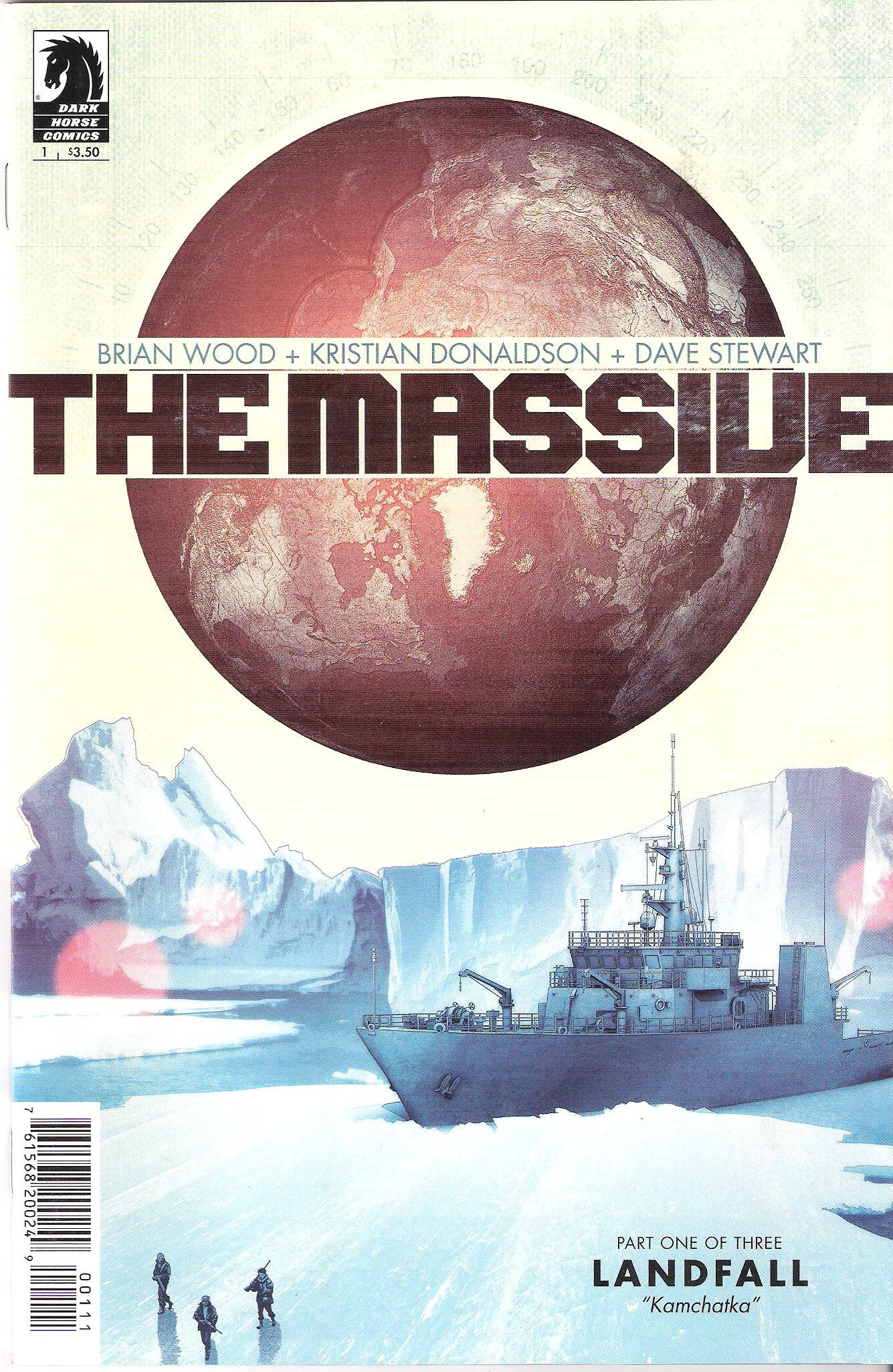 Can you still be an environmentalist in a world that seems to be damaged beyond repair? Can you have any goals beyond simple survival? That’s the theme of The Massive, a near-future science fiction comic from writer Brian Wood and artist Garry Brown.

Wood is no stranger to talking about big questions. In DMZ, the series he created for DC’s Vertigo imprint, he looked at corporate power, media power and the growing polarization of the American people. I don’t think The Massive has reached the level of DMZ yet, but the potential is definitely there.

In The Massive, the Earth is hit by…well, practically everything. A super storm is followed by an underwater landslide is followed a geomagnetic storm is followed by massive methane eruptions from the ocean floor. Now there may be climatologists who consider this everything-but-the-volcano approach  to be a plausible scenario. But, encountering it in this form makes it seem more like a parody of eco-thrillers than the real thing. (Wood may be planning to make the origin of these disasters a plot point, but I haven’t seen any indication of that so far.)

The title character of this series is actually a ship, owned and operated by the Ninth Wave, a Greenpeace-like organization. The Massive vanishes during the Earth’s ecological spasms, and, as of the end of issue nine, its fate is still unknown. The only ship looking for the Massive at this point is the Kapital, another vessel operated by the Ninth Wave. And not everyone on board is happy with that decision.

The captain, Callum Israel, feels responsible for the missing ship. However, his first mate, Mag Negendra, believes they need to focus on survival.  Before  founding  the Ninth Wave, Israel was a mercenary for the Blackwater-type corporation Blackbell, and wants to hold onto the more pacifistic life he’s created for hmself. Mag, who started life as a child soldier in Sri Lanka,  loves the ocean  but believes the Ninth Wave  is irrelevant now.

Among the other members of the crew are Mary, who seems to have a goal that she hasn’t shared with the others;  Georg, a computer expert, and Ryan, the only  American on the ship. (Israel is Caucasian,  but he was born in Bangladesh, the child of missionaries, and considers himself Bangladeshi.

Most of DMZ plays out on Manhattan. In this series, though Wood gives himself the whole world to play with and he’s taking full advantage of that broader scope. So far, we’ve been to Hong Kong, Mogadishu and  Antarctica, among other locales.  The good ship Kapital will be going to America sometime this summer ; right now, though, there’s no real information about what happened in America, or what’s left.

The early issues of  The Massive produce two noteworthy….well, calling them villains is probably over-simplifying things. Let’s call them antagonists. Arkady could also be called Israel’s dark side. He’s an American who emigrates to Mogadishu and adopts the persona of a Russian gangster. Sumon looks like he might own a restaurant or a small store, but he’s actually the director of Moksha Station, an off-shore drilling platform that declares its independence after the Crash and claims to  be a peaceful, neutral utopia.  You can probably guess how likely the utopian claims are but Sumon’s character and goals keeps the story interesting.

Artist Gerry Brown does a first-rate job at portraying normal-looking people in everyday clothes, a depressingly rare skill set in comics.  His cityscapes and wide-angle shots are impressive too.

Even if it doesn’t live up to the legacy of DMZ, The Massive is definitely worth your time, particularly if you’re a fan of books like The Windup Girl by Paolo Bacigalupi or Arctic Rising by Tobias Buckell.