Irish Times on The New Future of SF via SF Signal

Interesting piece on one of my faves – Cordwainer Smith – in the Atlantic.  (via SF Signal)

Technology outstrips society and the law once again – 3D Printed Guns (Huffpost)  (Includes a documentary you ought to watch.)

Science Fiction outstrips technology.  From the Vernor Vinge Might Have Got It Right department – “As a result, there is a theoretical possibility that the speed of light is not fixed, as conventional physics has assumed. But it could fluctuate at a level independent of the energy of each light quantum, or photon, and greater than fluctuations induced by quantum level gravity. The speed of light would be dependent on variations in the vacuum properties of space or time.”  From TGDaily (The VVMHGIT Department references the authors novels A Fire Upon the Deep & The Children of the Sky which present the galaxy as involving different zones where the properties of physics can differ.) 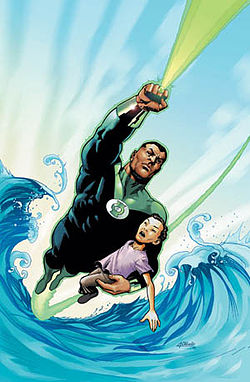 Name a Planet.  Just like it says, a contest to find a better name for Alpha Centauri Bb.   (From Huffpost.)  It’s the closest planet (around another sun) to our own.

More Comic Protest.  Bleeding Cool reports that comic author Joshua Hale Fialkov had walked off his DC job because the company asked him to kill off one of the most prominent black super heroes – Green Lantern John Stewart.  The issue apparently goes deeper, with DC heads apparently violating their own agreement not to mess with a story arc once it had been editorially approved.  Seems like DC is having a bit of trouble lately figuring out what will and will not play in our more inclusive society.  Just a few weeks ago they were tussling with the OS Card/Superman issue.  (Via the Black Science Fiction Society.)