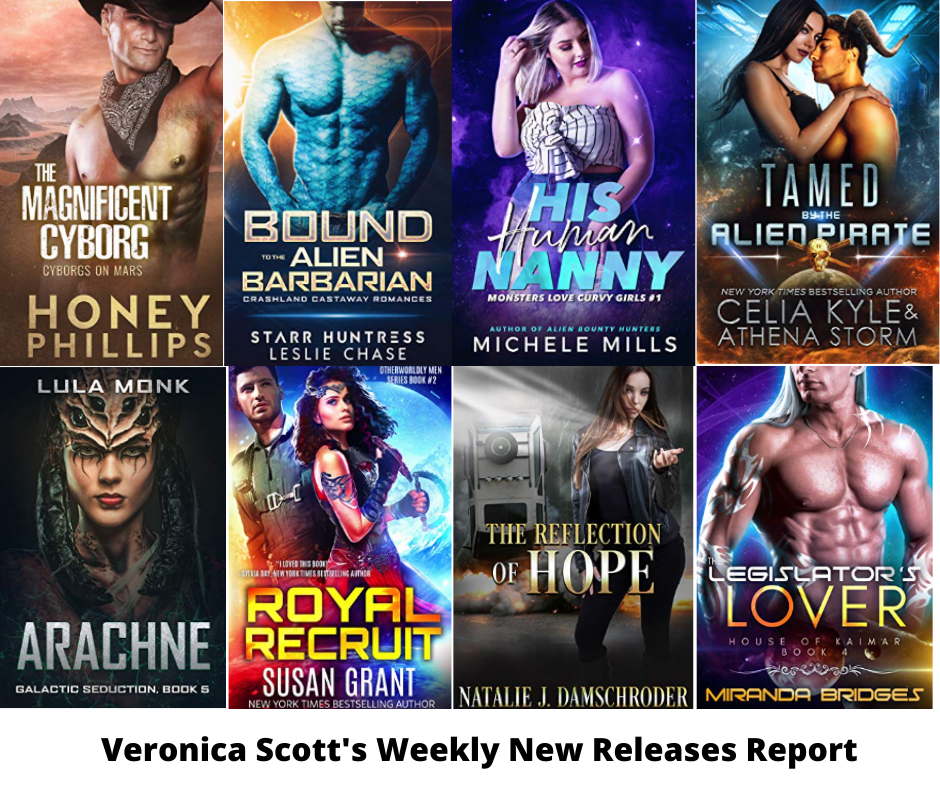 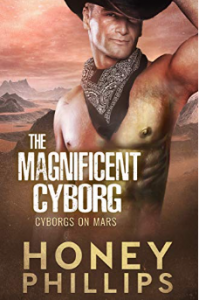 THE MAGNIFICENT CYBORG (CYBORGS ON MARS BOOK 4) by Honey Phillips

W-246 is one of the last cyborgs sent to Mars to work on the terraforming project. While he doesn’t remember how he became a cyborg, he has accepted his new role as a territorial judge. Until he encounters Cherry. He knows he could never forget a woman like her – so why does she seem so familiar?

Madam Cherry is through with men. In her experience, they either use her or break her heart or both. Instead, she concentrates on running a successful business and is content taking care of her girls. Until she runs into Wyatt. Their brief, passionate marriage ended years ago when he disappeared – killed in the line of duty. Or so she had assumed. Now she finds out that he is very much alive. The fact that he is a cyborg doesn’t bother her; the fact that he doesn’t remember her? That could destroy her. Can Cherry and Wyatt recapture their love in the midst of a budding rebellion, surrounded by dangerous new enemies? 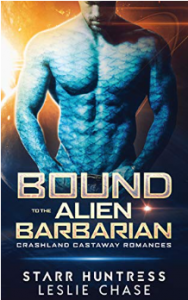 VS Note: I LOVED Leslie’s Crashland Colony Romance Series, especially Book 1, AURIC. (The hero of that one just really appealed to me.) This series is a “sequel trilogy” to the first three books, per Leslie so I’ve one clicked this for sure!

I’m supposed to be safe on Arcadia Colony. Instead, I’m trapped on Crashland. Most of the colonists in my landing pod are dead, and the one other survivor is a creep. My only friend? A holographic cat. Until I’m snatched up by an alien barbarian. Kidnapped or rescued? I don’t know. All I’m sure of is that I’ve never met someone as attractive as Zarkav. He’s huge, blue, with abs to die for. And that massive bulge under his kilt scares me as much as it entices me.We don’t have a language in common, but it’s not hard to figure out what the alien brute wants with me. His brooding gaze says it all. The alien wants to mate with me. And I don’t know if I can resist.

Scientific investigations conducted at the Gernsback offices…and a report on the July, 1928 issue of the magazine