Cool Geeky Gifts! How about some space socks?

Long before we had the technology to go, humans have been dreaming of space and everything beyond our sky. Gazing at the stars, watching astronauts travel to the moon, and seeing machines launched to distant rocks and planets has inspired many to want to learn more about astronomy and to pursue careers in science. Those space fans deserve something special this holiday season, and we have just the things for them.

This holiday gift guide is specifically for space fans and those who hope to one day enter orbit. From the original space pen to a levitating moon lamp, the items chosen for this list are well-reviewed and available to purchase online. Some are designed to be educational, while others are just cool objects meant to show off how much you love space.

Socks are typically a boring holiday gift, but not these snazzy space-themed pairs. 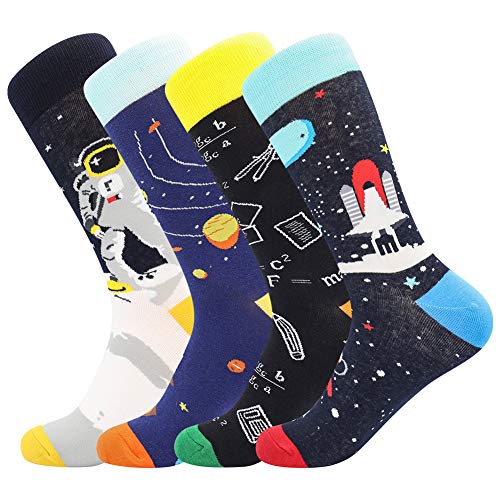 Everyone needs socks, but only the coolest people deserve these space themed novelty socks. This four-pack features rockets, a diagram of the solar system, a fun math design, and an astronaut posing on the moon. If you have to keep your feet on the ground, you might as well do it in style. 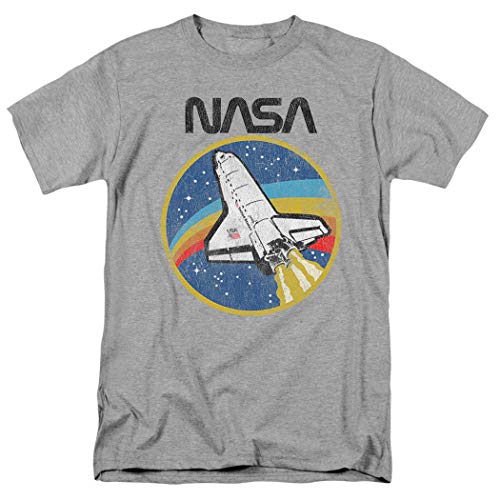 Switch things up from the classic blue NASA logo and gift someone a new tee with a throwback feel. The graphic on this officially licensed Popfunk tee looks to be inspired by the 1980s, the decade that saw the Space Shuttle Discovery launched into orbit for the first time.

The Fisher Space AG-7 pen was used by NASA astronauts on Apollo missions. 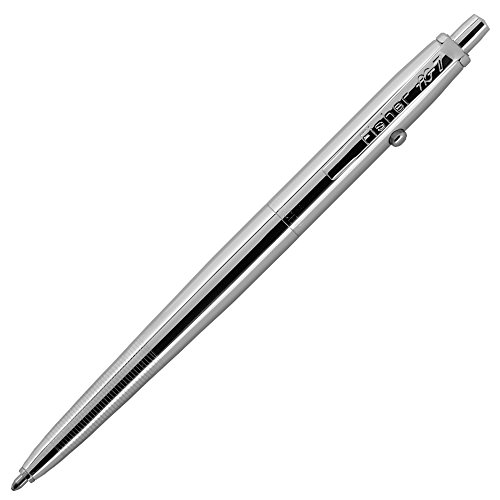 You don’t have to go to space to write like a real astronaut. In the mid-1960s, the Fisher Pen Company reportedly spent $1 million developing anti gravity pens with pressurized cartridges inside that meant they were capable of writing upside down, in hot and cold temperatures, and underwater. They offered the pens to NASA and after some testing the space agency ordered hundreds for its Apollo astronauts.

Honor Earth’s natural satellite and light up a room with this levitating moon lamp. 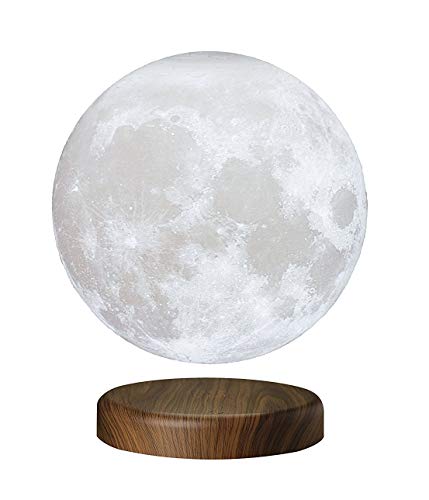 Magnetic levitation always looks cool, but the LEVILUNA lamp is able to blend aesthetics with the practicality of a small light source. The small orb is made using 3D printing. The result is a highly detailed replica of Earth’s moon that floats between 8-12mm above its wooden base. It can also illuminate a desk or nightstand with a soft glow.

This kinetic toy is like having a tiny galaxy swirling on your desk. 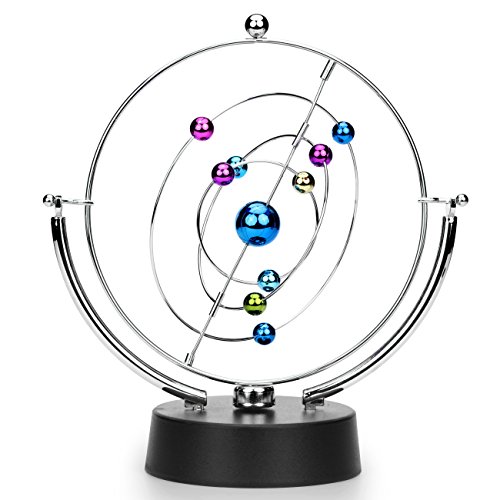 See physics and magnets at work while you stare at this colorful and wonderfully nerdy toy. It requires one 9V battery (not included) and some assembly, but once it gets going it doesn’t stop.

Give the gift of the universe with this indoor laser projector. 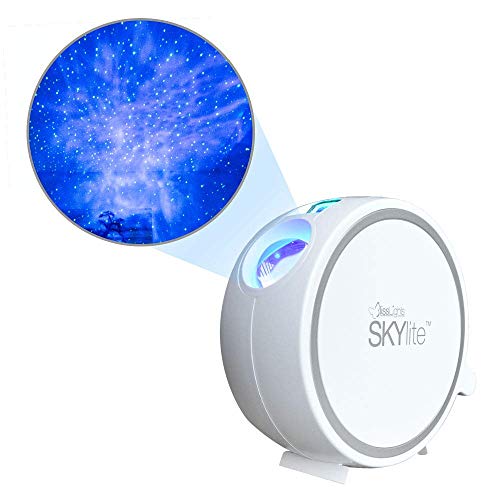 BlissLight’s Sky Lite fills any space with a bright blue nebula cloud pattern and drifting stars. The pattern can be changed to just the cloud, just the stars, a combination of the two, or constant stars with a pulsing cloud effect. There is also a built-in timer that can turn the device off automatically after 6 hours. It’s the perfect night light for someone who is obsessed with all things cosmic.

Bill Nye says that this book is great for astronomers of all ages! 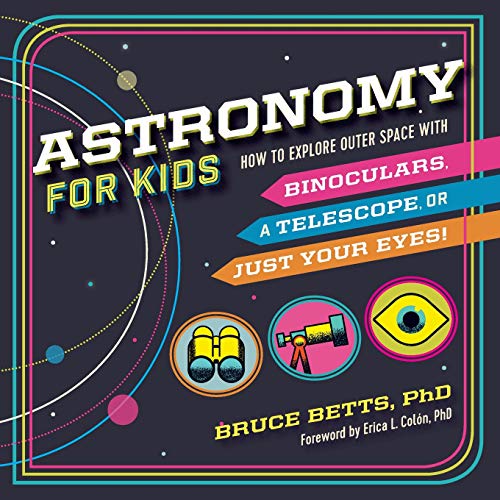 Written by a planetary scientist, this best-selling book demonstrates various ways to view the stars and other space objects with or without special equipment. It is also filled with fun facts, explainers, and clear illustrations of planets and constellations.

Elon Musk may have SpaceX, but are his rockets constructed out of LEGO bricks? 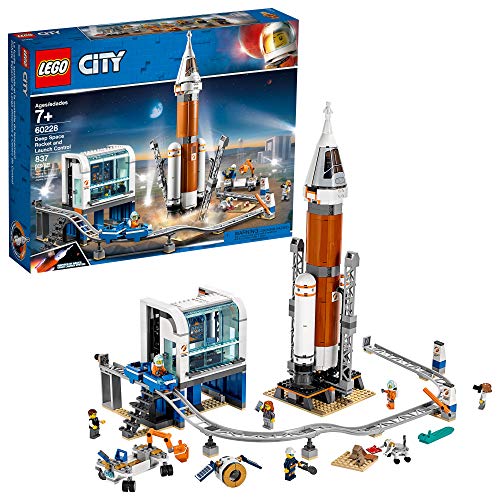 This 837-piece LEGO kit allows builders to be rocket engineers as well as the mission control crew for a miniature launch without ever leaving the comfort of his/her home. There are six minifigures in the set, including astronauts, scientists, a Launch Director, and a ground crew technician, each with a very important job to do. Kids ages 7 and up will be inspired to learn more about what it takes to put a heavy rocket into orbit and about the men and women who make it happen.

Every aspiring astronaut should own a portable telescope like this one. 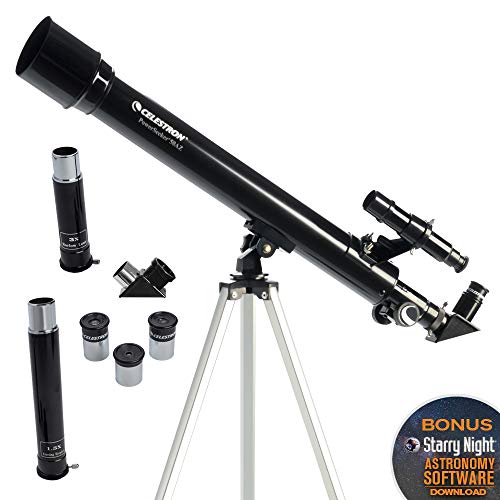 Advertised as being for entry level astronomers, this portable telescope expands the user’s connection with and access to the cosmos. It comes with bonus educational software that star gazers can use to discover more about when and where space objects can be seen in the sky.

Moon craters aren’t the only place where you’ll find a Rover and a Buggy. 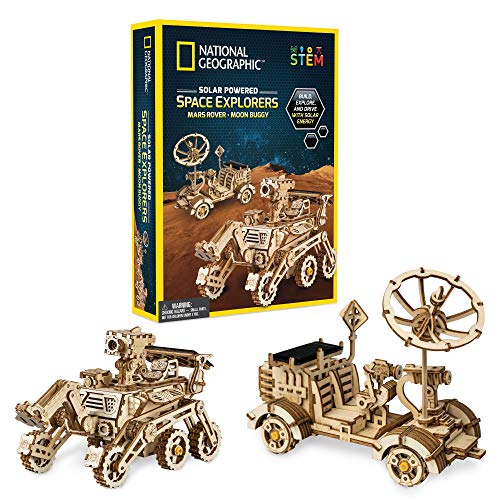 National Geographic’s Solar Space Explorers kit comes with sheets of wood that have been laser-cut into small parts. Together the pieces and included gear components form two solar-powered vehicles: the Mars Rover and a Moon Buggy. Whether they’re being made to race down the driveway or sitting statically on a shelf, these vehicles are fun to construct and cool to look at. It’s basic engineering and moon exploration rolled into one package.

You’re never too old to color the stars and planets. 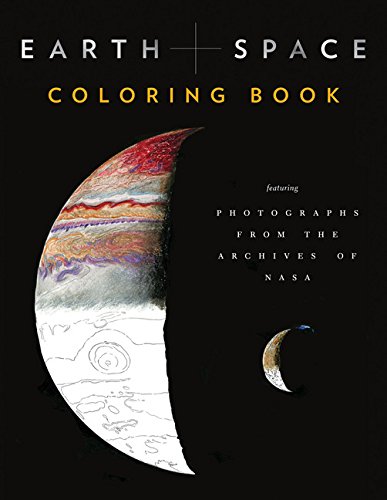 Using official photos from the NASA archives, this adult coloring book is not your average stay-in-the-lines kind of activity book. It includes 35 NASA-captured images of planets and solar flares for reference and/or inspiration. Space fans can choose to color the images true to life, or they can let their imaginations run free across the pages.

Don’t bother me until I’ve had my first cup of Perseus and Cassopeia.

These mugs use a heat-changing technique that hides constellations among the stars until a hot liquid is poured inside. There are 11 constellations in total, including Andromeda, Scorpius, and Hercules. When you want the figures to go away, just chill the mug and everything but the stars will fade away.

Make texting and one-handed phone use much easier with these grip accessories. 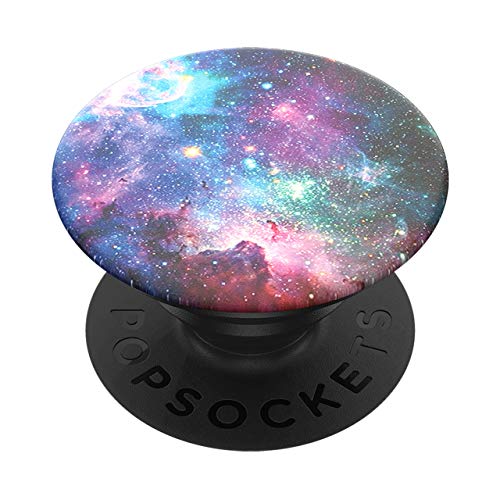 There’s life before PopSockets and there’s life after PopSockets. Wrapping a finger around this accessory while holding a mobile device provides a more secure grip while texting, watching movies, or reading BigThink.com. The variety of designs lets anyone add their own personal flare, and the top portions are swappable so the owner is allowed to change their mind.

Tell someone that they are your rock with this literal space rock. 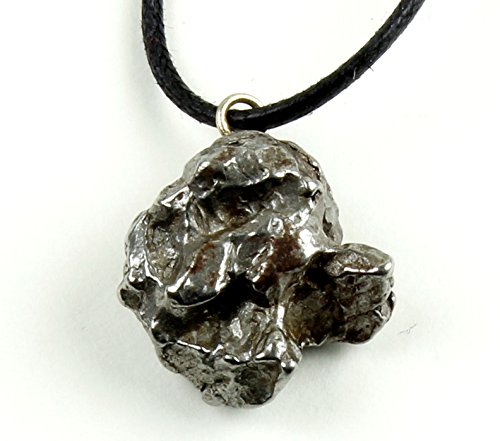 The meteorites at the Campo Del Cielo crater field in Argentina are believed to have impacted over 4000 years ago. Actual pieces of the space rock have been modified with a metal loop and a wax cord so that they can be work as a necklace. Each quarter-sized meteorite pendant is unique and only weighs around 7 grams so it is barely noticeable. The necklaces come with certificates of authenticity and tiny chests for storing or displaying when they are not being worn.

Coffee table photography books from Taschen are works of art. 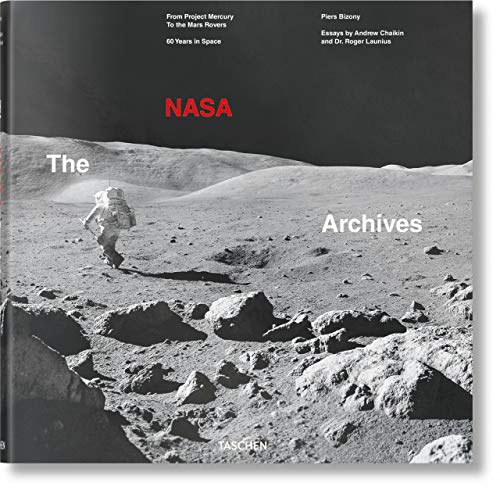 This hefty book is 468 pages of NASA history told through essays and over 400 stunning high resolution images from the agency’s archives. Even the biggest NASA nerds will learn something new from this impressive tome as they flip through its pages over and over again.

When you buy something through a link in this article Big Think earns a small affiliate commission. Thank you for supporting our team’s work.

If you can’t attend the Launchpad Astronomy workshop, you might try one of these courses