In this week’s viewing: Mob Psycho 100 and Magical Girl Spec-Ops Asuka get busy with the battling, and more! 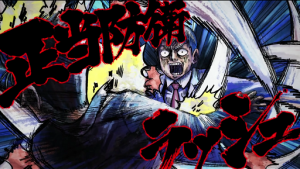 Mob Psycho 100 II #11 – With block after block of the city in ruins and multiple factions of superpowered psychics at each other’s throats, somehow things keep finding ways to get even worse. Such as:

All the fighting makes for another feast of creative action-packed animation of the kind we’ve come to expect from Mob Psycho 100. But in the end, it’s back to the same message the author has been pushing all along: for all their flashy destructive ability, the people who rely on their powers alone are the losers.

In the process of making this point, though, the “psychic gets distracted, then someone runs/flies up and punches them” routine has gotten repetitive. It’s never a bad thing to see a new special move from Reigen, but having basically the same thing happen three times in one episode is a bit much. 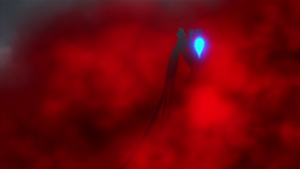 kemurikusa. #10 – Travelling further than the sisters have ever been, the party finally approaches the red tree. But there are complications, like the news that Ritsu and the Rinas have been skipping their rations, leaving all the water for Rin and Wakaba. (Come to think of it, the fact that Wakaba has survived on nothing but water is another point in favor of him being synthetic.) And then Wakaba waits for the last possible moment to ask Rin if he can try activating the memory leaf.

The First Person, if that’s who Rin sees, looks strikingly like a female Wakaba, right down to the similar clothing. If she’s another synthetic human then she’s a very advanced one, as she’s talking about growing up. But everything else matches up: the clothes, the rapport with the helpful little robots, and the general air of curiosity.

She’s already keeping the diary at this point, suggesting this is after the plan to split herself. Still unanswered, but likely to be included in flood of memories next time, is who erased the information about the mission and why. 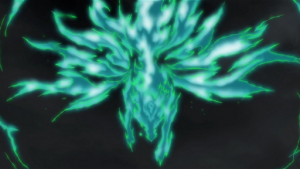 Dororo #11 – Hyakkimaru and Tahōmaru barely acknowledge each other before going their separate ways. No brotherly conflict this time around, but we’re running out of time for Tahōmaru to acquire that prominent scar he’s flaunting in the opening credits.

Tahōmaru has nearly pieced it all together, thanks to his eavesdropping skills and the convenient madwoman. For the time being, he seems to accept that an injustice was done. With his father discredited in his eyes, it’ll have to be Tahōmaru’s concern for the well-being of the people his family rules that moves him to oppose Hyakkimaru.

Meanwhile, Hyakkimaru, Dororo, and the priest are starting to uncover the reasons for the Daigo domain’s prosperity for themselves. Kagemitsu’s cover story is that he defeated the demons— I guess the demons don’t mind as long as they get their payment. If the people have accepted that explanation, how are they going to react when our heroes try to reveal the truth? Probably not well. 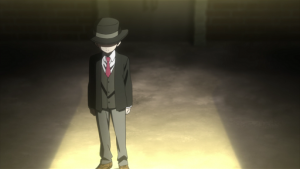 The Promised Neverland #10 – After a very, very, very long goodbye to all his adopted siblings, Norman goes to meet his fate. Emma and Ray are crushed and abandon all hope of escape. Except they’re not really, and Norman seems to have something waiting for him that he didn’t expect.

I’m guessing Norman is not demon food after all. Maybe, like Emma, he’s been offered a way to grow up within the system. I can’t imagine him being any more willing than Emma to participate, but he doesn’t seem to have been given a choice ahead of time.

Or maybe there was a conversation we haven’t seen, just like we still haven’t seen anything about the mysterious objects Krone left behind and which a couple of bright and curious kids like Ray and Emma would obviously investigate. 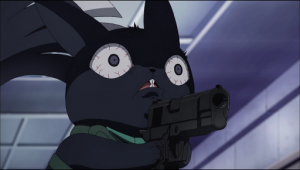 Magical Girl Spec-Ops Asuka #10 – We were promised assorted fights, and by golly we get them as Disas attacks Naha on all possible fronts. Despite the best non-magical humans can do, they close around the base and bring up their strongest fighters to take out the last line of defense. Luckily for the forces of good, no one ever figures Sachū into their attack plans.

Mostly this serves to grind away all the expendable extras so that the spotlight can focus on the named characters next time. But it also serves to highlight Sayako’s resilience and her wish to be able to do more.

So, here we have a potential magical girl candidate. And over at the base, there’s some powerful new artifact that none of the existing magical girls can use. Hmm…

A preview of the art by Jonathan Burton

The Art of Designing Covers

John Glenn: The Last of the Magnificent Seven