Thanos may be on to something….

As many people who know me understand, I’m a sci-fi/fantasy buff. I love the genre. It affords writers one of the broadest mediums in which to tell their story. And while it’s true there’s a lot of material out there I extend the benefit of the doubt to in the name of all things geek, I still don’t like putting up with crap. And talking of crap, in recent years, I’ve started to get a gutful of the ever-expanding entity that is Marvel.

The world used to be simpler when I was a boy and our superheroes came in comic book form. You ought to have seen my mint condition library (Including both Marvel and DC: Superman. The X Men. The Fantastic 4. The Silver Surfer. Spiderman. Thor. The Green Lantern. The Hulk. Batman. The thing is, in those days, each hero could take on a life of their own and evolve. They had the time and the spectrum to establish their own unique footprints in a superhero crowded universe and still stand out.

Nowadays, you can’t turn on a TV or go to the cinema without something Marvel–ous being thrown at you. And all that history gets condensed down into two and a half hours long force-feeding bonanza . . . with the statutory appearance by Stan Lee thrown in.
Needless to say, quality suffers–as evidenced by the countless reboots. So it’s put me off seeing some of the latest offerings–Infinity Wars included–for some time.

We have to accept the Disney-Marvel combination for what it is. A behemoth engineered for variety, diversity and inclusiveness, within a set of very distinctive parameters. They aim to please everybody, and if we don’t like it . . . well, tough!

So, I tried to pick through that. I put up with the predictable ‘Bang – crash – wallop’ action scenes sprinkled with witty, politically correct dialogue and exposition, and tried to see why my son might think I’d enjoy this latest in a long line of outings.

As most of you know, the premise of the film centers on the character of Thanos, a guy who wants to wipe out half the life in the universe.

Whoa! Hold your horses matey! Why on earth would anyone want to do that?

Thanos is a Titan, the son of the Eternals, Mentor and Sui-San. Due to his complex heritage, he carries what’s termed, the “Deviant gene’ within him, and during his adolescence, became fascinated by nihilism and death, actually falling in love with a physical embodiment of death, “Mistress Death.”

Basically–and this cuts a lot of history down–he wants to prove his love for death by the aforementioned mass culling, reasoning it will give the universe a fresh start. He holds an advantage in this regard, because he is able to augment his great physical strength and power through advanced scientific knowledge. He starts with his own race, wiping millions out, before expanding his conquest into the universe at large. To help him fulfill his quest, he needs to collect the infinity gems.

With me so far?

Of course, the Avengers and Co all set out to stop him, with the aforementioned “Bang – crash – wallop” I mentioned. (I leave those aspects to you, the viewer, because I’ll admit, the visual effects are stunning and stupendous to behold).

Don’t get me wrong, some of it is entertaining. I especially loved Thor’s dialogue / relationship with Rocket Raccoon who he insists on calling Rabbit. (Superb).

But the Avengers and friends have their work cut out . . . and then some! 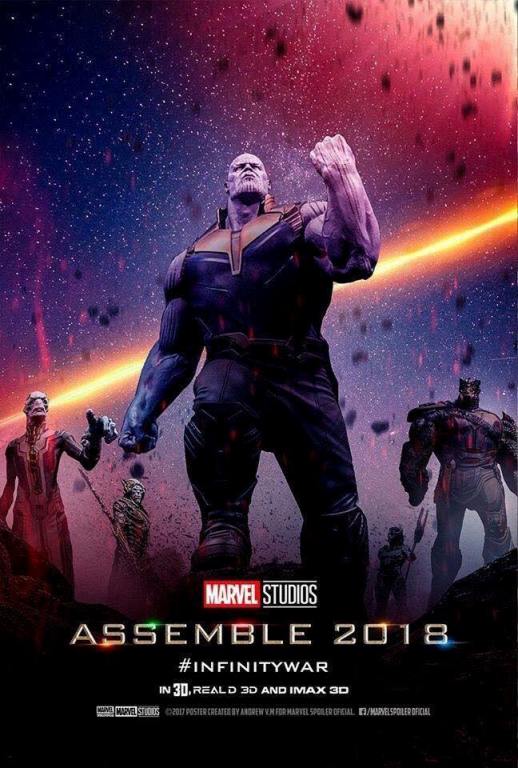 If you knew the back-story, you’d know Thanos is virtually unstoppable. He not only possesses abilities common to the Eternals, they’re amplified to a higher degree through a combination of his mutant–Eternal heritage, bionic amplification, mysticism, and power bestowed by the abstract entity, Death. He has superhuman strength, speed, stamina, immortality and invulnerability, can absorb and project vast quantities of cosmic energy, and is capable of telekinesis and telepathy. He can manipulate matter and live indefinitely without food, air or water, cannot die of old age, is immune to all terrestrial diseases, and has high resistance to psychic assaults. Thanos is also an accomplished hand-to-hand combatant, having been trained in the art of war on Titan.

Basically, he’s a supergenius in virtually all known fields of advanced science and has created technology far exceeding that which is found on Earth.

But the Avenger’s and friends try and stop him anyway–and fail!

And THAT’s what really appealed to me about this film. Not only do our heroes get their asses handed to them on a plate, many of them die when they are effaced from existence. (Oh yes, did I say spoiler alert?) Here you go – SPOILER ALERT!

The thing is, Thanos doesn’t sing and dance about it. Oh no! At the end, we see him rest from his labors in an isolated, reflective and melancholy mood, for his victory has cost him dearly, at a profoundly deep and personal level. And that was one of the best ‘chill up the spine moments’ I’ve experienced from a Marvel serving in a long time.

If only Marvel would incorporate that sort of intensity into their films more often, the superhero world would be a better place.

But before we go into that, this film is special in its own unique way because it also brings a profound philosophical debate to mind.

What do I mean?

Take a look at this picture. 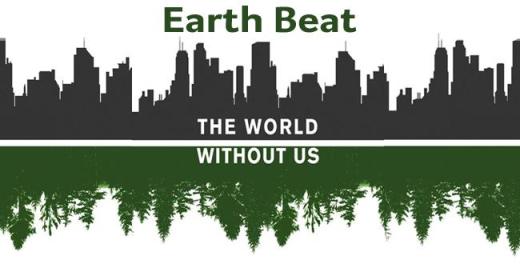 If that isn’t indicative of our times, then I don’t know what is. We all know what’s happening to the planet, and what the future holds for us if we don’t do something about it . . . soon! Alas, you know as well as I do, mankind suffers from a generic Ostrich Syndrome. We bury our heads in the sand, imagining it’ll be alright to do something about it later. But will later ever come . . . unless someone steps in and forces it upon us?

Watching the film made me think of that very dilemma. Half of the world’s population gone. just like that!

Dare I say, it adds an appalling dignity to Thanos’ idea that–when you reflect on it–isn’t all that bad. Especially if the human race is to survive . . . because unlike the Avengers, we won’t get a Nick Fury triggering part II to put things right. . .

So, whose side would you chose?