I just realized I’ve been doing this for five years now. This makes this the 21st season preview I’ve put together. No wonder the seasons seem to go faster and faster. Anyway, here’s what’s coming our way very soon— click through on the titles to get the official sites, with promo videos and more art. (Except for the one show that doesn’t seem to have one…) 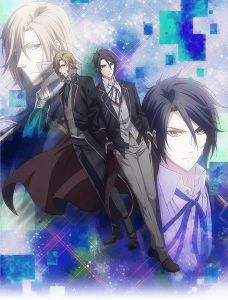 The premise: Two debonair young men travel through time to fight an enemy and have a life full of comedy hijinks back home.

The buzz: The promo videos say seriousness and adventure, but the synopsis says comedy. Hard to know what to make of it, but since it looks to be full of pretty boys it’s probably aimed squarely at a female audience. 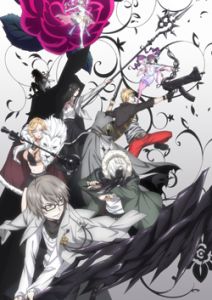 The premise: People try to escape a virtual world which traps them in high school forever.

The buzz: Video game adaptations aren’t usually a recipe for success, and this is based on a video game that didn’t even do well itself. But maybe the story will work better in this format, then? 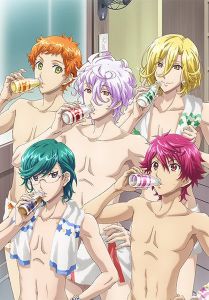 The premise: Five boys in a high school club which is just a cover for hanging out suddenly find themselves whisked away to a magic land to help choose its next ruler.

The buzz: Cute High has built up an enthusiastic fanbase skewering magical-girl shows, so even though it may be changing its focus to portal fantasies, look for a solid performance. 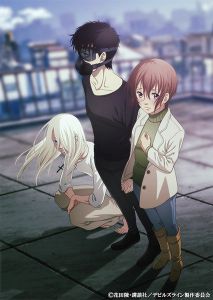 The premise: A college student is saved from a supernatural attack by a half-vampire who serves on an anti-vampire secret police force.

The buzz: People who like the manga say to read it for the romance… so… Twilight as a police procedural, perhaps, but better. 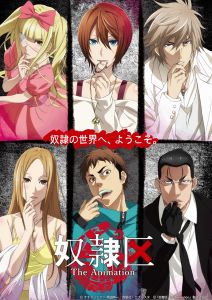 The premise: 24 people enter a survival game where each is equipped with a device that can turn another person into their slave.

The buzz: This is going to go to some very, very dark places. Not something to watch unless you’re in for some intense psychological horror. 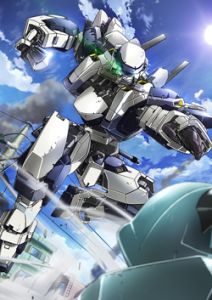 The premise: Mecha armies face off in an alternate timeline where the Cold War has yet to end.

The buzz: Huge excitement all around. The last chunk of this adaptation may have been in 2005, but it is fondly remembered. 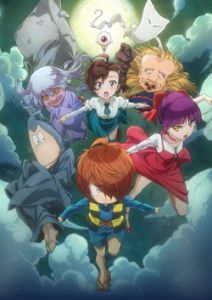 The premise: A monster boy tries help both monsters and humans.

The buzz: Previous adaptations haven’t been very available to English-speaking anime fandom, so most of the reaction comes in the form of Dragon Ball fans being very very angry that this is taking Dragon Ball Super‘s place for a few months. But this is much-loved material in Japan, so you’d think it’ll get a decent show to go with it. 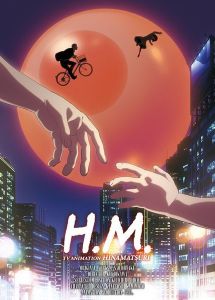 The premise: A girl with superpowers stumbles into the life of a junior gangster and winds up living as his adopted daughter.

The buzz: Looks like a fun comedy, although don’t look at how many people the E.T. reference is going right over the heads of or it might make you feel old. 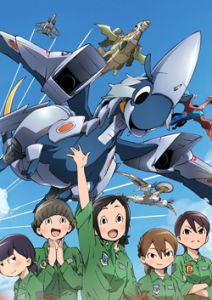 The premise: A new JSDF pilot discovers that some of the aircraft are actually dragons, and winds up flying with one.

The buzz: With unusual art, an odd idea, and a scriptwriter known for throwing in surprise twists, it might be weird enough to be good. 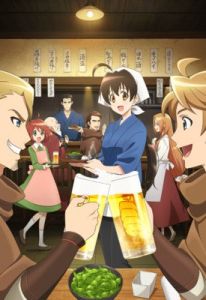 The premise: A door in a fantasy world opens into a bar in Kyoto.

The buzz: Didn’t we just see this show a couple seasons ago, only it was called Restaurant to Another World? Expect that all over again, basically. 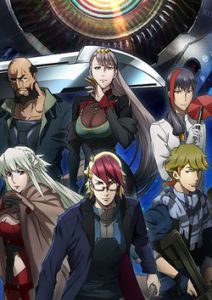 The premise: Several years after an accident with a new energy source almost destroyed the world, a team is formed to fight the mutants resulting from the accident.

The buzz: There’s not much to indicate this will be much more than a by-the-numbers action show. 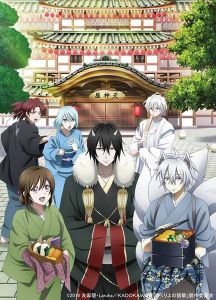 Kakuriyo no Yadomeshi (The Fare at Kakuriyo)

The premise: A college student pays off an old family debt by cooking at an inn in the spirit world.

The buzz: Weren’t we just talking about a supernatural food show? This at least has more to distinguish it than Isekai Izakaya, and at least the art looks nice. 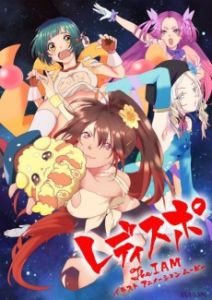 The premise: Sometime in the future, teams of “bounty hunters” travel from place to place competing in all sorts of sports.

The buzz: If you like sports (which are a major genre in anime, though they rarely intrude on sf), here is a bunch of sports for you! 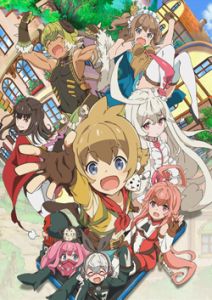 The buzz: Looks like a fun little upbeat fantasy aimed at the younger set. 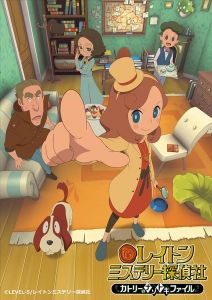 The premise: The daughter of a now-vanished mystery-solving archaeologist goes into business as a detective with a talking dog as a sidekick.

The buzz: Excitement from fans of the Layton franchise, with a little disappointment that they had to wait so long that the chance to feature the original protagonist of the games was missed. Probably not for anyone else. 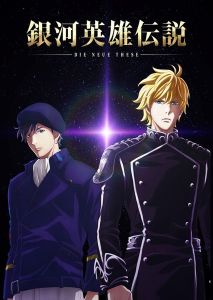 Legend of the Galactic Heroes: Die Neue These

The buzz: The first adaptation is widely regarded as a classic, so the first test of this series will be whether or not it screws up a good thing. 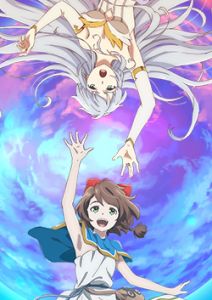 The premise: In a fantasy land, a peasant and a royal singer must join forces to save a kingdom with the power of song.

The buzz: This was probably conceived as a way to sell a bunch of CDs, but it looks like some real effort has gone into it. 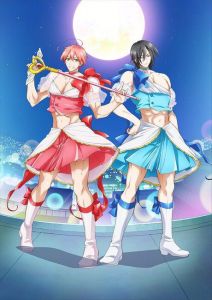 The buzz: This could be a wonderfully nuanced non-heteronormative romantic comedy… but probably will stick to crude outdated jokes instead. 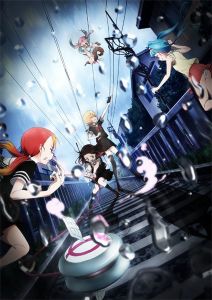 The premise: A bullied high school girl stumbles across a Web site which drags her into a magical girl battle royale.

The buzz: “Dark magical girl show” has been a growing subgenre for a while, but it’s getting worse and worse with each successive show trying to amp up the nihilism and gore. Does not look promising. 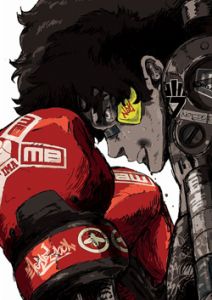 The premise: A boxer fights in an underground ring where combatants are enhanced with exoskeletons.

Derivative factor: Related in some way to classic non-sf manga

The buzz: Another show adapting material that’s beloved in Japan but never really had a chance to catch on outside of it. If you want sports, here is some more sports? 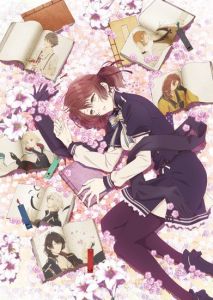 The premise: In an alternate timeline where the Taishō emperor lived much longer, a young woman with psychic powers helps investigate a string of suicides linked to mysterious books and also urgently looks for a husband.

The buzz: The alternate-history premise sounds interesting, but this is an adaptation of an otome game, which requires the heroine to spend a lot of time sorting through a bunch of pretty-boy love interests, so that may take away from the mystery and drama. 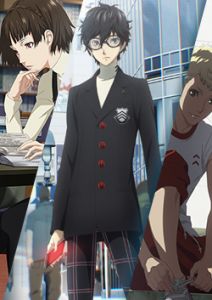 The premise: A juvenile delinquent forms a team of high school students who battle manifestations of people’s psyches to bring justice to the wicked.

The buzz: Another series with a built-in fanbase, albeit one that doesn’t think the previous adaptation was done well. 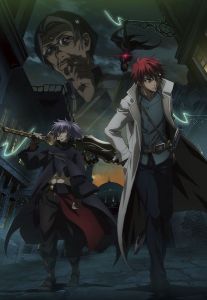 The premise: Bounty hunters fight dragons in a world where magic is performed with a system of equations.

The buzz: This sounds so very much like nearly every other light novel series set in a fantasy world. Expect lots of screen time to be taken up with lectures about the magic system. 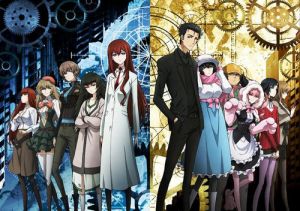 The premise: A former eccentric scientist who gave it up after he was unable to find a way to save his friend finds the tragedy is all brought back when someone is able to create a computer simulation of his friend.

The buzz: The original Steins;Gate got what many consider to be the best anime adaptation of a video game ever, giving this some mighty big shoes to fill. Despite the very real possibility of regression to the mean, no revival of an older property is generating more excitement than this one. 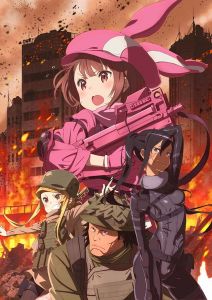 The premise: A tall young woman enters a futuristic virtual-reality MMO where she can be shorter and take part in a battle royale.

The buzz: For all that Sword Art Online was incredibly popular a few years ago, the haters now seem to outnumber the people who want to see more of it. This might be removed enough from the original story to get a fair hearing, but nothing about it suggests it will be especially good anyway. 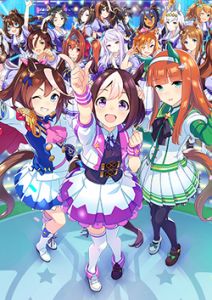 The premise: Girls with horse ears and tails go to an academy where they compete to be racing and pop idols.

The buzz: Just when you think Japan has run out of things to mix pop idols into, along comes another bizarre idol show. Don’t get too enthusiastic about this one.

And in the continuation section, we have…

Phew! This may be a new record for number of shows in the preview, but with Netflix in the mix and still not fully embracing simulcasts, it might not be the most I wind up having to watch at the start of a season.

There’s a lot to potentially like here, but of the returning properties, I think I’m most excited about Cute High. I’m very interested to see what happens with the classics with GeGeGe no Kitarō and (if it actually has anything to do with its alleged predecessor) Megalo Box. Of the shows appearing for the first time as anime, I have to confess some irrational part of me thinks it’s worth hoping that Magical Girl Ore will not be as horrible as it almost certainly will be. What are you looking forward to?

The third and final part of a series in which Scide Splitters examines humorous stories eligible for the 1941 Retro Hugos Awards.