What do you when a human explorer of another galaxy becomes a Messiah to his colleagues? Recreate him in a lab to fight himself. What could possibly go wrong? 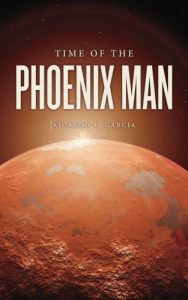 In an effort to make sure mankind doesn’t disappear from the universe by killing our own planet, politicians managed to get an unmanned orbiter around Alpha Centauri A- 5, a barren planet that needed some work before humans could walk the surface. But they didn’t stop there; they had a full load of nanites aboard ready to go to work. In addition to working on the environment, the nanites built an entire team of scientists based on the team that worked on the project back on Earth. So now there were humans on ACA-5, working and ready to open the planet to human habitation. But the people back on earth lost interest in traveling to the stars and seeing what was out there, so the program was shut down. Rather than just leave things as they were, the military took over the project and brought back one of the scientists: Dr. Jack Gutierrez. Jack was not just an ordinary scientist. He was the Messiah.

The team on ACA-5 were all now followers of the Messiah, and they were not listening to the directions from back home. The military was concerned so they decided that the best way to catch a madman was to set him to catch himself. They downloaded the memories of Dr. Gutierrez and told him what had happened. He didn’t have all the Messiah’s memories but he was the same man up to the point where they arrived on ACA-5. What could go wrong? Apparently a lot, and the military and politicians both were afraid of what one Dr. Gutierrez could do, much less two of him.

The book is well done, the science is interesting and presented in a way understandable to most folks. The characters are enjoyable and make you want to find out more about them. The story is an interesting twist on politics versus military control and also a twist on what happens when science gets ahead of itself, another version of “just because we can, should we?”

The book is a lighter read than I anticipated as the storyline shifts through the main character and the search for his other self. This will be a good author to keep an eye on in the future as he gains experience and skill at writing his books.

Review: Wrathbone and Other Stories by Jason Parent

Following up our first viewing coverage of the film.