Awards, beautiful nebulae, a space pioneer documentary and much more Special Note:  There’s a pretty cool history video being produced in Peru right now.  It’s focused on Pedro Paulet, a scientist and diplomat who was, apparently, the first person to build and test a liquid-fueled rocket engine – in 1895!  His work was acknowledged by the German Rocket Society (the people who brought you Werner von Braun), but somehow got eclipsed by Goddard over the intervening years.  The documentary will set that right, just in time for Peru’s first venture into space later this year.  You can learn more here.

Other Special Note:  The Hugo Award and Retrospective Hugo Award Finalists will be announced April 26th.  For details, go here.

William and Marygay could have used this

Why Zoe Saldana was cast for a role some think she shouldn’t have been  (Has there ever been a movie without makeup?)

Plan 9 From Outer Space is Getting a Re-Do (aaargh?  yay?)

Do you think they could fit Dhalgren on this shirt?

For the Love of Spock.  Must See

Robot Authors.  (I was in a restaurant the other day;  they’ve almost replaced the wait staff with terminals….)

I’m launching a new interview based podcast on Tuesday 19th April. Details below: 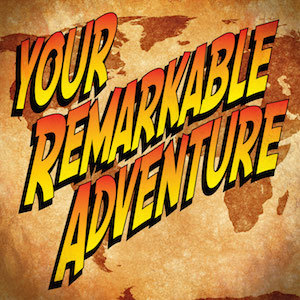 Are you an adventurer? I’m an armchair adventure but…

…Go on the journey of a lifetime with remarkable adventurers in this all-new podcast hosted by Tony C. Smith.

From the time of our earliest ancestors, people have told each other tales of travel, and what they found along the way. These stories inspired our ambitions, warned us of danger, and led us to new discoveries. Now, our real-life adventures take us out of our everyday lives and connect us with experiences, revelations, and each other.

Today, technology has shaped our adventures and taken us to places farther and faster than ever before, and has changed how we share them with each other. Join us Your Remarkable Adventure for interviews and personal nsights from the men and women who have been there and come back to tell the tale.

Each week, the podcast will interview adventurers of all ages and from all walks of life as they share their stories. From the farthest reaches of human discovery to the wonders of a weekend jaunt, this podcast will showcase the experiences of today’s travellers all over the world. Enjoy vicarious wonders and thrill to true tales of journey and discovery, or learn about the tips and tools that can take you there yourself. Hear about the trials and tribulations our guest adventurers have encountered, and the things they experienced that should not be missed. Learn about the challenge and delight of navigating new foods, languages, currency, transport, weather, shopping, wildlife, nightlife… even exotic spiders! And when the journey is over, find out how adventurer’s re-adjust to everyday life back at home – and what stays with them from their travels to this day.

After a decade of podcasting and interviewing people from around the globe, Tony C. Smith is reaching out to amateur and professional adventurers to share their experiences and stories. From forest to desert, jungle to mountain peak, deepest ocean to outer space, historic sites to festivals and events, solitary retreat to navigating regions torn by war or natural disaster, travelling around the world to touring the hidden wonders in your own backyard – who knows how far we will go!

Hope you will join me this Tuesday as I interview Laura Bingham who is cycling from Ecuador to Argentina alone with no money! 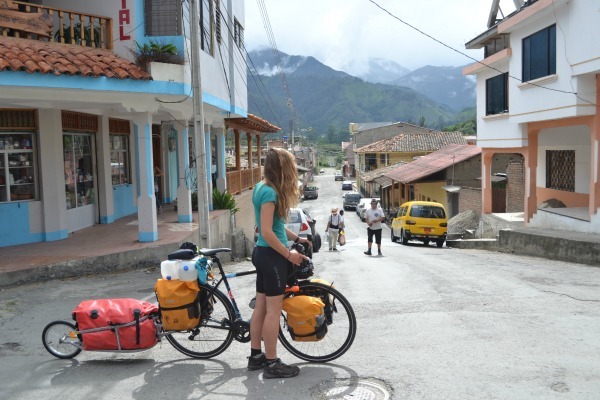 We’ve got two weeks of great content to catch up on, so let’s get started.

Sandy Antunes was back with another issue of Sandy’s Soapbox, this time detailing a game based on communication and covert signalling in “Hidden Games: Call of the Wyld”.

Fred Furtado also continued his Superseeds column with the first issue of a series dealing with legacy heroes in “Legacies of Power, Part One.”

RPGnet also published a bushel new reviews in the last couple of weeks:

Yr. humble editor is going to briefly break the Newsletter’s general policy against suggesting “Hey! Look at this other thing on the Internet!” threads, by suggesting one that popped up in Other Media: “Mark Hamill with Daisy Ridley picture.” Not much to say about it other than that it’s worth seeing.

Another fun Other Media thread that recently popped up was “Transformative covers that absolutely KILL it!” If you’re in the mood for some genre-bending or -breaking cover music, there’s lots of links in there to scratch your itch.

Over in Dungeons & Dragons / Fantasy D20 Spotlight is a very clever method for reinvigorating some old RPG content in “[Let’s Read] The 1E Monster Manual for historical fantasy purposes.” How can the frankly insane monsters found in the 1E Monster Manual be incorporated into a fantastical campaign set on our Earth? Find out inside.

This last thread is a little old for this issue, but yr. humble editor couldn’t pass up recommending it: “How do dwarves tell time?” There is gold in here (dwarven pun) for any fantasy GM or game designer.

Who’ll Stand Up for the Other?