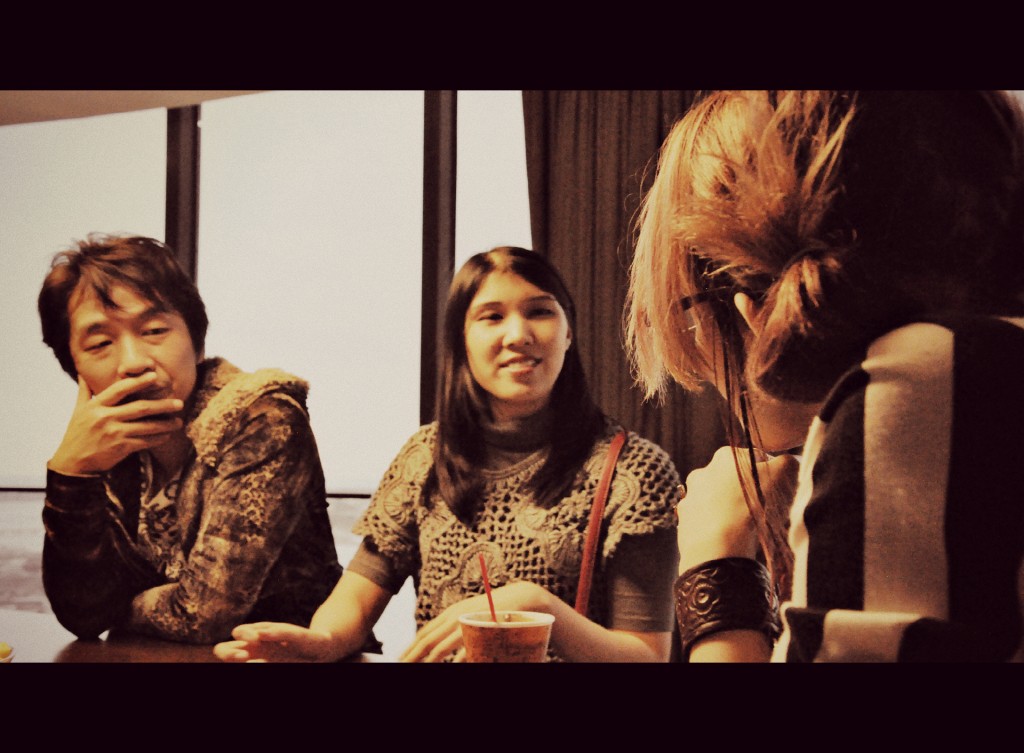 It has been 17 years since the first Silent Hill game was released in North America for the Playstation back in 1999. There have been a lot of ups and downs for fans of the series (and for the games themselves) having changed developers, studios, etc. for years after the first initial four games were released. With the Silent Hill HD Collection and the recent heartbreaking news about Silent Hills (which no, I don’t think we will ever really get over) there has been a lot of sadness going around. Instead of feeling melancholic, let’s celebrate its 17th birthday instead!

Here is a short interview I was personally humbled and honoured to do with renowned music composer/ game director Akira Yamaoka at the Midwest Media Expo last April, with a few photos following.

Nikki Lyka for Amazing Stories: Thank you so much for taking the time to do this interview with me so last minute, I really appreciate it!

Akira Yamaoka: Oh, no, it’s not a problem! (laughs) Thank you for the interview!

ASM: As a first question, what are you working on currently that you can tell us about without getting into too much trouble?

AY: I’m working on a game right now called, ‘Let It Die’ and it should be released sometime next year in 2016.

ASM: Will it be a survival horror game like Silent Hill and Shadows of the Damned is?

AY: It’s not straight up horror, it’s an online game but it’s going to have some scary horror elements in it for sure. I’m excited for everyone to play it when it comes out.

ASM: I am definitely excited for that! What originally got you into the horror genre or was it something that you always enjoyed?

AY: I already originally liked horror type things; scary, dark image type things. So I was lucky enough to be able to work that into work and everything else.

ASM: I am a huge horror fan as well, always have been, so we have that in common, haha!

AY: (laughs and nods) Do you know Suspiria?

ASM: I absolutely love Suspiria, I sure do know it!

AY: I’m working on a new title with Dario Argento called ‘The Sandman’ and am currently composing/ doing the music for that right now, it should be a really good time.

ASM: Oh that’s amazing, I’m excited for that! As far as creating music goes, what would be your favourite track from the entire Silent Hill series and why?

AY: I like all of them! (laughs) but the one that stands out the most is ‘Theme of Laura’ from Silent Hill 2, and especially when a lot of fans will come up to me and say, “Oh I love that song!” it kind of reinforces it. I take it that’s one you like as well?

ASM: I love ‘Theme of Laura’. The entire score for SH2 is beautiful. It’s really hard for me to choose a favourite song though, I love the entire series to say the very least. Did you always want to be a music composer or was it something that you just happened to fall into?

ASM: Before I forget to ask, how much fun was it working on Shadows of the Damned because that entire game is ridiculous and amazing.

AY: (laughs) I got a lot of creative freedom when working on the game, and it was something new to work on that was really exciting.

ASM: That game was crazy, it’s so good. (laughs) When you do the music for games, do you play them beforehand to get inspiration for your music or do you just get a general idea and go from there?

AY: Oh definitely! A lot of them, I will play the test versions and make the music as I go along with it. So I will play the game to get a feel for it, and if a game is really interesting and good I’ll make good music for it, and if it’s bad and not very good…I’ll kind of, think about what kind of music would fit the series.

ASM: Was there anything specific that inspired you while doing the music for Silent Hill, or was it something that you got the feel for as you went through them?

AY: There wasn’t any direct inspiration, but I drew a lot from real life. When you’re up late at night and scary sounds, like scary incidents that happen outside. Taking those and trying to translate that into sounds that is relatable to everyone, not random stuff just like in movie plots, but every day things.

ASM: That makes a lot of sense, it’s definitely effective. There are sounds that make me uneasy and even more so thanks to the games. Even the elevator ride up here freaked me out a little with the creaks and expecting to end up in a crazy Silent Hill. (laughs)

ASM: Are there any games in general that you enjoy playing a lot, outside of the ones that you’ve worked on/ are currently working on?

ASM: Good! (Laughs) You have excellent taste. We will have to wrap this up as we’re out of time, but is there anything you would like to say to your fans before we go?

AY: Everyone that supports my work on Silent Hill, it’s been a really long time, over 10 years. I want to continue making new material and that hopefully will meet the same standards everyone has for me and it would be great if everyone could keep supporting and looking forward to my work in the future. And I’m also excited to perform live with Mary and the rest of the Silent Hill band, it’s a lot of songs that people really love and also we love doing it.

Most of the interview and the conversation afterward were mainly laughing and conversing about old horror films and games. It was not only a dream come true for myself personally to be able to talk to a music composer I’ve respected for over half of my life, but what really made it wonderful is just how humble and excited he was that we were talking about Silent Hill and every other facet of horror games. Genuinely one of the best experiences of my life. If you would like to follow Akira on his future endeavors, you can do so on his Twitter or on his official site, AkiraYamaoka.jp