Home Excerpt Excerpt: The Name is Not Important by Daniel Salvo (English Translation)

Here I am, with a fresh green light from Steve to published excerpts. The first one is from our blogger Daniel Salvo. This story is part of his book El Primer Peruano en el Espacio. This is the first time this story is published in English. Enjoy! 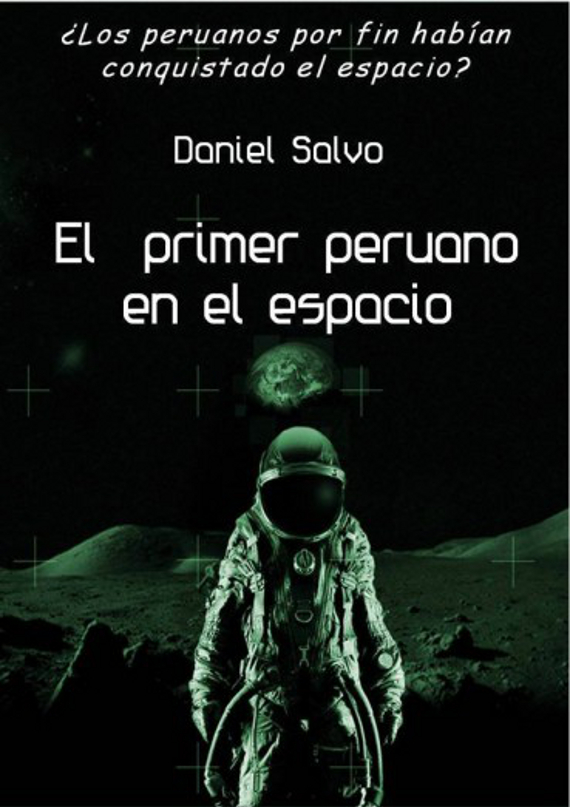 THE NAME IS NOT IMPORTANT

To Isaac Asimov, of course

The Foundation existed! Glorious and bright, it spread its beneficial influence across the spiral arms of the galaxy. Uncountable worlds were under its aegis. Its power and wisdom were huge, considered infallible and eternal to the point the galaxy citizens referred to it as either “the Foundation” or “the Empire”, knowing they were part of the most perfect government system mankind had ever known. Humans had never been more aware of order, progress and prosperity.

And they owed everything to just one man.

This man, unlike other Messiahs in the human past, wasn’t a legendary figure whose origin was lost in the haze of time. He’d had a name, a family, flaws and virtues, but it had been his transcendental discovery, Psychohistory, what had made him stand out from crowd. He’d been almost deified, as much as he could be in the new Galactic Empire the patient work of the Foundation had created.

As a sign of acknowledgement, people referred to him as “the Founding Father”, the First, the Creator of Psychohistory. The general notion was he hadn’t been an ordinary human being. His life was still being studied and set an example for the Empire citizens. So, surprising new findings were always coming up, revealing new aspects of the Founder’s personality. Until one day…

“And one of the worst kind, Tossem. It attacks the very basis of the Foundation.”

Tossem Amur and Dameth Gomm were, respectively, the Biography Project Head and Secretary. The Project was based on a discovery that allowed the possibility of traveling through different time planes in a certain way, given their scientifically proved coexistence. In other words, time travel was now possible (though the scientists involved in the Project tried not to use that expression) and a series of “effects” in different time planes could be produced without the need of actually “being there”. This miracle was accomplished through the projection of convergent energy beams polarized through a kind of tunnel featuring alternate grooves that gave whoever was looking at it the impression of a black and white spiral cavity. The combination and hue of these extreme colors allowed the “forward” or “backward” time effect. Depending on the proportion of activated grooves, the effect was projected towards one time direction or the other, the past or the future. Of course, the mathematics involved in such a development expressed all this in a more complex way with very different terms, but the scientists responsible for the Project knew they were forced to use simpler, more imprecise words for the politicians to understand.

The first tests performed in the time tunnel (named like that by a cheerful archeologist to honor a very old entertainment ritual) had created some problems. The past (or hypotime) citizens had seen the focal points in the tunnel as bright lights in the sky, taking them for artifacts of unknown origin and starting the so-called “UFO phenomena” sightings, so cherished in the times prior to the Foundation Era. After decades of research, the time tunnel operators had overcome the undesired effects and now any human era could be investigated without their citizens noticing.

It was the possibility of studying the past without influencing it what had given birth to the Biography Project. Imagine having a whole record of the Founder’s life! His birth! His studies! His words! Wouldn’t that be awesome, a fair tribute to the creator of Psychohistory? The human race agreed and the best élite scientists were selected to carry it out.

The Biography Project was ready to start. Tossem Amur and Dameth Gomm had scheduled the date of the first exploration of the Founder’s life when an unexpected catastrophe took place.

The catastrophe was caused by another discovery. Julbo Bruno, a Psycholinguistics and Neurophonemes student applied a series of equations (of his own inspiration) to the Founder’s works and speeches collected through the years. And he found something frightening, something that could only be considered a heresy by a mind educated outside the Foundation parameters.

Historically speaking, the Founder had actually discovered, theorized and written about Psychohistory, setting the basis of its later development, but Bruno’s analysis showed the concept itself hadn’t been created by the Founder at all. It didn´t belong to him.

Thousands of years of evolution and development of logical and mathematical analysis were applied to Bruno’s equations. The only positive thing about the crisis was verifying the student´s genius was as high as the Founder’s—if he really was the Founder.

The discovery was published only in very restricted academic and government circles. The Emperor himself was uneasy. Millennia of safety and hope on a single man could crumble. The veneration of the Founder’s memory was the cornerstone upon which the Galactic Empire went on.

The logical conclusion was unmistakable—somebody else had inspired the Founder the idea of Psychohistory.

The knowledge of this variable, the only one that allowed a solution to the problem discovered by Julbo Bruno’s theory, was a relief for scientists. They even spoke of a psychohistorical inevitability that had made the simultaneous emergence of Bruno’s theory and time travel possible. The solution to the crisis was then obvious. Somebody had to “go” to the hypotime, the time when the Founder was alive, and explain the basic notion of Psychohistory to him. The equations showed that, from that moment on, the events which would lead to the present would be triggered and the Foundation would be established. There was just one thing to do—find the appropriate time and place to explain the notion of Psychohistory to the Founder.

It was a place like many others in history. A counter with drinks on it, some seats, tables, smoke, music and laughter. A man was sitting in a corner, drinking thoughtfully from a glass.

His face showed annoyance when the stranger sat down opposite him. There was something unpleasant in the newcomer, but he couldn’t decide if it was his pale complexion, his baldness or his indefinable accent. Besides, his clothes looked like big pieces of fabric with buttons sketched on them. He wished the man would leave soon.

“You don’t know me, but I’m a big fan of your work,” the stranger started. The other man continued to drink in silence. “You’re known as an efficient and clever scientist and that´s a very interesting and very suitable task for our time. But nothing in your work stands out too much as compared to your colleagues’ work. However, you’re getting increasingly famous for your other texts. Don’t get angry, but I think I have an idea about something that will perpetuate your name among humans. You know us humans like to be spoken about ourselves.”

The lights suddenly went off, but the stranger continued to be perfectly visible. Stiffening, he recited these words.

“Imagine a new science that lets you predict the behavior of crowds, a science that foresees the tendency the human history will follow centuries or millennia in advance, a science we could call Psychohistory. Imagine exposing those ideas in a novel or short story.”

Isaac Asimov’s eyes brightened up. Suddenly, he put on his thick glasses to see his partner better.

“The name is not important,” Julbo Bruno said.

The journey to the Foundation had started!

Daniel Salvo: Born in Peru, South America, in 1967. Writer of science fiction, fantasy and horror stories.He is the creator of Ciencia Ficción Perú. He writes for “El Peruano” (Peruvian official newspaper) a column of the genre. His story “The first Peruvian in space” (Translated by José B. Adolph) was included in the anthology “The Apex Book of World SF 2”. To read his articles in Amazing Story