An excerpt from the second novel in Weston Ochse’s Task Force OMBRA series. 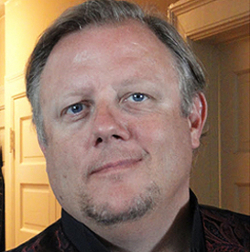 Weston Ochse is the author of more than twenty books, most recently SEAL Team 666 and its sequels Age of Blood and Reign of Evil, which the New York Post called ‘required reading’ and USA Today placed on their ‘New and Notable Lists.’ His first novel, Scarecrow Gods, won the Bram Stoker Award for Superior Achievement in First Novel and his short fiction has been nominated for the Pushcart Prize. His work has appeared in comic books, and magazines such as Cemetery Dance and Soldier of Fortune. He lives in the Arizona desert within rock throwing distance of Mexico. He is a military veteran with 30 years of military service and currently returned from a deployment to Afghanistan.

David Gerrold, no stranger to military SF (War with the Chtorr series) had this to say about the series:

“Grunt Life was a major achieve- ment in military SF! A real page- turner! This new chapter in the series is even better!” – David Gerrold, Hugo and Nebula Award Winner of The Martain Child 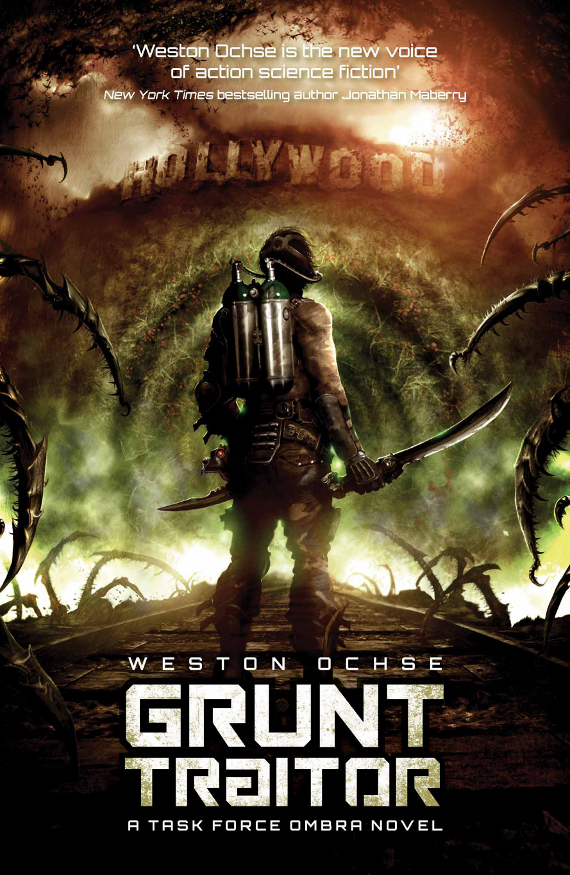 Note from the author: I chose this excerpt as a juxtaposition from my essay about there being no hope against the aliens. Try telling a squad of grunts there’s no hope. There’s always hope, they’d say, you just have to know where to find it. In this section you’ll see the leader trying to improve his unit’s morale. Whether he does a good job or not doesn’t really matter. There’s something about small unit cohesion that’s been the same since the dawn of the first war and you can see it working perfectly here. (You can read Weston’s essay here.)

I couldn’t help a grin. Stranz was right. I needed to see if I could save it. “Shakespeare commemorated the speech in the play Henry V,” I said. “I saw the movie version and every time I see it again, the speech gives me chills. Sure, it talks about being outnumbered, but it also talks about pride. What was it the King said, Ohirra—the fewer the men, the greater the share of honor?”

She nodded. “It was the idea that the English didn’t need as many men as the French because they were intrinsically better. Don’t forget this was the first large-scale battle in which the English longbow was used. The French didn’t know what to do. The arrows crippled them.”

The French lost something like ten thousand men while the English lost less than two hundred,” I added.

Sula let out a low whistle.

“They had better weapons, just like we do,” I said.

“So what does St. Cripsin’s Day have to do with it?” Stranz asked.

“It was used as a touch point, a date to mark their destined victory. I actually memorized this one stanza: He that shall live this day and see old age, will yearly on the vigil say to his neighbors that ‘To-morrow is Saint Crispin.’ Then he will strip his sleeve and show his scars, And say ‘These wounds I had on Crispin’s day.’ It’s the idea that they’d survive, and that everyone who wasn’t part of the battle would wish they had been.”

“And it worked?” Stranz asked.

“Then again, it could be the more advanced weapons they were using,” I said

“How many Cray do you think there are?” Sula asked.

“How do we know this isn’t more like the Charge of the Light Brigade?” Stranz asked.

I looked to Ohirra to answer that one and she immediately jumped in. “The Charge was against several battalions of artillery, and many thousands of rifles. It was really a hopeless gesture.”

Sula closed her eyes and spoke. “Cannon to right of them. Cannon to left of them. Cannon behind them. Volleyed and thundered. Stormed at with shot and shell. While horse and hero fell. They that had fought so well.” When she opened her eyes again, she saw we were all staring at her. “One of the poems we had to memorize in English Lit. I also had to memorize ‘The Raven.’ Want to hear that?”

I chuckled. “No thanks. I just didn’t know I was in the midst of so many literary grunts.” I glanced at Stranz.

“Don’t look at me. I peaked at Green Eggs and Ham.”

Stranz shook his head. “I’ve always thought that’s a stupid name for a raven. Never understood why there had to be a poem about it either.”

I stared at Stranz for a long moment, then broke into laughter. Sula joined. Stranz did too, even though he didn’t know why. Even Ohirra joined in. When I was done, I wiped tears from my eyes.

I surveyed my team of grunts. I couldn’t have been more proud. “You ready to go kill some Cray?”

I turned to head out the door and heard Stranz say, “Turned out to be a pretty good speech after all.”

I grinned as I slipped into the Los Angeles night.

Henry Bäx’s The Inventor of Dreams is a science fiction book with sobering concerns.