Home Film/Televison There is Something Brewing in the DC Kitchen… 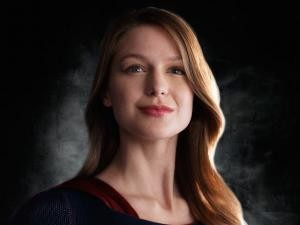 …and boy does it look good. DC is really stepping up to compete with Marvel, with the release of pictures from its upcoming TV series Supergirl and DC’s Legends of Tomorrow. What with next year’s Batman v Superman: Dawn of Justice and the following The Justice League Part One and the success of current TV shows Arrow, The Flash and Gotham there is plenty to keep fans interested on DC.

Marvel too has a lot going on though. Agents of S.H.I.E.L.D. and Agent Carter both got renewed, Daredevil has been a great hit on Netflix, Avengers: Age of Ultron has done amazingly well at the box office, despite the Twitter trolling of director Joss Whedon. Ant-Man is due out in a couple of months, and it was also announced that he’ll be appearing in next year’s Captain America: Civil War. Then there is another Thor movie (Thor: Ragnarok), another two new Avengers films – Avengers: Infinity War Part 1 & 2, both of which will be filmed entirely using the brand-new IMAX/Arri Digital Camera – the first Hollywood films to be shot in the next generation 2D digital camera. I’ve just invested in a new Ultra HD LG 4K TV for my living room, this announcement has made me extremely excited for when I can watch it on Blu-Ray (although via the IMAX first of course). 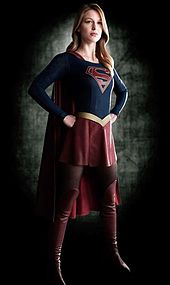 But, back to Supergirl. This is one I’ve been waiting to see for a long time. We had a brief glimpse of Supergirl in Smallville, and the film, well I enjoyed it as a kid, but I have to leave it a rather long time in between viewings to enjoy it again. The costume for the new outing appears to be inspired by Superman’s costume from Man of Steel, and it looks good. I’ll have to get myself a new costume as mine is clearly outdated now! Supergirl is played by Melissa Benoist of Glee fame. She was great at playing a vulnerable character (not to mention a great singing voice – but please none of that for this show) so I think she will do wonders with Supergirl.

Then there is DC’s Legends of Tomorrow. It is a spin off of a spin off. First there was Arrow, then The Flash span off and became a sister show. The they took 2006 Superman Brandon Routh (Superman Returns) and popped him in to Arrow as Ray Palmer/Atom. Now he is going to the new show, along with Caity Lotz, aka Sara Lance/The Canary, who is seems to have climbed out of her Arrow grave to star in this show.

So, a lot to enjoy this year and beyond. What are you looking forward to?