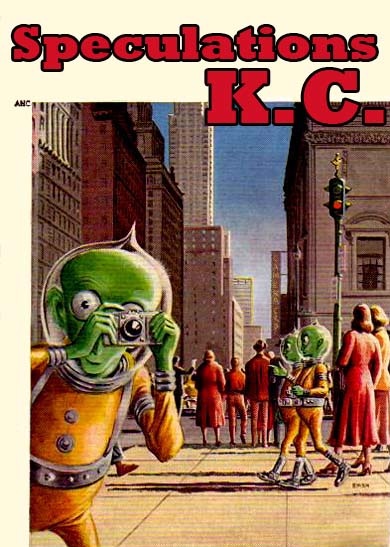 As those of you who read these posts of mine know, (and yes, I’m talking to both of you) I’m a proponent of using Kickstarter or other crowdfunding platforms as a publishing strategy. I’m going to tell you about three I’m excited about. Two of them are ending in the next couple of days, so if you’re interested, you’d better hurry and pledge so you don’t miss out. I’ve pledged all of them.

The first is Speculations K. C. This is a Kansas City Worldcon Anthology to be published in conjunction with MidAmericaCon II, which is the 2016 Worldcon. Edited by Brayn Thomas Schmidt and published by KacAFFA Press, it will collect new and reprint fiction that has some connection to Kansas City. The connection could be setting or author, and the genres presented will include science fiction, fantasy, and horror.

Kansas City has played an important role in the genre’s history. A number of writers and artists have lived in the area. Speculations K. C will include stories by George R. R. Martin, the first Dresden Files story by Jim Butcher, Robert Heinlein’s favorite story from among his work, plus original stories by William F. Nolan (co-author of Logan’s Run), Pat Cadigan, and others.

Bryan Thomas Schmidt puts together good anthologies, and I’m looking forward to this one. The cover design isn’t finalized, but you can see the art. It’s by Ed Emshwiller. 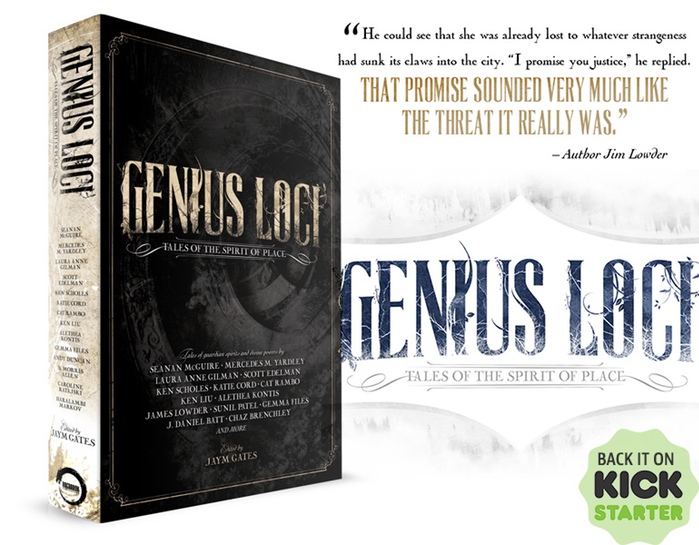 The second project is Genius Loci: Tales of the Spirit of Place. This one is from J. M. Martin, one of the driving forces behind Ragnarok Publications, which will be publishing this anthology. He’s another editor who puts together some great anthologies, such as Kaiju Rising and the forthcoming Blackguards. The editor will be Jaym Gates.

Some of the contributors are Ken Liu, Gemma Files, Andy Duncan, Cat Rombo, Ken Scholes, and Steven Silver. The table of contents lists 32 stories by 33 authors. The stories are all written, and the book will be over 500 pages in length..

Genius Loci will focus on stories where the place has consciousness or there’s some other intelligence present besides you. Ragnarok publishes large, gorgeous collections, and this one looks to be no exception. The Kickstarter for Genius Loci also ends in a couple of days. 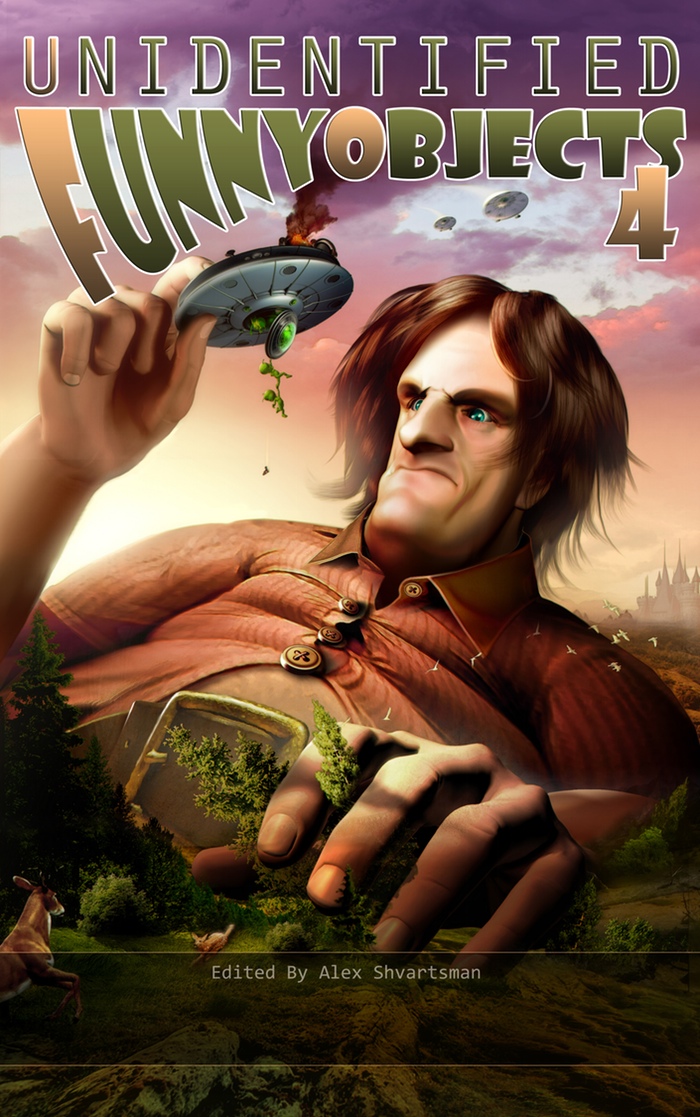 Finally, we have Unidentified Funny Objects 4. As you might expect from the title, this is an anthology of humorous short stories edited by Alex Shvartsman. The contributors include Mike Resnick, Neil Gaiman, George R. R. Martin, Piers Anthony, Esther Freisner, Jody Lynn Nye, Karen Haber, Gini Koch, Tim Pratt, and others.

The theme for this one is dark humor. That’s not something you see solicited often. Of course you don’t usually see solicitations for humor much either.  If you ask me, there are some people in the field (no names) who need to lighten up and laugh more.

This is the fourth Unidentified Funny Objects anthology. I’ve missed the first three, but they are available as rewards for some of the backer levels.

So in conclusion, here are three anthologies that I’ve supported and am looking forward to reading. Check them out, and if one of them seems to be your kind of thing, support it.