I had the great privilege of interviewing Travis Heermann, who is, in his own words a “writer, novelist, award-winning screenwriter, editor, poker player, poet, biker, and roustabout.”.

From reading his press release and profile, I would label Travis a prolific writer and adventurer!  Aside from all his credentials, what made me take notice was the reviews of his new book, the second in the Ronin Trilogy series, Spirit of the Ronin. Take a peek! 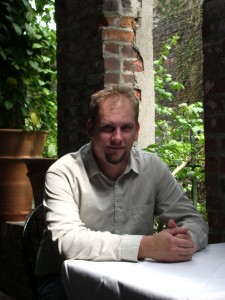 “From the first sentence, Travis Heermann weaves a tale that sucked this reader into a rich Japanese tapestry full of ronin, samurai and magic. It was hard to put this book down to sleep.” – Patrick Hester, Hugo-Award Winning SFSignal.com and the Functional Nerds Podcast

“Travis Heermann takes everything I loved about Heart of the Ronin (adventure, intrigue, sympathetic characters), puts it in a pressure cooker and serves it with a side of Awesome. Sword of the Ronin is his best novel yet and won’t disappoint.” – Shaun Farrell, Adventures in Sci-Fi Publishing

“Sword of the Ronin is a raw and energetic adventure that explores deep and eternal themes such as honor, love, and betrayal while maintaining an engaging, humorous, living world. It also has an awesome ronin hero who hacks lots of bad people to bits, if you’re into that sort of thing. Which you definitely should be.” – Rich Wulf, former lead writer for Legend of the Five Rings and author of The Heirs of Ash Trilogy.

“A rich, engaging, morally complex historical fantasy, deeply embedded in Japanese culture…. Sword of the Ronin balances action with more intimate drama as both reader and hero question the way forward, and move through a landscape of war and legends to just the right moment of balance before the third volume. I, for one, will be looking forward to it.” – E.C. Ambrose, author of Elisha Barber, The Dark Apostle series

If writing an interview would help me glean some of this greatness, I would submit a novel to Amazing Stories just asking him questions. Travis is a fun person with a sense of humor and his career is well on it’s way to legendary! 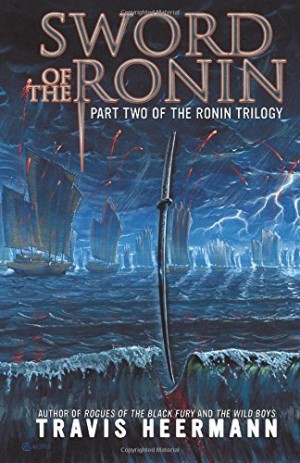 Dianne for Amazing Stories:  Travis, thank you for taking the time from your busy schedule to be with us today! Could you tell us a little about yourself? When did you begin writing and what first compelled you to become an author?

Travis Heermann: I began writing when I was twelve. When you grow up in the middle of nowhere, imagination is your best friend. I discovered a John Carter of Mars novel by Edgar Rice Burroughs, The Synthetic Men of Mars, in the school library, and that book so lit a fire in me that I borrowed my mom’s old Smith-Corona manual typewriter and proceeded to pound out two hundred plus pages of John Carter ripoff. I guess nowadays we can it fan fiction. But that was the beginning. By the time I got out of high school, I was reading how-to books, subscribing to Writers Digest, submitting stories to magazines and publishers, and collecting rejection letters.

ASM: What’s books have you read that inspired you the most?

Aside from Burroughs’ Mars books, other early influences were Robert E. Howard’s Conan stories, Stephen King’s The Shining, Pet Sematary, Salem’s Lot, and The Stand. Then of course, Tolkien, and Frank Herbert’s Dune. In my twenties, Ray Bradbury was this shining literary behemoth, particularly Fahrenheit 451. Reading that book changed my life. Nowadays, one of my favorite writers is Joe R. Lansdale. I love the way he juxtaposes grotesquerie with sly wit. And speaking of wit, it is hard to find wittier than Oscar Wilde. That guy could turn a phrase.

ASM: I so agree! I noticed in your bio that you are a professional poker player? That must be exciting and an inspiration for some of your characters, perhaps?

TH: I’m a poker enthusiast, but not a pro. I used to play online quite a bit, and I play in low-stakes tournaments, but never tried to make a living at it.

ASM. Which do you like writing more, novels, poetry or screenplay and why?

TH: My preference tends to be novels, because that’s where I’ve devoted most of time learning the craft. I’ve written several short and feature-length screenplays, and I enjoy that format immensely. Screenplays are less of a time commitment than novels. Poetry is great for expressing moments of high emotion, or working on catharsis, or just exercising my creative wings.

ASM: Which novel of yours was the most challenging to write? Why?

The most challenging was probably The Wild Boys, because of the nature of the subject matter. It is written for the Young Adult market, but it’s a horror-thriller, so I was constantly worrying about whether I was crossing invisible lines in what was acceptable for that market. Eventually I threw all those concerns out the window and just wrote the book I wanted to write.

ASM:  You’ve written a “Must-Have to Survive a Werewolf Apocalypse”. Would you like to summarize that document for all our Amazing Stories Readers, just so some at least some of us in fandom will make it through this horrific event?

TH: Unlike a zombie apocalypse, a worldwide plague of lycanthropy would be much more difficult to contain, mainly because we won’t know who the monsters are. Lycanthropes can change back into human form and hide in the normal population.

A few items will be handy to keep around, just in case:
1. Bear Spray. Industrial strength pepper spray capable of stopping a charging grizzly bear in its tracks.
2. Ultrasonic Sound Blaster. A little black box that emits a powerful ultrasonic sound wave, inaudible to humans, that comes in various models and decibel ranges. It might give you a few extra seconds to get away.
3. Firearms. Useful for self-defense when the werewolf is at your doorstep, but authorities tend to frown on homicide, which may be charged if you shoot lycanthropes in their human form.

ASM:  I see that you are amazingly prolific. If you ever do have time to set your pen down and leave the house, where do you go? What is your favorite form of recreation? 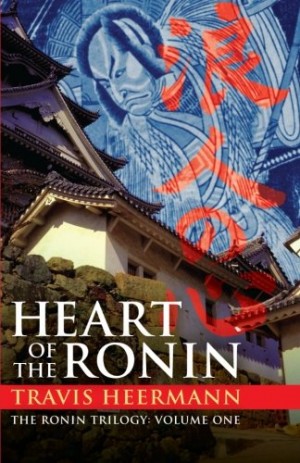 ASM: So many worlds and so many characters, do you ever run out of ideas? Where do they come from?

TH: Any professional writer will likely tell you that they don’t have enough lifetime to write all the ideas that come. Ideas from everywhere, from life, from experience, from people we meet, from seeing the grandeur of nature, from other artistic works—songs, illustrations, stories, plays—and often the most interesting inspirations come when we ask the question, “What if…?” Or juxtapose two things we love. “What if I mash up Jane Austen and … zombies! Yeah, zombies!” Well, that one has been done, but you get the idea.

TH: I’m a foodie, and I come from a family that’s incredibly proficient at eating. Food has so many different associations and purposes. Soul food, comfort food, fast food, but there’s also make-up food, impress-the-hell-out-of-her food, nostalgia food, throw-it-in-the-crockpot-all-day food. And let’s not forget desserts. That one is the easiest to answer. The King of the Universe of All Desserts is: crème brulee.
And if you absolutely must pin me down, when I really feel like celebrating, I go hog-wild for BBQ.

ASM: What’s the best pitch you ever gave for a screenplay?

At the CINEQUEST Film Festival in San Jose in 2012, I had my first opportunity to pitch, ever. I was pitching to two of the festival organizers and a producer from Warner Brothers. Oh, and this was on a theater stage in front of three hundred people. So, you know, no pressure. I pitched the logline and an overview the horror-western screenplay DEATH WIND I wrote with my buddy Jim Pinto, (with which we won the contest that year), and did reasonably well. The producer from Warner Brothers said he loved my pitch, but he wasn’t looking for “genre.” So, c’est la vie.

In addition to going far with his career, Travis is a traveling man in the world as well. He’s been to East Asia, with visits to Vietnam, Thailand, Cambodia, and Bali, and loves to tell stories about his experiences. His most recent travels took him to Cuba with a group of doctors and psychologists for an educational exchange about the Cuban medical system. On two separate occasions, he embarked on bicycle trips across mountainous rural Japan, each covering 300km in three days, to raise money for Indian Ocean tsunami relief. His books go around the world too! His novel Heart of the Ronin has been translated into Tagalog and published in Indonesia by Mahda Books.

Travis is running a Kickstarter for the final conclusion of his saga Spirit of the Ronin.Take a look and please help support this series!