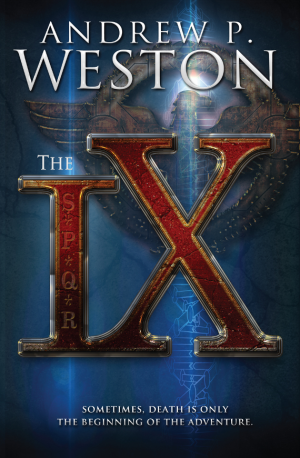 Rhomane, the only remaining city on the planet Arden, is under siege by a group of mindless monsters known collectively as the “Horde.” Arden is not the only planet the Horde besieged … it destroyed 30 planets in 15 months. The Ardenese population is being decimated; while once there were eight billion humans on the planet, only eighty thousand remain. The Horde continually attacks the walls of the city, walls built using lydium, the densest material known, even though the attack results in each monster’s demise. The walls will hold … or will they?

The Ardenese believe that the only solution to prevent their total annihilation is to create a rip-tear in space-time, combining their life forces into an Ark. They leave behind an Archive-Architect, programmed to search for life forces from Earth; bringing them via a stable gateway to Arden with the hope of stopping the Horde and rebuilding the planet. The Architect searches Earth in various eras: the past, the present, and the future. Eight cohorts have already been transported to Arden from Earth with no decrease in Horde activity. The ninth brings the Ninth Legion of Rome from the year 120, soldiers and members of Indian nations from 1860, and Special Forces members from 2052. Combatants who were enemies in their own eras must learn to work together in this era to ensure the survival of the remaining humans. Resources are rapidly dwindling. Will the ninth cohort find the clue to survival by listening to the Cree shaman from 1860 and the medical doctor from 3314, or by using currently known science and technology? Commander Saul Cameron carries the fate of Arden on his shoulders.

I really enjoyed this book. The author deftly weaves the horrors of the Horde stealing human life-essences, with the beauty of his prose and imagery. I was right there, on Arden, while reading. Action-packed through every chapter, the story unfolds as former enemies are forced to learn how to trust each other, to trust the visions and experiences of those who walk the spirit-world, and to share information. I highly recommend this book to fans of SF, horror, and fantasy.