Home Film/Televison Can There Be Too Much Of A Good Thing? 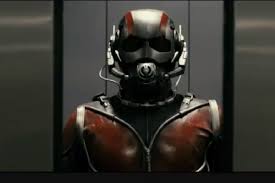 This past Tuesday, Marvel released the first trailer for this Summer’s ANT-MAN, and on Tuesday next they will release the next look at AVENGERS: AGE OF ULTRON. Over the past six years this has become part of our annual tradition, the knowledge of and preparation for the unleashing of a pair of high quality superhero action films integrated into a tightly controlled, shared universe. It’s been long enough now that it’s hard to remember a time before Robert Downey, Jr. strolled out of Paramount’s IRON MAN and into Universal’s INCREDIBLE HULK as the same character, before end-credit stingers were considered requirements and a collect groan was heard if there wasn’t one. It was a state of affairs comic fans had been waiting for since forever but which never seemed likely – the logistics were too hard, the potential for tying up too many brands within too few properties was too high.

And then AVENGERS made $1 billion worldwide and, like it’s 60s forebears, the Marvel way stopped being the exception and became the rule.

Suddenly everyone and their brother who had any sort of classic superhero film rights was looking for a way to create their own shared universe and giant-mega-Avengers size crossover films. Sony started laying down elements of the Sinister Six and plans for villain and side-character spin-offs amid a new, giant Spider-trilogy. Fox started laying down their plans for a FANTASTIC FOUR reboot which would include alternate dimensions and different Earths, a trip which everyone whispers will see some sort of X-MEN/FANTASTIC FOUR crossover. And Warner Bros. finally decided it would make a Justice League film no matter what.

It’s one thing to know that, and another thing to experience it. Hollywood likes nothing so much as driving a good idea into the ground before searching out the next one and the reality is this year’s fairly modest helping of a pair of giant Marvel movies will be the last year we can call such a thing a normal. Over the last couple of months one studio after another has released its long-range Marvelesque plans stretching across multiple films to the end of the decade. Next year will see CAPTAIN AMERICA: CIVIL WAR and DOCTOR STRANGE scrunched up against BATMAN V SUPERMAN and SUICIDE SQUAD, alongside X-MEN: APOCALYPSE. The year after that, 2017, is even more packed as we prepare for GUARDIANS OF THE GALAXY 2, THOR: RAGNAROK, WONDER WOMAN, BLACK PANTHER, JUSTICE LEAGUE: PART ONE, SINISTER SIX, FANTASTIC FOUR 2 and potentially WOLVERINE 3. That’s a summers worth of movies right there with just Marvel and DC based comic characters. 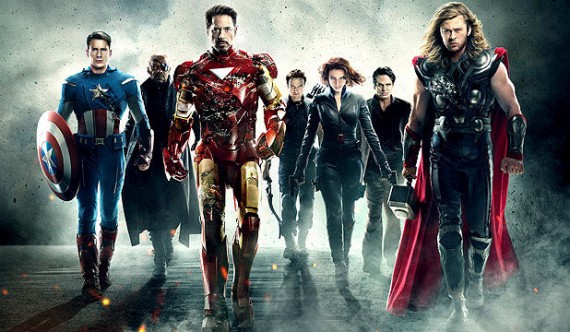 In theory there are 52 weeks each year for those films to be released on, plenty of space for film goers to refresh their palette before moving on to the next big thing. But the reality is giant movies like these are big risks for the studios and only have a couple of likely release dates – essentially the summer and Thanksgiving – are available to reap the kinds of opening weekends they need to survive. At best there are 20 weeks out of the year these films can open on, and one thing everyone agrees is they can’t and won’t open on the same weekend. And even if the definition of ‘Summer’ is stretched to the last week of March, the way Warner Bros. seems intent on doing, there’s still only so much room. Particularly when you realize that everyone else is trying to get in on the same act. The same year this is going on we’ll also be getting SKULL ISLAND, the build up to Warner Bros. big GODZILLA/KING KONG smack down, along with the next helping in Universal’s shared Universal Monster universe (either WOLFMAN or MUMMY, which ever gets done first).

To put it another way, JUSTICE LEAGUE: PART ONE and BLACK PANTHER will be opening within a week of each other and that won’t be the last time that happens. The reality is, for all that audiences seem to really love superhero and shared universe action films right now, that’s because they are the exception, not the rule. They’re special because to an extent they’re exclusive. The same goes for big budget blockbusters in general. When a new one is coming every week and you can’t turn around without getting smacked in the face by the next variation, the specialness slips away and ennui swoops in to take its place.

Forty years ago comic fans watched something similar take place among Marvel and DC when they were just a pair of publishing companies as they slowly strangled the life out of anything non-superhero in the US comic market and then smothered what was left over the next few decades leaving the industry unable and unprepared to adapt to the changing entertainment tastes of the 2000s. The US comics industry has slowly died as a result while Europe and Asia continue to grow amid a wide variety of content and style which has fed and nurtured new fans over the generations. Hopefully history won’t repeat itself again on the big screen, but I have my doubts.