From the age of nine until I left secondary school I lived in hotels. That may sound glamorous to you, but, trust me, it wasn’t. 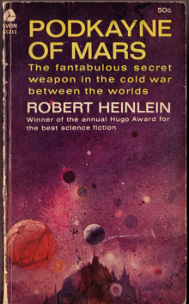 My parents got their first hotel management job in the tiny Tower Hotel, located in Scotland’s smallest county with the longest place name, Clackmannanshire. There was no management accommodation apart from the family lounge, so mum and dad occupied one hotel room and my brother and I had a twin-bedded one further down the corridor. That room wasn’t just where we slept, though. It was also our personal space, haven from the bustle of hotel life with the busy bars, restaurant and guests of various stripes. Quite often, though, I had that room all to myself. My brother, Edward, being more adventurous and outdoorsy than me, I frequently spent the hours in which he played reading. Mostly science fiction. Even at the age of 10 or 11 I could devour a book in a single day. So that was what I did for several years: I read a book every single day. Mind you, that was back when science fiction books rarely ran to more than 150 or 200 pages long, so it wasn’t that difficult to consume them like chocolate bars. Unlike chocolate though, books don’t make put on weight; I was chubby enough as a boy, so the last thing I needed was fattening fiction.

Of course I did venture outdoors with Eddie and our friends, too. We always had great fun. But for me nothing could beat the adventures to other worlds and times that science fiction offered. I was, I suppose a scifi geek, though we were not called that in the 1960s and 1970s. However I wasn’t such a pure geek that I disregarded any other form of reading; far from it. I read widely and intensely. Thrillers, westerns, espionage, horror, you name it. In fact, I read anything and everything. Including the side of the Cornflakes packet if there was nothing else to hand. 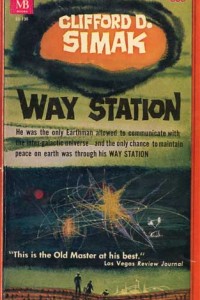 My mother told me I always loved stories, and that I started reading early on, though precisely what I read I couldn’t tell you. The oral stories, though had their roots in the Celtic tradition. I was born on the Isle of Lewis in the Outer Hebrides, a large but lesser known group of islands than Skye, Orkney and Shetland. I can recall my grandparents telling “true” stories around the peat fire – usually involving people with the second sight, ghosts, and visitations by the devil, among other joyful tales designed to delight children. It’s a wonder I could sleep at all at night. But these fireside fables could well be the origin of my love of horror stories and disturbing tales in general.

While I can’t recall exactly when my eyes were opened to the wonders of science fiction, I do remember my mother buying me what was probably a rather expensive  hardback book from a general store. It was a Tom Swift novel, in a black textured paper dust jacket  and interior black and white illustrations of rockets, astronauts, various planets and aliens. Again the details are vague but I have a mental image of one of the characters in repose on a “space chair” of some sort – a cantilevered couch which might have inspired the springy loungers made popular in later years by the Swedish household goods chain, Ikea.

At home (pre-hotel days) and within the pages of books, I always felt safe. Not so at school, however. My early days are primary school were happy enough, but as I started to grow, both taller and chunkier than many of my peers, the bullying began. For the most part it was psychological: I was the fatty, the shy kid who could never stand up for himself, the one who blushed if he were forced to speak to a girl, or to read aloud in class. I suppose it was more the threat of physical bullying rather than the act itself that frightened me. In some ways, having a sharpened pencil stabbed into my arm, or being thrown to the ground and slapped, was more humiliating than painful. One of the bullies, a neighbour’s son, considerably shorter in stature than me, tried to engage me in a fist fight – my father called from the window of our house to “just punch him” which I nervously attempted, swung wide and received a bloody nose for my efforts. So, not only did the boy humiliate me, but my father did, too, by scorning my fear – or that was how it seemed to me at the time.

Given that the psychological bullying the mockery and the daily humiliation that was the hardest to cope with, it seems natural to me in retrospect, that I sought refuge, and redress from the anxieties of the real world by retreating into the fantasy worlds offered by books. Science fiction in particular. Yes, it makes sense to me now that, in order to combat these erosions of my mental and emotional health that I would seek to strengthen my psyche by reading immersively and for many hours at a time.

Within the pages of Robert Heinlein, following the adventures of Podkayne of Mars or the Farmer in the Sky, were havens from my childhood fears. The aliens in Clifford Simak’s Way Station became my true friends, who would never mock or bully or betray me.  On the interplanetary journeys offered by Arthur C. Clark or Isaac Asimov I could be brave, even heroic, and even dodge a laser beam or two, weapons infinitely more dangerous that a sharpened pencil. 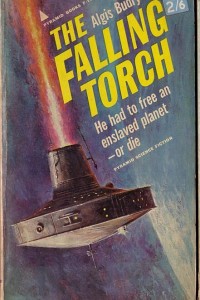 If all this seem like psychobabble, suggesting the only reason I read was for escapism, I can’t blame you for taking such a view. Except you would be wrong to do so. Reading was far more than that. It educated me, at least peripherally, on subjects ranging from biology to cosmology and even physics. Not that it helped much when it came to my secondary school grades in the sciences – creativity, such as drawing and music, as well as literature, were my thing. And just as you don’t have to be a scientist to write science fiction, you don’t have to be one to read it, either. But it did expand my horizons, my curiosity about the world, and worlds beyond this one. And it encouraged my love of language, the written word in general, in a through line which later encompassed the uses to which language could be brilliantly put, from the  plays of William Shakespeare, to abstract modern poetry and, just as importantly, the cinema.

Indeed, in terms of cinema, I don’t remember even having difficulty with subtitled foreign language films. I valued the few international films I got to see for their very distinct approaches to storytelling, which were markedly different to those of Hollywood or British cinema at the time. One especially fond moment for me as a young man when our family, including  my Gaelic granny, watched The Seven Samurai. Granny Macleod was mesmerised. More so that the rest of the family. She was particularly fond of the of the samurai, short of stature, a bundle of nervous energy and also very comical. For all that she couldn’t read the subtitles, she managed to follow the story without much difficulty. Her final reflection of the film I will never forget. In a combination of Gaelic and pidgin English she said something to the effect of “that’s amazing – I never knew they had film cameras back in them days.”

Around then, when I was heading towards my teenage years, and to some extent during them, bookshops per se were not so common as they later became. Instead we had corner shops, which sold newspapers and groceries and occasionally a limited number of books on shelves somewhere in the darkened recesses out of range of the more important goods such as bread, milk, toiletries and confectionary. 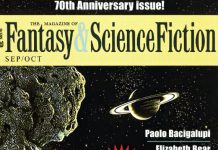 Flash Fiction Fun with the Classics