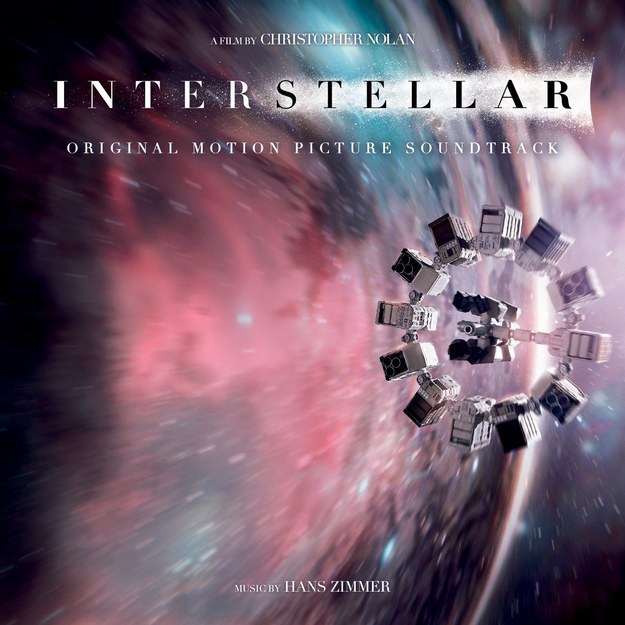 I found the most enjoyable aspect of Interstellar to be the score by Hans Zimmer. I know Zimmer is a composer about whom a lot of people have strong opinions, from those at one end of the spectrum who think he is the saviour of film music, to those at the other who believe that he has more or less destroyed the art of putting music to picture by displacing older orchestral traditions in favour of a more rock-based sound. Which is nonsense. Hollywood went rock in the 1960s and only returned to more orchestral scoring in a big way with the phenomenal popularity of John Williams in the 1970s. The epic symphonic sound was already retro in 1977.

The simple fact is that there is more than one way to score a film. Not every score has to be in the old school Hollywood tradition established by Max Steiner and Alfred Newman. Zimmer’s work itself is enormously diverse, both in style and quality. The man has a tremendous sense of musical drama which has enabled him to develop, as did all the great film composers from Herrmann to Morricone, Goldsmith and Barry, his own, unique, immediately recognisable sound.

I haven’t liked everything Hans Zimmer has done, either in context with the film it was written for, or as music detached from the film. Just sticking to Amazing Stories preferred genres, I didn’t care for Zimmer’s music for Man of Steel, but that may be because I found the entire approach of the film at odds with my idea of what a Superman story should be and how it should be told. I grew-up with the Richard Donner Superman, and nothing will ever replace or come close to that and John Williams’ music. But then I found Inception to be the best scored film of the last few years, and I loved the music to Tron Legacy, a project which despite being credited to Daft Punk had considerable input from Zimmer, together strong orchestral support from composer Bruce Broughton (Tombstone), the end result being an outstanding fusion of modern electronic writing and classic, old fashioned Hollywood epic scoring. Which brings us nicely to what I want to talk about today, which isn’t the music of Interstellar itself, but the debacle over the release soundtrack album. I say ‘nicely’, because what has happened is a similar sort of muddle to that which surrounded the Tron Legacy soundtrack album.

Traditionally most films which get a soundtrack album release at all get a single CD. Depending on a whole host of factors, including licensing, music rights, the scale of various fees to be paid (which could depend where in the world the music was recorded) and the length of the score that CD might, or might, not include the complete music as written for the film. Or it might contain just a small selection of the score together with needle-dropped pop songs considered more commercial by the studio, and, particularly in older decades, the music might even have been completely re-recorded for a variety of reasons too involved and complex to go into here. Film music fans and collectors have long been used to the idea that a soundtrack album won’t necessarily provide a complete, or even a good, representation of the music written for and/or heard in a particular film. So much so that over the last 30 years a raft of specialist music labels have sprung up (Silva Screen, Varèse Sarabande, Lalaland, Intrada, Musicbox, Tadlow, etc) attempting to address the problem by issuing more comprehensive editions of soundtrack albums.

Meanwhile online streaming and ‘digital’ versions of film scores, uninhibited by the 80 minute running time of a commercial CD, have started offering complete film soundtracks from the day of release. These have often been complimented by 2CD physical releases for those who still appreciate a tangible product. Hence while when Peter Jackson’s Lord of the Rings trilogy was released each film was accompanied by a single CD, only for complete multi-disc sets to appear some considerable time later, The Hobbit trilogy has been accompanied by full-length score releases from the outset, with standard and deluxe albums being released simultaneously. Those who wanted every last note of Howard Shore’s scores could have them immediately. No gimmicks.

But when it came to the release of the Tron Legacy soundtrack there was a single CD and a ‘special edition’ two disc set. The problem was that the ‘special edition’ contained only another five tracks, with various other cues being released exclusively for download from a variety of (often obscure) sources. It simply wasn’t possible to pay one’s money and have the whole thing on two shiny discs. The release strategy felt designed to extract every last cent out of the pockets of the dedicated fan who wanted all the music.

With Interstellar the situation has become even more convoluted. There is a single CD, available worldwide. This album contains 16 tracks, runs 71 minutes, and provides an excellent, representative presentation of the most notable music from the score. It is probably as much as most normal people want or need. There is also a ‘digital’ version of the album available for download at all the usual places which offers an additional seven tracks totaling almost another 21 minutes. This though, still doesn’t comprise the complete score. For that one has to turn to the fancily packaged, and ridiculously named, Illuminated Star Projection Box being released by Watertower Music. This is a bells and whistles 2CD set promising an extra 30 minutes of music not available on either of the other two editions and being sold at the premium price of $39.99. According to the marketing blurb it includes: 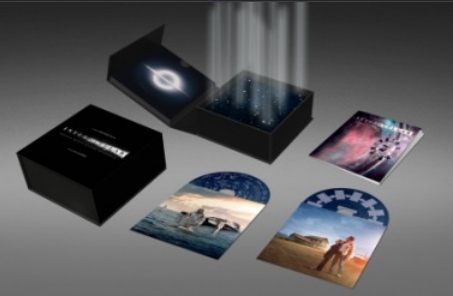 It all sounds good, apart from the premium pricing (for comparison the 2CD set of Howard Shore’s The Hobbit: The Battle of the Five Armies, also released by Watertower Music, can be had for $19.98 on Amazon). The problems are two fold. First, the Illuminated Star Projection Box takes 8-10 weeks to ship – suggesting Watertower are waiting to see how many orders they get before going to manufacture – and worse, it can only be purchased for shipping to a United States address. So much for the rest of the planet in these days of the World Wide Web. And even with all this convoluted marketing there have still be other tracks, as with Tron Legacy, released exclusively as digital downloads from exclusive sources. The cue ‘One Day Dark’ is (or was) available only via Movie Tickets.com.

Incidentally, there has also been much grumbling online that the music for the second docking sequence in Interstellar is not included on the soundtrack CD. Some complainants have gone so far as to suggest potential customers boycott the album because of this missing music. Which is excessive not just because even if the docking cue were included there would still be other music absent, but because the complainants don’t seem to grasp that almost every soundtrack album has music missing. It is the way of these things. If film music fans boycotted albums because of particular missing tracks they would probably never buy anything. Those calling for a boycott of the Interstellar album on these grounds clearly have little understanding of the history of commercial film music releases.

And it transpires there was a good reason the music, as heard in the film, was omitted from the CD. It was music not as composed by Zimmer, but as edited together from the cue Zimmer wrote with extra overlays from elsewhere in the score as added by a music editor. To his credit, once he became aware of the outcry over the missing music Zimmer worked very quickly to add his original version of the piece to the ‘digital’ edition of the album. Presumably, hopefully, it will also be included in the Illuminated edition when that is finally shipped. However, this still did not satisfy everyone, who still demanded the hybrid version as heard in the film be issued. I guess some people will never be satisfied.