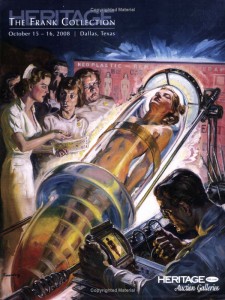 I call these the four “D’s” and no one likes these (most important) reasons for parting with art . . . which means selling or otherwise disposing.   And managing that “pruning” can be very tricky, especially in a small concentrated market.  Like, for example, the one I’m involved with: Science fiction and fantasy art.  Mind you: you don’t have to be dealing with the 4 D’s directly to be moved to sell . . . but the PROSPECT of them becoming a reality can be just as strong a motivator.

There are times when a person must sell.  Sometimes it’s one of the 4 D’s, sometimes we may never know why, all we know is that all of a sudden there’s a collection on the market that we didn’t expect to be there, or auction sale after auction sale is filled with dozens of paintings by one artist – too many of them to not have an effect on the prices for his art.  You can see this happening from time to time with living artists as well – those (I won’t name) who hold “fire sales” – for whatever reasons – and they accomplish the same thing.  In just one weekend’s time, such sales can destroy the market it took them years to build.  Similarly, an artist who strikes gold, with a patron who buys their entire output for a lengthy period of time, is an artist who is also exposing themselves to great risks when that patron stops buying or decides to “dump” their art.  The prices, artificially propped up, can rapidly decline.   High quality art will always retain value, but only 10-20% is at that level.  And when you MUST sell, you don’t have a choice but to let the market decide what the value is – or, put another way – decide which works are in that 10-20% category.  And then we must also reckon with the fact that people, including ME, buy art for many other reasons other than it being ‘the best’ the artist has ever produced.  I buy because it touches me…and I’m just as liable as you to get punished by market forces beyond my control if and when I decide to sell.  (More about “me” later).

Selling is tricky, not just for those reasons, but also because it’s problematic to actually “stop collecting” or (conversely) change directions when you are a well-known collector or artist.  You must have a strategy.  If you suddenly begin to sell, or sell in volume, even if it’s just because you’re tired of it/don’t like it anymore  . . . it’s bound to make other collectors and artists nervous.  They’ll wonder if you know something they don’t….or have a terminal disease…or are getting divorced…and so on.  So you must be very careful in how you go about it, so as not to disrupt the existing market.  There are collectors who, getting wind of bad news, will start hounding you to sell to them, “privately” without letting other collectors know.  There are collectors who, assuming you are desperate, will enthusiastically exploit the situation (I call them ambulance chasers and grave robbers) And what do you do if you’re just ‘bored’ or your tastes have changed, or your spouse hates it  🙂  and you can afford to sell for half of what you paid – just for the option of starting over again, collecting something new? Do you owe fellow collectors the favor of maintaining price levels, or not?

Ok, so what are your choices?  What will be your strategy?  There are Long term, and Short term, solutions. 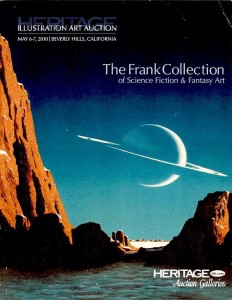 Predicated on you taking the time, and making the effort, to know your own collecting community and which members of that community you can rely on and trust.  I know I am only repeating what others say, when I advise you to have a WILL.  Don’t do it online, get someone who understands the law in your state.  Do not wait.  What may be cherished art and collectibles to you, “stuff” that has market value, not only can be burdens to your heirs but carted away and treated as junk.

For that reason, I advocate planning for the inevitable by not waiting for it to happen.  By that, I mean – determining ahead of time WHAT you want to happen to your collection when (if) you are no longer around to manage that, and HOW and WHEN that management should begin.

What are your choices for managing a collection?

Obviously, the two main choices are managing the dispersal/disposal of the collection AFTER you die, or BEFORE you die.  Whether it’s Before, or After, your choices are basically the same.  The difference is that one instance you are there, and in charge of how it plays out…..and in the other, well, unless you believe in hauntings….you are not. 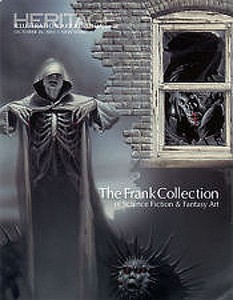 The above list is pretty much self-explanatory.  And we (your author here, and spouse) have opted for all but #6.  And BEFORE, rather than after . . .But as for a Museum: We are simply not wealthy enough (eg., Paul Allen. Kevin Eastman, Damien Hurst, to mention only 3 who are/were) to consider that option, despite the encouragement of others.  We thought about it.  We established a 501c3 foundation as a fail safe.  But we ran the numbers and we didn’t have the 50 million .  Or know anyone else who did, who would fund it. So that was off the table, when all was said and done.

My story is not your story, but I believe strongly in planning for the future of YOUR collection – be it small, medium or large.  This is not so much a matter of HAVE to sell as WHEN and HOW.  The time to decide what to do with your collection is the first day you realize that your collection has value, and then you must act to make sure your wishes aren’t ignored.  In our case, it was a matter of balancing all options #1-5 in such way that the market would not be greatly disrupted, we would have art we loved to look at until we died, but neither we in our dotage, nor any of our children after our death, would be burdened by the prospect (or actuality) of having to deal with such a large collection.

It is up to you to make the same sort of plans and decisions – whether you have the freedom to take your sweet time about it or not.

The pope emeritus has written a letter to prominent Italian atheist Piergiorgio Odifreddi, rebutting Odifreddi’s critique of Benedict’s theology. And in it he displays an appreciation for science fiction.

An interview with L. Starfyre, author of “risqué and not for the timid” SF Romances, on inclusion in the What Lies Within anthology