Home Fantasy When is a Door… 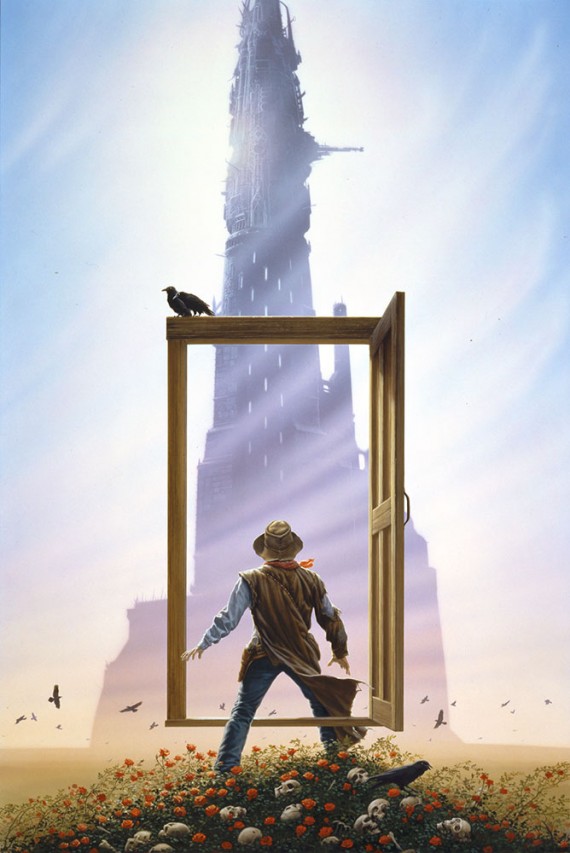 When is a door not a door? When it shows up in science fiction or fantasy.

A couple of weeks ago I wrote about windows in science fiction, but doors are just as important and have even more potential. A door is meant to be traversed and in a science fiction or fantasy setting what you get on the other side of the door can be surprising and wondrous.

Naturally, a door does not have to be a physical thing. Doors can be metaphorical as with Aldous Huxley’s Doors of Perception. Written in 1954 this short book detailed Huxley’s experience with the drug mescaline and the insights he experienced because of it. The doors in question were within Huxley’s mind and closed to certain insights until the drug forced them open. 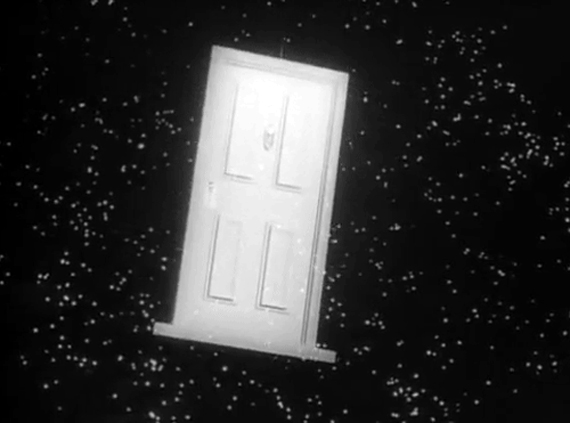 “You unlock this door with the key of imagination…” intones Rod Serling during the introduction to The Twilight Zone. Indeed, Serling’s show was a doorway into another realm that viewers went through each week.

Physical doors in science fiction are usually different from regular doors, sometimes wonderfully so. The most famous example is from Robert Heinlein with his classical description: “The door irised open…” which suggests the door is no run-of-the-mill wooden construction but something technologically wonderful and otherworldly. In the movie Forbidden Planet the doorways in the underground Krell city are a weird shape which gives only a hint of what the Krell, unseen and undepicted in the film, might have been like.

The doors of the starship Enterprise on the various Star Trek iterations are distinctive as well. They slide open with a distinctive hissing sound. They also seem to be slightly psychic and prescient as they only open when a character actually intends to go through the door. 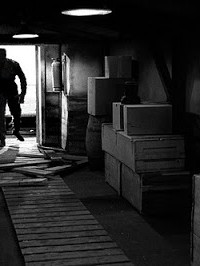 Closed doors are a mystery. We can’t help wondering what is on the other side of them. Is it a beautiful vista as when Dorothy opens the door to her farmhouse to discover the technicolor wonder of the land of Oz, or a terrifying menace as in the 1951 version of The Thing From Another World where the door opens to reveal the alien in the form of a heavily made-up James Arness?

Doors opening slowly in movies are classic tools to fill the viewer with a sense of dread and anticipation. We desperately want to see what is on the other side of the door but are also afraid of what we’ll find there. 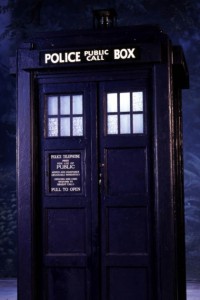 Doors don’t even have to take you to another place. In science fiction the possibilities are endless. Doors can take you into other dimensions or other times. Robert Heinlein’s novel The Door Into Summer is a classic example of a door that takes one through time rather than through space. On that theme, who would not want to pass through the famous blue doors of the Doctor’s TARDIS on the British series Doictor Who? Those doors lead one into another dimension where occupants can access all of space and time. How disappointing would it be to open those doors and discover an ordinary Police Box full of nothing but splinters and bad smells?

Doors represent possibility and, as we all know, in science fiction and fantasy the possibilities are always endless.

If you could open any door, where would you want it to lead to?