Duncan Long knew by the age of four what he wanted to do—draw spacemen.

Even with such youthful foresight he could not have imagined that he would one day turn out to be one of the eminent science fiction illustrators and art director for the rebirth of the first science fiction magazine, Amazing Stories.

From drawing fanciful space battles with pencils and crayons, for which he added captions and sound effects, Long’s illustrative career spans the gambit of mediums and palettes. “By the time I was in the first grade I was creating small books,” he says. “In high school I often created banners and artwork for various projects.”

It didn’t take long for his boyhood friends to realize when they were camping Long could tell the best ghost stories beyond the pale, guaranteed to frighten even a diehard horror devotee. “I would improvise them to generally include buckets of gore, ending the tale with a heart-stopping yell, delivered at the critical moment,” he remembers fondly.

The road to prominence is often beset with detours. Long had a major deviation on his artistic journey. Where most people might consider a master’s degree in music and nine years teaching meaningful achievements, Long contemplates where he might have traveled with his art if he had only met a motivated guidance counselor who might have suggested he concentrate on his already obvious skills. He tells himself it’s probably a mistake to dwell on what might have been, but he does, all the same.

In any case, all three disciplines—art, writing and music—often come to play in his creative process. He still plays on occasion and even shares his music on various social media. Like many writers, screenwriters, in particular, Long visualizes what he writes. He defines the processes of writing and illustrating as a single mental composition. He says that being able to write and illustrate opened many doors when he was first starting out. “Publishers were more apt to hire me when they learned I could furnish articles and books that were already illustrated,” he says. “It’s possible I would never have gotten into publishing without this one-two trick.”

Today, within the confines of his Manhattan, Kansas studio, Long is content with his chosen job description of writer-illustrator. “I don’t know why it is that a lot of artists shy from claiming to be illustrators, perhaps because they think it a bit mundane,” he says, “but I like this description for what I do for a living because my artwork almost always is connected to a story or article. There is a drive to create, and art and writing seem to be how I do this.”

Perhaps it’s the musician in him that keeps Long’s writing and illustrative skills in tune with the latest technologies. He relates that since he was already using computers for his writing, as processing speeds increased he was able to easily adapt to digital painting. “I jumped in with both feet. I boxed up my straight edges, pens, brushes, and other tools, and never used them again. Looking back, it can be a little sad, but the benefits of digital keep me from shedding too many tears.” 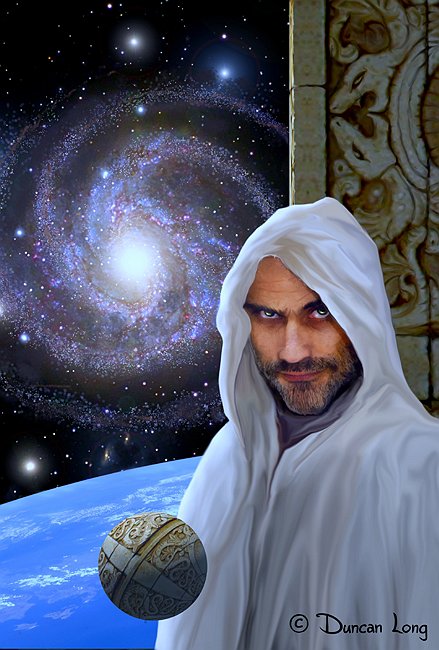 Long says that while illustrating with computers has enabled him to quickly navigate through multiple and quickly changing deadlines, there are still challenges. He believes the need for speed often results in projects going to print when taking the time to percolate a bit longer might have been the better approach. “Sometimes you just need to have a bit more time to rethink and rework things,” Long says.

He says another challenge in today’s illustrative world is some publishers think artwork is better accomplished by committee. “They’re like little Napoleons who want to dictate all sorts of little changes—often to the detriment of the artwork—that results in compromises being made that hurt the balance and appearance of the painting. It’s always sad to start with a beautiful concept and see it become a monstrosity during the committee process.”

The other extreme, he says, is when clients show a rough draft of what they want to their secretary or teenage daughter. “From that point on it often spirals into complete chaos,” he says. “Fortunately, these two extremes aren’t the norm, but it happens from time to time and can be pretty discouraging.”

Within the artistic community, Long believes many traditional artists look down on digital illustrators because they either don’t know how to do it themselves and may be somewhat jealous, or they have the notion that with digital it’s simply a matter of, “…turning on the computer, tapping a couple buttons and out pops the artwork.”

Having evolved from traditional art, Long does appreciate the talent it takes to work with other mediums. “And then there’s an actual physical result you get to hang on a wall,” he says, “which digital art can’t duplicate, except for prints, which just aren’t quite the same thing.”

Another advantage that today’s digital illustrators, who work within the social media realm, have over their processors is the ability to find potential clients worldwide. Because many of his assignments are generated through word-of-mouth, Long spends the beginning of his days bouncing in and out of Facebook and answering e-mail. He believes that while judicious use of social media is a valuable tool, success is still dependent upon delivering the product the client wants.

Digital also enables the illustrator to work simultaneously on multiple projects. “I usually work on several projects during the day, sending each of the rough drafts> of pictures to clients to be sure I’m headed in the right direction. A plus of digital art is that it allows quicker production and also comes with an undo key that brings down the cost of experimenting. This allows me to try new techniques and layouts that often yield unexpected and useful results, which just wouldn’t happen if I were working with traditional media.”

Talent in digital design and the most valuable form of advertising, positive word-of-mouth, has resulted in a niche for Long that is perfectly suited to meet the growing demand of self-published writers.

Most new authors would be hard pressed to come up with unique, professional looking covers for their books. Long has become adept at working with fledgling science fiction, fantasy and crime writers, one of which is Martha Fawcett. “Duncan designed four beautiful covers for my science fiction books,” she says. “All are different, yet he managed to create a theme through color and font type that links all my books. These subtle identifiers of linking of the books with visual clues are important because readers begin to associate a ‘special feel’ or look with Martha Fawcett books.”

Fawcett says when she first began working with Long she knew nothing about cover design. “He was willing to explain the details about what constitutes a good cover and encouraged me to simplify my ideas,” she says. “I believe the covers will stand the test of time.” 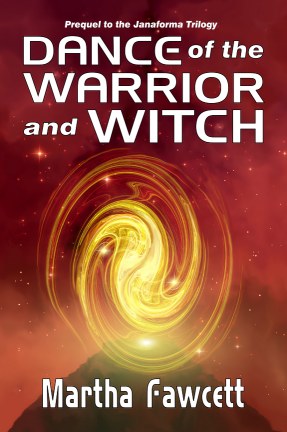 She explains the process in working with Long: “Work on the cover is broken down to the background, the foreground, and finally the font types. Developing the cover in steps is helpful to me as I watch my original idea evolve into an iconic book cover.”

From Long’s perspective on working with an author on their cover: “If the cover is going to work, the basic idea goes into place quickly. Generally, the faster the work goes the better the cover illustration. When things bog down with lots of changes, whether on my part or the client, with rare exception it is to the detriment of the illustration.

Oddly, a highly detailed picture can be produced quickly with a computer because it can handle some of the grunt work of texturing surfaces as well as permitting sprays of leaves, pebbles, grass, etc. So, a picture with thousands of small individual components can be put up onto the screen in just a few minutes, where it would have taken hours to do with a real brush and paint.”

Sometimes Long believes writers and publishers seem hesitant to fully trust the illustrator, often spending good money to hire skilled artists only to box them in with “hackneyed” changes that result in “mediocre” covers that do not serve the book well. “Usually, though, clients have good ideas of what they want,” he says, “and I’ll have some questions about clothing, character appearance and so forth. From there I’ll often make some sketches and once we’re all on the same page, I start on the finished illustration. I work in layers so it is pretty easy to shift, resize and change things along the way.”

April Rane just went through this process with Long for her detective novel, Louisiana Lady, The Magnolia Murders. “First of all, as an artist, Duncan, from the very beginning was easy to work with,” she says. “When I picked a model from the work he had online and told him what I needed, he wrote a detailed letter to me with prices, artistic suggestions and information about his contract. Throughout our work together he was congenial, helpful and co-operative. I am thrilled with the finish product.” 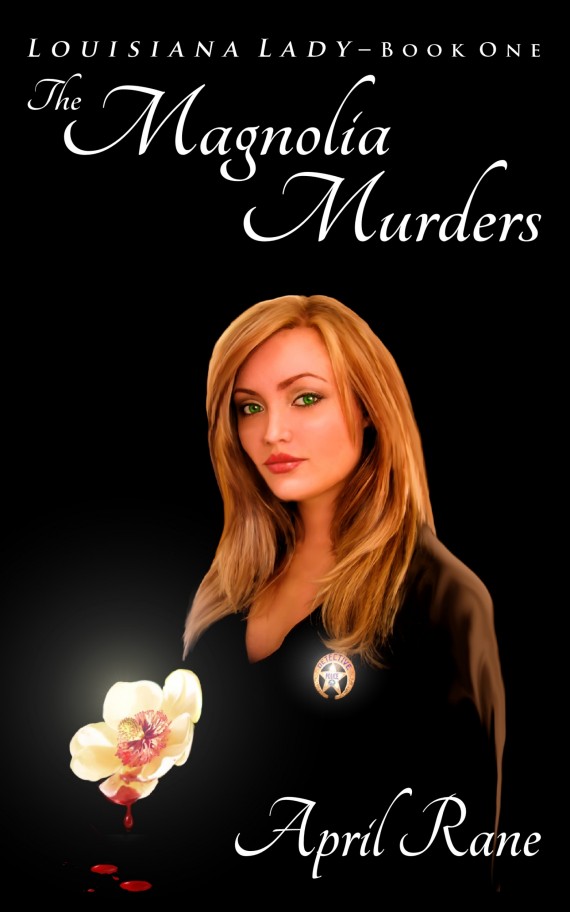 Long feels he’s always in the learning mode and continually challenges himself to work in every genre as opportunities present themselves. One opportunity he didn’t wait for but actively pursued was Amazing Stories. “Several years ago, I contacted the company that I thought had the rights to it with an offer to act as the art director and help restart the magazine,” he says. “I was interested because it had a long history with many celebrated artists and writers having showcased their work there.”

When he didn’t hear back from anyone he moved on. Then last year he discovered Amazing Stories was indeed making a comeback under the leadership of Steve Davidson, who now owns the rights to the magazine. “I contacted Steve about doing artwork for the magazine and after submitting some of my work that was ultimately used, he asked me to act as the art director for the new launch. Of course, I jumped at the opportunity since I would like to play a part in seeing Amazing Stories become the powerhouse it once was.”

As an unpaid staff member, his contribution is truly an act of love. He works on the magazine’s layout and overall look. “Right now, I make sure various articles and stories have artwork,” he says. “Many authors submit their own graphics, but a few do not and we try to supply artwork for those. It’s a little sticky because artists, like the rest of the staff, are working for free until the magazine starts generating capital. But given the name of the publication (and bragging rights in having some connection to it), we have a small group of very able artists.”

The career path ahead, as Long sees it, is still wide open. “In some ways, I’ve realized about all my dreams as a kid. I’ve had some science fiction novels published and done a boat-load of illustrations for fantasy and science fiction magazines and books. If I could have sat down when I was in my early teens and picked a way to spend my life, it’s very likely I would have done just what I’m doing now.”

Then there’s that other dream.

“I’d still like to be part of a Hollywood blockbuster, maybe write a best seller. Otherwise, I’m doing what I like and hope to continue to do so until they lower me into the ground.” 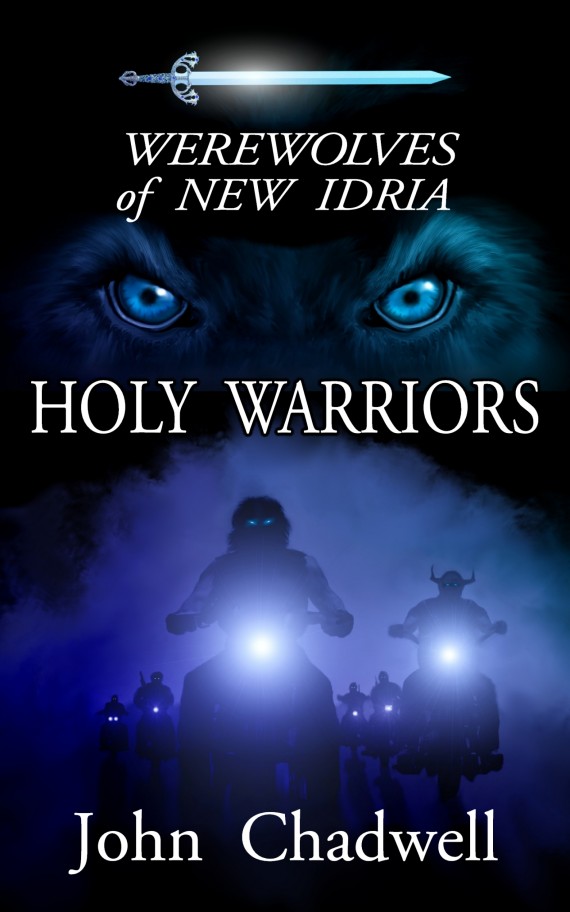