In case you missed it, a recap of of the Season Two opener of Hannibal 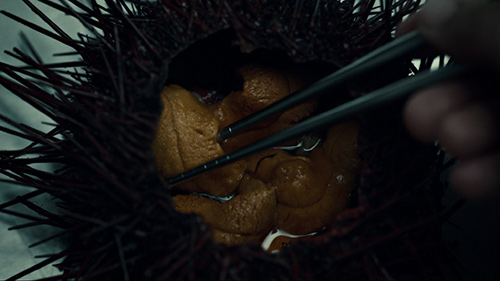 On Hannibal, meals are intricately prepared, expressions of art as much as nourishment. They also, every single time, evoke not just meat but parts of the human body (I think we all know why). This sea urchin (uni) looks as much like a bowl of tongues as seafood. 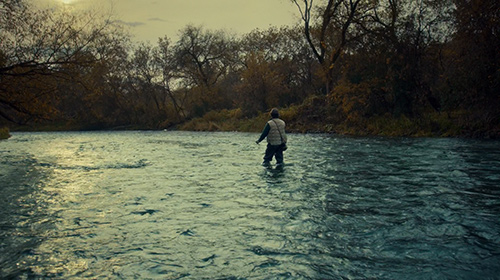 Few current shows, especially on network TV, do wide, establishing shots with the skill and beauty of Hannibal. 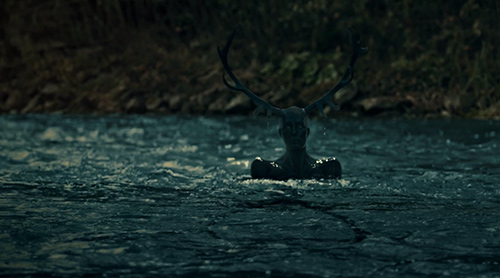 True Detective wasn’t the first show to work with antlers on humans/humanoids as a key image. This sort of figure—seen here by FBI profiler Will Graham as he goes to his quiet place in his mind—is common. 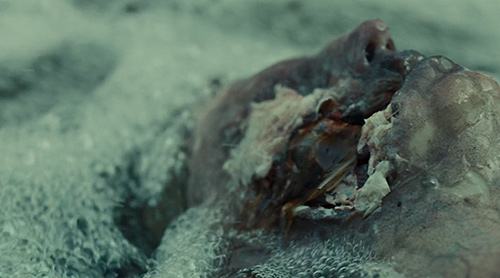 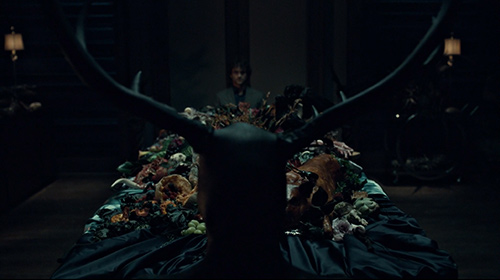 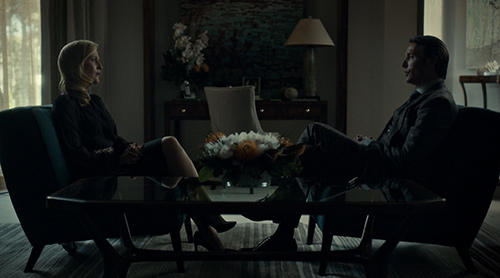 The most common scenario in this series, and maybe its most common shot, is two people, facing each other over a desk, body, meal, or just some space. In this case, Hannibal (Mads Mikkelsen) consults with his therapist, Dr. Bedelia Du Maurier (Gillian Anderson). The series turns, essentially, on these confrontations, these low-key, polite, barely restrained battles of will and wit. Hannibal is rarely outclassed, even more rarely matched. 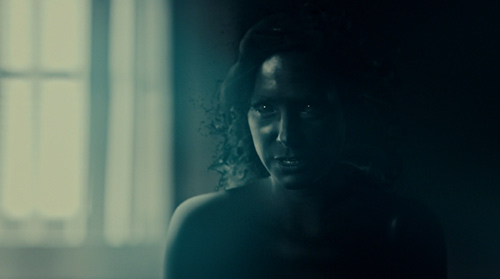 For a series about serial killers—people often driven by malformed sexual urges—there’s surprisingly little sexuality or sensuality on the show. This is what passes for a sexual fantasy for Will Graham. 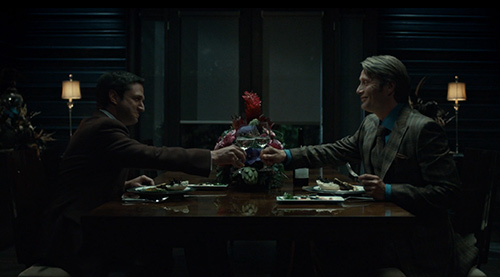 In most of these battle-of-wills scenes, the people sharing the screen with Hannibal are nothing but victims and we wait only to learn when they will discover it. Notice here that even when having a supposedly civilized meal, Hannibal always has a weapon at hand. 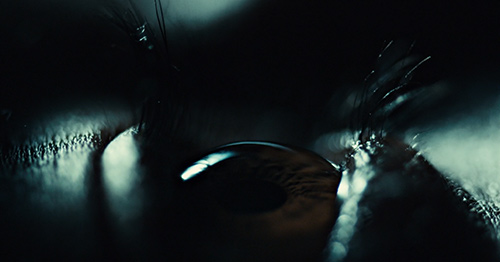 Hannibal uses close ups so effectively, both to set moods and to establish themes. I suspect seeing will come to be a major issue this season. Will has seen Hannibal for who he is. Everyone else can’t see Will clearly, nor can they see Hannibal. This killer they’re tracking in this episode seems interested in seeing as well. 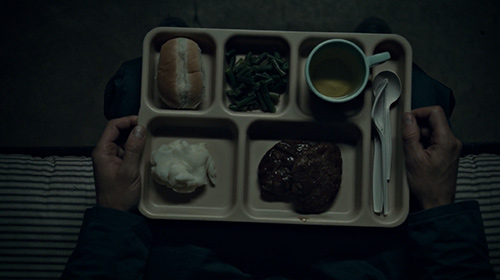 Again with human-looking meat, this Salisbury steak resembling nothing so much as kidneys. Is Bryan Fuller a vegetarian? Can anyone in the cast eat meat after filming these episodes? 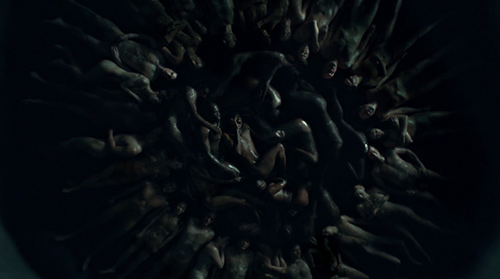 Stark horror: a man wakes up to find his body fused together with silicone, surrounded with others in the same predicament (though they, mercifully, appear to be dead). 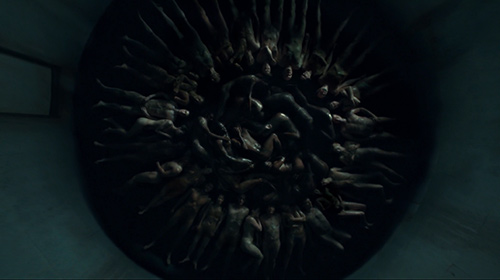 Seeing again. We end the episode pulling back, pulling back to reveal the handiwork of the killer, the way he’s arranged his victims at the top of a grain elevator: in the pattern of an eye.

Catch up on these bingeworthy videos from Dust

Quantum travel may leave something behind