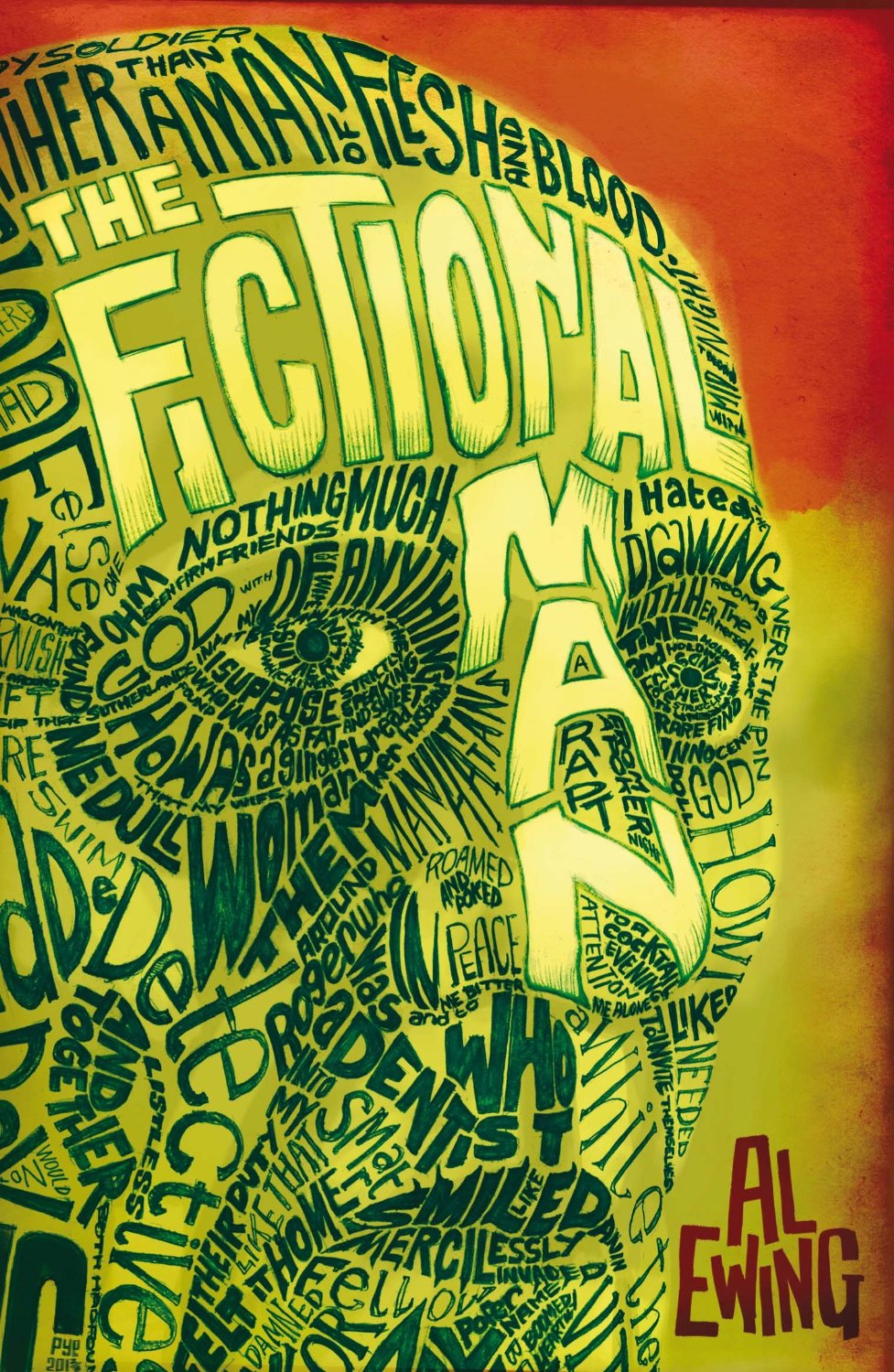 Niles Golan is an ex-pat Brit in Hollywood. Never grown-up, he narrates his life with an internal monologue transforming his everyday inadequacies into triumphs. Niles is his own fictional creation: to himself, a genius novelist akin to the young Thomas Pynchon; to everyone else, the hack who writes the popular Kurt Power adventures novels. His ambition is to launch a movie franchise, but to get the chance he has to pitch a remake of his teenage-self’s favourite film. This should be a dream, except everyone at the studio is clueless and Golan realises that his once beloved movie is horribly dated, sexist, homophobic and racist.

The Fictional Man, published by UK the UK’s Solaris Books, is based on an impossible conceit, one of those high concept movie-friendly ideas where one aspect of reality is altered from our world but things continue just the same. Absurd, but depending on how well it’s done we buy into it for the duration. Here it is generally very well done. Al Ewing is a breathtakingly clever writer and his conceit is that human cloning was perfected decades ago but then outlawed because everyone is entitled to their own unique identity. Fictionals are not clones but tube-born people, genetically designed and psychologically programmed to embody the part of particular characters in hit movie or TV franchises.

Golan’s best-friend, Bob, was created to play the public domain character The Black Terror. Niles’s ‘therapist’ Ralph only feels real while acting out the role he played on a cancelled TV show. Then there’s Liz, who may be Fictional, or perhaps just part of the scene. And Sherlock Holmes is investigating the murder of… Sherlock Holmes.

There’s just one aspect of the conceit which doesn’t work. Ewing postulates a career and life destroying taboo against womb-born people (ie you and me) having romantic or sexual relationships with Fictionals. It’s a device for addressing prejudice, but it doesn’t work as fiction since a large part of the attraction of movie stars is sexual. Audiences don’t make hits of films featuring stars they feel nauseous fantasising about. Curiosity alone – forget lust – would produce an endless line of volunteers eager to discover what those perfect genetically engineered Fictional icons of the silver screen were like between the sheets. It’s a major conceptual flaw in an otherwise exceptional novel, a book which begins as light comedy and becomes increasingly strange and audacious.

The subplots slot into place like a finely-honed screenplay. It’s ultimately even rather moving. The dialogue is sharp and Ewing delights in perfect pastiches of everything from the Onion AV Club to a mid-20th Century Collier’s story. In a world where everyone is acting even when they’re not, Niles’s quest explores the ambiguous nature of fiction and the personas people adopt. With its layers of unreality, inner voices, stories within stories, revelations, drugs, paranoia, betrayal and even in its California setting, The Fictional Man reads like the meta-fictional, post-modern, pop-cultural, hyper-referential heir to Philip K. Dick.

“‘Is there a movie?’ Niles hadn’t heard. ‘There will be. There always is.’” It will be directed by Michael Bay and star Ben Stiller, Tina Fey and Robert Downey Jr as Sherlock Holmes. Ridley Scott will produce. It will be reviewed as a monumental folly, the new Last Action Hero. In thirty years it will be considered a cult classic and we will all deride the dumbed down remake.

This is a revised version of a review which originally appeared in Vector #274. It is reprinted here as an introduction to my interview with Solaris and Abaddon Books editor Jonathan Oliver, which will appear on Amazing Stories next week.