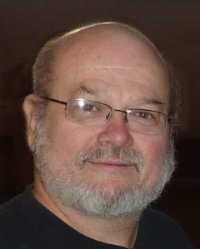 Amazing Stories: So tell us a little Bit about yourself?

H. David Blalock: I’m a writer of speculative fiction for the most part. I’m old enough that I can say I was born before what used to be called “the space age” but not so old as to personally remember who was president before Eisenhower. I’ve spent time in ditches, on power poles, inside electrical substations, AC ductwork, boilers, and megawatt generator engines. I’ve jumped from an airplane, crawled into a cave with minimum equipment, won my division in a drag race, did artwork for theatre programs, edited magazines, done a few interviews myself, and wrote a screenplay that was made into an independent film. In short, before the age of sixty I was an unmitigated fool, but what incredible fun! I can’t see stopping now.

AS: Tell us about your books

HDB: I currently have several novels in print. My latest work is an urban fantasy series I call the Angelkiller Triad, published by Seventh Star Press. The books (Angelkiller, Traitor Angel, and Doom Angel) deal with the answer to the age-old question “why do bad things happen to good people?” which is simply that, in the war between the Angels of Light and Darkness, the Dark won. Since then, the Enemy has taken over and convinced humanity they are the Light. The books follow the story of Jonah Mason and his team who are working to expose the Truth by carrying out a behind-the-scenes war that is now stretching into virtual reality.

AS: What is your favorite genre to write in? 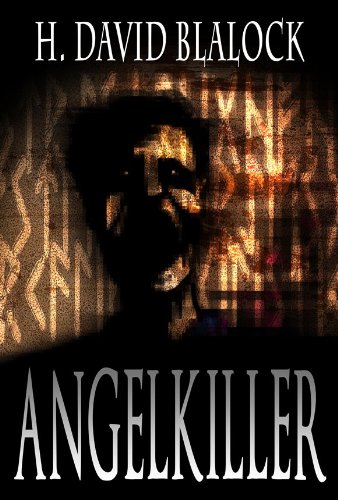 HDB: That’s a really tough question. It depends a lot on my mood, but for the most part I just enjoy telling tall tales. After I’ve finished writing, I look at what I’ve done and then figure out what genre it fits. Of course, I sometimes write for a particular market, but my favorite stories are usually the toughest to sell because they don’t fit anyplace in particular.

AS: Are any of your characters in the books like you?

HDB: All writers put something of themselves in their characters. I don’t think it’s possible to avoid it. I like to think the heroes of my work reflect the best of who I am and the villains display the worst. It’s a little disconcerting that I have to exaggerate the good for the heroes but sometimes have to downplay for my villains. It could be that I am overly critical of myself, or that my definition of evil is more stringent than most. I have to leave it to the readers to make their own judgment.

AS: What is your next book?

HDB: I am currently considering finally writing a long-overdue vampire novel. Actually, it would be a re-write, as the novel was written several years ago and abandoned when the Rice vampires started proliferating in the market. My idea of a vampire went out of vogue for a long time — the bloodthirsty murdering monster — but I think it is coming back into fashion. The “pretty boy” vampire image hasn’t been totally abandoned (Stoker’s Dracula was no Brad Pitt), but the predatory nature is finally overcoming the emo image.

AS: Can we get a sneak peek?

She fell and cradled her broken bones, sobbing quietly, the gag falling out of her mouth. “I’m sorry, sorry,” she said. “It’ll never happen again.” Mercadie grabbed a handful of that gorgeous hair and yanked her around to look into her face. His voice was glacial. “No, it won’t. The next time, I’ll break your fucking neck.” Her eyes flew open and she saw for the first time just what he really was. Until now, she might have convinced herself she worked for a singularly ruthless pimp, a street hustler who was feared and respected in all of the River City for his unbending adherence to his own code. Morgraine had used his name and his reputation to carve herself a niche in the upper class of New Orleans as one of the more preferred of the high-priced call girls. Until now, she had merely worked for a man, someone she always felt she might eventually be able to control. What she saw in his eyes made a shark look docile. She saw emotionless, dispassionate, unreasonable death. “You picked a particularly bad time to piss me off, my dear,” Mercadie said, turning his attention back to the street below. No one had noticed them, nor would anyone ever be likely to. New Orleans was as impersonal after dark as the prostitutes that strutted her streets. “I have to make a trip tomorrow, and my driver is indisposed.” He turned to look at her over his shoulder. “He thought he could make a little money on the side moonlighting as well. He won’t be driving anything for a very long time.” Morgraine shivered at the grin he gave her.

AS: Do you need special conditions to write?

HDB: Not really, but I prefer to be able to sit outside on my porch with a good cigar, a glass of fine single-malt, and my pen and paper. When it rains, I sit under my garage and listen to the frogs while I write.

AS: Are you a typer or longhand writer?

AS: Who inspires you? 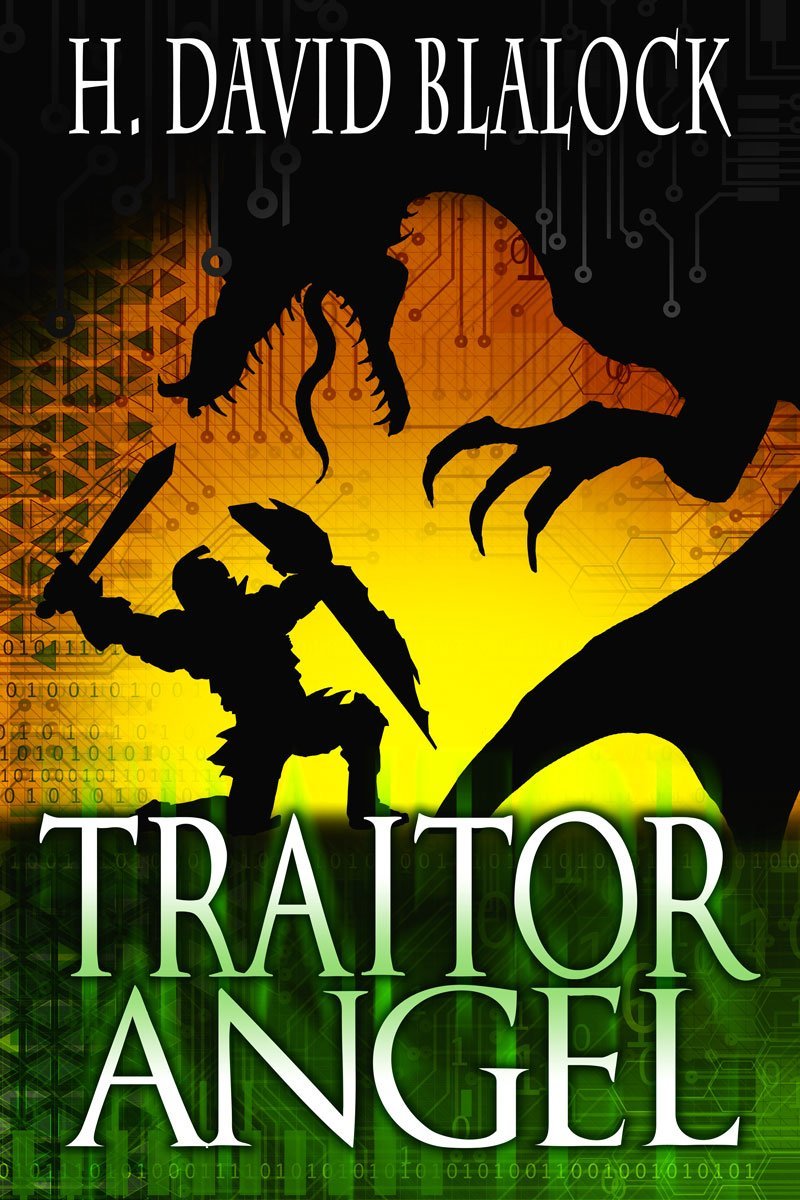 HDB: I still find the writers of the first half of the 20th century the most fascinating. The pulp writers of the ’30s and ’40s gave us such a rich heritage of heroes and villains, pioneered what we call genre fiction for the mass markets, that they left an indelible impression on me. Reaching into the science fiction of the ’50s, the experimental fiction of the ’60s, the horror of the ’70s and the fantasy of the ’80s, their stories created ideas that we used over and over again as inspiration for countless stories, books, and movies. By the time the ’90s came along, it was tough to find anything original. The human experience does appear to have its limits, but I find that the limits are constantly being redefined in ways unimagined by those pioneers.

AS: Authors who influence your writing?

HDB: I really can’t say who is the foremost influence on my writing today because I have so little time to read. The list above I find more than sufficient. However, there are a couple of writers I enjoy when I do have the time. Clive Cussler, Michael Crichton, Dean Koontz are a few.

Favorite writing snack? Potato chips. Any variety. In any quantity above half a bagful.

Favorite Song? Anything by the Moody Blues after they signed with Decca, or Pink Floyd if I’m writing horror.

Favorite vacation spot? There’s this beach in the Republic of Panama where my wife and I used to spend a lot of time. I can’t swim a lick (I do float well, however) but I do love listening to the surf and watching people try not to drown.

Favorite beverage? 12-year old Glenfiddich, straight or rocks. Anything else is uncivilized. In a pinch, I’ll settle for Guinness ale.

Favorite books? Stranger in a Strange Land, The Demolished Man, Traveler in Black, the Myth-Inc series… hard to stop.

Favorite Movies? For horror, The Haunting (1963 version). Still gives me chills. Saw it first time when I was 12. For science fiction, Forbidden Planet. Wonderful and stands up even today. Walter Pidgeon was masterful. For fantasy, the Tim Burton version of Alice in Wonderland. I know everyone raves about the Lord of the Rings movies. They are a fantastic and faithful rendering of Tolkien’s work, so they don’t need me to hype them.

Favorite TV Show? Now that I have come to grips with the fact Firefly is gone, I have recently become attached to the Syfy series Haven. Although I’m not much of a Stephen King fan (I find everything he wrote after The Stand a bit annoying), the series has just enough of the bizarre to keep me interested. Although the writing is often very weak, the actors are good and the characters have a lot of promise.

Thanks for giving me the chance to connect with your readers.