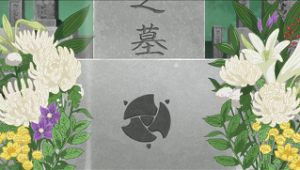 Samurai Flamenco #7 — Masayoshi’s reaction to learning how his parents really died is a great deconstruction of the orphaned hero trope, all the more so because he’s aware of the trope. It’s also the first time he’s called out a trope and realized he doesn’t want to live it. It’s a chance to see just how much he’s matured since his first outing. That was the best scene of the series so far.

And then… holy crap.

Well, they promised us this series would be SF, and by golly, it’s made good on the promise. But just what the heck was going on there? I can think of three main possibilities:

A) It’s all a trick, prearranged as part of the publicity stunt. But if that’s the case, Masayoshi and Goto sure weren’t let it on the joke. And if it was all just staged under the normal laws of physics, I can’t think of a way they could have faked the gorilla transformation or the decapitation.

B) It’s a dream sequence. Or some kind of hallucination brought on by fumes in the drug lab, or the American tequila, or some kind of contamination on the body of the drug dealer Masayoshi and Goto encountered the previous night. In which case all this theorizing is pointless, and all the audience can do is wait for the cop-out to happen and then scream and shake our fists impotently in the general direction of head writer Hideyuki Kurata. (Incidentally, Kurata was also responsible for Read or Die, which combined some truly bizarre elements with a fine story.)

C) It really happened. A man really transformed into a giant gorilla with a guillotine in its midsection, massacred a SWAT team, and then exploded, and King Torture really exists and is really challenging Samurai Flamenco to a fight. In which case, why right now? How does his minion just happen to be present at the one drug raid that Samurai Flamenco shows up for?

I’m thinking events really were manipulated, but not by anyone on the police force. No, I’m turning a suspicious eye toward Mr. Kazuo Hirai. You know, the guy who allegedly was a good friend of Masayoshi’s grandfather, but who Masayoshi never met until after his grandfather’s death? The person who’d been watching over the box of Samurai Flamenco material that Masayoshi received on his birthday? And who seemed to be checking whether Masayoshi had gotten to the part about his parents’ deaths yet at the start of the episode?

It feels like King Torture is part of a plan that seems to have been in motion as far back as when the parents’ gravestone was made. To what ultimate end, though? At this point I’m ready for anything up to and including an existential threat to the entire human race to show up by the end of the series. 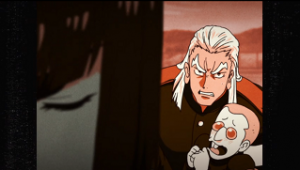 Kill la Kill #8 — Time for Ira Gamagoori to take his turn in the spotlight as Ryūko’s next major opponent. First there’s some more Tokugawa paralellism, with a flashback to Satsuki’s days travelling the country, collecting the allegiance of local student council presidents, and then a look at Gamagoori’s fighting moves, which… um… yeah, there’s not really anything there that needs deep analysis, is there?

I know, let’s talk about the Four Heavenly Kings! They started off in Hindu mythology as the four protectors of Indra, but came to Japan and China with Buddhism as the guardians of dharma. Take a look at their major attributes, and it’s pretty clear the Elite Four of Honnōji Academy are based on them: 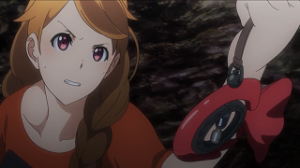 Galilei Donna #7 – Giving up the goldfish amulet to get Materazzi to go away, the sisters (or at least two of them) resolve to press on anyway, to Japan! The magical land of fascinating customs and amazing candy! Is it being oversold a little?

This plan requires finding some way to repair the Galileo out in the wilderness of central Russia, which I guess means that next episode is when they decide to join forces with the Black Ganymede, after the Pirate King declares his love for Hazuki and gets slapped for his impertinence. 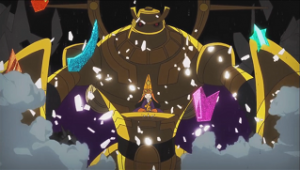 Kyousougiga #6 — Everyone has figured out now that Koto the girl is probably the daughter of Koto the rabbit and the earlier Myōe, and now the problem is to figure out where Inari fits into things, since he seems to be younger than the man that Yakushimaru, Yase, and Kurama recall as their father.

One possibility is that he wasn’t the original Myōe either, and reverted to his earlier appearance after passing that on to Yakushimaru. Inari might have spent some time as a fugitive from the Shrine, much like the man hiding among Shōko’s cadre of scientists who we saw briefly a few episodes ago.

Now that they’ve suddenly hit on a way to pry the elder Koto loose from whatever interdimensional pocket her human form has been hiding in, perhaps she has some answers about that, or about this mysterious substance underlying the younger Koto’s hammer and the giant robot.

A veteran of the Robotech wars

The tale of an A-hole AI: the conclusion