This week I’m enjoying the concrete forest of the Upper Midwest, and learning about the latest gadgets designed to keep us safe from the forces of evil. Regrettably, my time is limited so I will only offer a few thoughts.

In science fiction, fantasy, and horror, there have been many tales written depicting good versus evil. Some might suggest that they have grown tired of such morality tales. They might argue that there is no such thing as good and evil. Perhaps there are only shades of grey that make up the vast array between the poles known as good and evil. While there may not be an absolute good and an absolute evil in the world, I am here to testify that there are examples of each. It seems sometimes that points of evil are easier to identify.

We all have seen examples of evil played out on television. We see the terror activities and the senseless killings. I was approached during my travels by a group from Africa looking for a technology for tracking kidnap victims. How sad it is to step back and consider someone desperately looking for a method to locate children and family members who have been kidnapped. I am told this is an epidemic in many parts of the world. 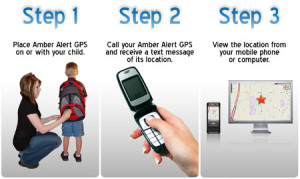 I personally enjoy reading stories that pit good versus evil or at least somewhat evil against pure evil. I like to see that good has a chance to win. Pushing my imagination into the real world and speculating on the battle versus evil, I like to consider pathways to utopia. While some may argue there is no true path there, there are things we can do to combat evil. Developing technology to allow law enforcement to locate missing children and family members is a start. Giving up some personal privacy and convenience might be the next step.

When I hear someone complaining at the airport about how long it takes to get through security, I have no sympathy. Think of the alternative. When the National Football League requires clear bags and searches to enter its stadiums, I think of the Boston Marathon bombings. When the government is reserving the right to spy on my communications, I shrug my shoulders and say I have nothing to hide. I probably already shared more on my Twitter account or Facebook page anyway.

Please give me more science fiction where good defeats evil. There is still much hope for the human race, despite the evil in the world. Let our children visualize a path forward where good wins. As someone once told me, “There is too much evil in the world. I want to escape from it in the stories I read.” I appreciate technology that can help limit the effects of evil and maybe one day defeat it. I enjoy many flavors of science fiction, but I’m a sucker for a happy ending.

Recently much has been printed about the new iPhone and its fingerprint technology. It actually caused a stir amongst some within the security community. Unfortunately, much of the stir was uninformed about fingerprinting technology. It has been around for years. Some computers even have physical security that requires a fingerprint scan. 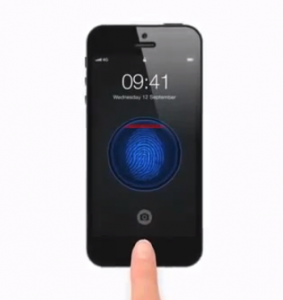 The technology offered by the iPhone is primitive at best. A fingerprint is a pattern of lines on your finger, obviously. The scan looks for the intersections of the lines and the transitions. These points are logged onto a grid. Then the locations of these points are converted into a single number. This then represents your fingerprint, and each of your fingers has a different number. As you might guess, your fingerprints can change through various physical accidents or modifications.

One single fingerprint, represented by a number, can match approximately thirty thousand people. That’s right. You and thirty thousand of your closest friends can each be identified positively by the same single number. Holy misidentification, Batman! That is why the FBI requires ten fingerprints for each person in their database. Every finger you add beyond the first reduces the chances of a false positive identification.

So back to the iPhone. The technology used to scan your finger is not the most accurate. The number generated each time you scan your finger will vary. If I scan my index finger fifty times, I may generate fifty different numbers on my iPhone (an exaggeration). Because of this, the software widens the window for a positive match to avoid locking you out. So now, fifty different numbers will be a positive match. If that is the case, then we could suggest that with this wider window and a single fingerprint, now 1.5 million people could use their index finger to access my phone.

If that were not bad enough, the resolution is low enough that certain hacker groups have already been able to prove they can bypass the technology with a printed reproduction of a fingerprint. At this point it becomes merely a nuisance security method. Something that prevents the casual “thief” from getting in, but anyone that is determined will get in easily.

Fortunately, there is much more sophisticated technology that allows for more reliable fingerprint reading and has some safeguards against spoofing. The iPhone and multiple Android apps will not supersede sophisticated hardware and software. 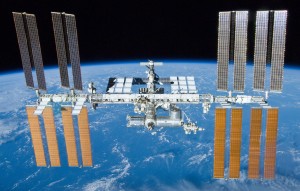 Some estimates put the number of scientists out of work (on furlough) at 180,000 with the government shutdown. Fortunately, the US government is allowing a few in NASA to keep track of the brave researchers in space, while their co-workers go on leave without pay. Besides these direct employees, think of the vendors, the shipping companies, and all of the other associated businesses that are now losing their income over this issue. It might seem a little pride could be swallowed to keep the ball rolling forward.

At times it seems a bit scary to consider how dependent scientific advancement is on the whims of politicians and the incessant election cycle. Funding for research is at times random and no more dependable than the wind.

Alas, it seems my musings have run on longer than expected. Fight the good fight. See you next week with something a bit more focused.