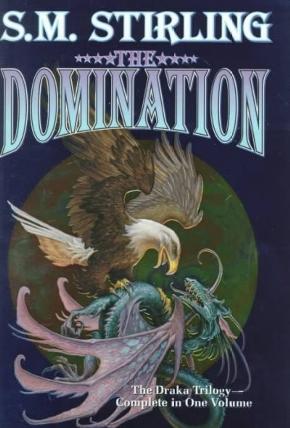 As I have noted in previous reviews, lack of plausibility alone is not a good reason to dismiss an alternate history book. The best of the genre teach us about history and people as well as telling a good story. It is impossible to describe the Draka books as plausible, but they do teach us, if nothing else, just how lucky we are to live in such a decent world. The world of the Draka is the dark reflection of our own world.

The core idea behind the series is that refugees from British North America settle South Africa (captured in the war) instead of Canada. This tiny band of refugees (and assorted immigrants, including refugees from the Confederate States after the end of the American Civil War) grows into a great nation to rival the United States. But there is a major difference between the two nations, one that defines the struggle that eventually ends in book 3. The Draka are the ultimate Master Race, a bare 1% of the population. Everyone else in their territory is a serf, a slave by any other name.

I believe that Stirling based the Draka at least partly on the society of Ancient Sparta (which is a fascinating area of history and well worth some study.) The Draka themselves are trained savagely almost from birth, with those who are defective isolated from the rest of the race and forbidden to breed, until even the merest Draka is a deadly enemy. Their military has a large reserve of manpower to call upon, one that compensates for its numerical weakness by being a raving meritocracy. Skilled Draka soldiers get heavily promoted; incompetents face barrack room justice. They are deadlier than the most dangerous units of Nazi Germany. Women serve on the front lines as equals to the men. The Draka cannot afford to apply gender prejudice to their war-fighting.

The serfs, by contrast, live highly restricted lives. They are legally nothing more than property (shades of Ancient Rome) and can be treated as their masters please. While overt sadistic behaviour is supposed to be controlled by social disapproval, the truth is that the serfs are permanently at the mercy of the citizens. The lucky ones farm, or work in mass production workshops; those who dare to rebel are impaled or sent to death camps to be worked to death. Being a male-dominated society, the Draka have no qualms about their young men having sex with serf women. Unlike western culture, young women chase men, competing with slave girls who literally can’t say no. (Women are forbidden from sleeping with slave men until reliable contraception is developed. Lesbian love affairs are very common among the Draka.)

Most of the serfs are deliberately kept ignorant of the world around them. The principle exception are the Janissaries, serfs armed and trained to serve as a bludgeon force for Draka expansion. They are the most atrocity-prone force in history – indeed, atrocities are keenly encouraged except when they might interfere with combat operations. You’d think that they would rebel, but they never do. The Draka have managed to keep a vast number of humans trapped in permanent bondage.

Stirling deserves credit for creating a truly strange culture, one that traps both slave and free population in its claws. There are ‘good’ Draka, including some characters that are more sympathetic than they should be, but even the ones who admit that there are flaws in their society are powerless to change it. Some of the serfs are effectively domesticated and don’t even think to question their position, others are all-too-aware that it could have been worse. One odd scene contrasts the treatment of a serf wench (serfs are referred to as wenches or bucks, further dehumanising them and separating them from the overlords) with the treatment of women in Afghanistan. I don’t see much difference between the two, really.

The first book in the Draka Series, Marching Through Georgia, introduces us to the Draka by sending them into war against Nazi Germany. This alternate Germany is led by Hitler and has already beaten Soviet Russia, becoming overextended in the process, allowing the Draka to stab them in the back by invading up from OTL’s Iran. In many ways, this is the best book of the series, with the neat small-unit action against the Germans.

Following on, Under the Yoke looks at an alternate France – occupied by the Draka, who are literally enslaving the entire population. By far the most harrowing of the books, it follows the lives of a handful of characters forced to watch helplessly as France is crushed below the feet of its new masters. There is limited ground for optimism as the Draka face the Alliance for Democracy, an American-led analogue of NATO, that is attempting to slip supplies to the resistance against the Draka. But the small victory they produce in no way impedes the assimilation of Europe.

The Stone Dogs takes a twist from the first two books in being spread out over several decades, as the Alliance and the Draka prepare for the final conflict. Both sides are developing superweapons and militarising space as fast as possible. The Draka are engaged in an effort to turn themselves into superhumans, while the Alliance concentrates on an antimatter-powered generation ship to take a small number of refugees to the nearest star. But rogue players on both sides trigger the final war. It probably is no great spoiler to note that the Draka win the war, bringing about the end of history. Some have claimed that Stirling cheats by allowing the Draka to win, but it is the logical end result of the series.

Drakon is a cross between a cross-time and time travel story, where one of the Draka superhumans is accidentally thrown across the timelines into our own universe. She is effectively a different form of life altogether from humanity and promptly starts trying to take over, opposed by a cop and a time-traveller from Samothrace, the world settled by the Alliance at the end of the previous book. The more interesting parts of the story are the bits set in the Draka home timeline, where we see the end result of the Final Society. The former serfs have been genetically engineered into servitude, turned into a race that is literally born and bred to serve the Draka. At first glance, their world seems idyllic, but it isn’t long before the reader realises just how warped and evil they are.

The Draka series introduced many of the tropes in alternate history, making the series more influential than most AH books out there. Massive armed airships, eternal empires and stable societies came from the Draka world. Stirling has a fair claim to being more influential than Harry Turtledove, even though Turtledove serves as most people’s introduction to AH.

Stirling does a good job of humanising the Draka (despite their evil) and of outlining his characters from the Alliance and Draka serfs. However, the same cannot be said for the Draka timeline itself. There are – thankfully – a number of issues with it, which have been outlined elsewhere. However, I will take a moment to mention a handful. 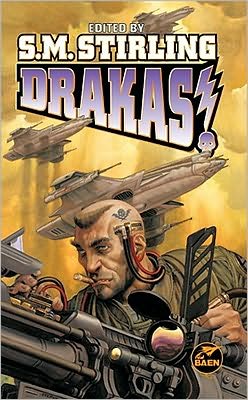 First and foremost, the Draka have an extraordinary run of luck, gestating down in Africa while the rest of the world runs along historical tracks. No one attacks the Draka; no one even seems to realise the threat they represent until the end of the alternate World War Two. States tend to react to threats, even potential threats from states that are historically friendly. The mere presence of the Draka should warp the geopolitical structure of their world. By 1850, perhaps earlier, states should be forming defensive alliances against them. The idea that Hitler would allow them to occupy Italy in 1941 is absurd. Hitler would know that they’d be a knife pointed at the heart of his world.

Second, the Draka are supremely competent, capable, and developed. They have weapons that are better than their opponents (Nazi Germany, the people who maintained technical supremacy until the end of WW2), better doctrine and even luck. Stirling does note that the Draka are historically weak in the pure sciences; instead of being ahead of the curve, they should be behind it. Their society is somehow able to make use of serf ingenuity without provoking serf revolts when the educated serfs realise how badly they’re screwed in the system. Soviet Russia couldn’t compete with the US; the Draka will be even less capable of staying in the race.

Third, the Draka expand far too quickly. Their population expands at awesomely high levels and they take large swaths of Africa which were historically lethal to Europeans until certain diseases were defeated. This rapidly becomes absurd – they leap forward and take Egypt during the Napoleonic Wars, and then refuse to leave…

Which leads neatly into the fourth point. Britain, the same state that banned the slave trade and did the most to stamp it out, tolerates the Draka treating their captive populations in ways that would make the worst of the CSA blanch. The Draka have extraordinary freedom right from the start.

Fifth, and most significant, the Draka are capable of holding literally millions of people in bondage and transplanting their society on top of occupied territories. This isn’t the easiest thing to do even if one is prepared to be utterly ruthless…and yet the Draka steadily grind down two-thirds of the entire world. The communist bloc and, to some extent, Iran’s regime tried hard to keep the population down and the price they paid for it was losing the willing cooperation of people who benefited from their own work. And in the end they fell apart. The Russians talked about the ‘Soviet Man.’ The Drake actually created a new form of human life.

And yet, there is something about the Draka series that makes it compelling. Stirling set out to create an anti-America, a state and a world where all the freedoms we take for granted are stamped out of existence – and eventually become unthinkable. Just as the Alliance slowly lost sight of why it existed, of why they had to stand up to the Draka, the West lost sight of why the Soviet Union needed to be opposed, or why the Taliban had to be fought, or why it is so important to stand up for those who cannot stand up for themselves. Evil wins in the Draka series because no one tried to stop it until it was too late.

Which is really the point, isn’t it?