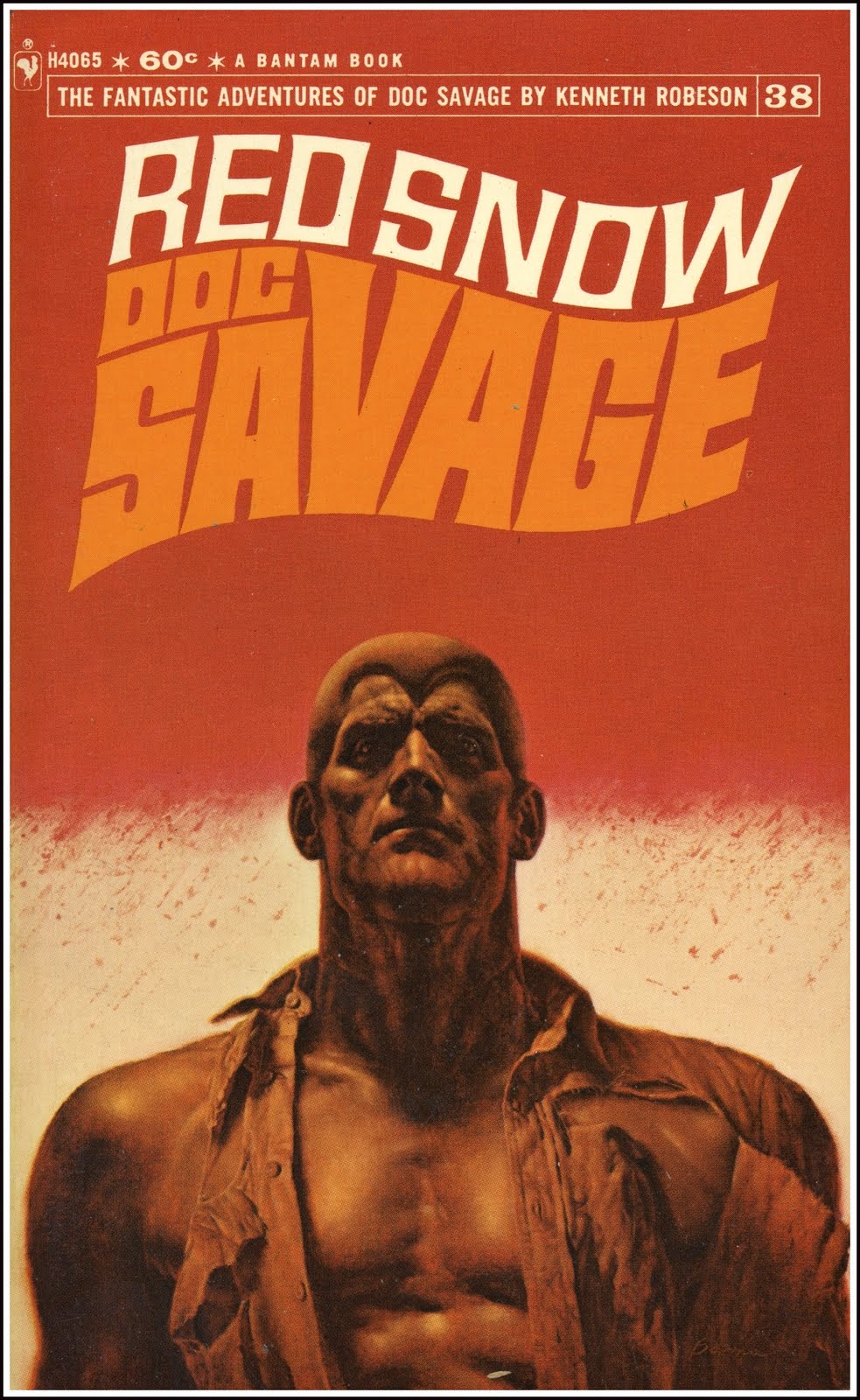 Rumor has it that Shane Black is writing a script for a Doc Savage movie that may come out in 2015. It has a good chance of introducing the greatest of pulp action heroes to a new generation of fans who, whether they know it or not, have already seen Doc Savage at work in at least three movies.

Doc Savage, as most of you know, is the charismatic leader of a group of experts who right wrongs and help people in trouble around the world. Doc Savage himself was a surgeon and polymath–a genius in a number of areas of study, including the law, linguistics, and nearly all of the scientists. Plus, he was at his physical prime, trained to an almost superhuman level by his father and a cadre of experts (all this before World War I). Doc’s adventures featured weird menaces of all kinds: a red snow that dissolves everything it touches, a deadly dust made of poisonous chitin of dead Panamanian insects, ancient Vikings, giant monsters in the Michigan woods, dinosaurs on remote islands, blue meteors that turn men mad, and underwater empires. His aides help him along the way.

Three movies have been made so far that uses the Doc Savage formula stated above: a charismatic leader who is an expert of some kind, who is assisted by a group of aides in defeating all manner of evil. And if Shane Black never completes the script to Doc Savage, it doesn’t matter. We’ve all “seen” Doc Savage in action. Here are three Doc Savage movies:

The Adventures of Buckaroo Banzai Across the Eighth Dimension (1984)

The Adventures of Buckaroo Banzai Across the Eighth Dimension is clearly a homage to Doc Savage with Peter Weller as Buckaroo Banzai, a modern-day renaissance man, a neurosurgeon like Doc Savage, a particle physicist, a rock star and comic book hero. His aides, the Hong Kong Cavaliers (all of whom play rock instruments), are Clancy Brown as Rawhide, Pepe Serna as Reno; Lewis Smith as Perfect Tommy, Jeff Goldblum as Dr. Sidney Zweibel/New Jersey, a neurosurgeon, and Billy Vera as Pinky Carruthers, a Blue Blaze Irregulars. As in the Doc Savage series, everyone is respected; there is a lot of banter and back-and-forth ribbing (similar to the exchanges between Monk and Ham in Doc Savage), and they fight a very weird menace from the Eighth Dimension. 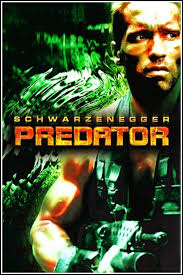 Predator starred Arnold Schwarzenegger as Major Alan “Dutch” Schaefer, a former Green Beret. And his “aides” were Carl Weathers as Dillon, a former teammate of Dutch and current CIA agent, sent along with Dutch’s team. Richard Chaves as “Poncho”, Bill Duke as Mac, Jesse Ventura as Blain (who has a massive super machine gun), Sonny Landham as Billy, a Native American tracker. Shane Black as Hawkins, the radio expert. True, all but Arnold survives the ordeal, but this movie shows how “Doc” uses his physical abilities (and wilderness knowledge) to survive. He also makes maximum use of his aides and all are up against a really bad “weird menace”. The Life Aquatic with Steve Zissou (2004)

Yes, Bill Murray as Doc Savage! Steve Zissou is a world-renown oceanographer who, with his team, has all kinds of adventures across the seven seas, and the movie deals with a weird menace of sorts: the quest for the giant, prehistoric Jaguar shark that ate Zissou’s friend, Esteban.

Zissou has a high-tech boat called the Belafonte and Zassou’s aides are Owen Wilson as Ned Plimpton/Kingsley Zissou (who believes that Steve Zissou is his father); Cate Blanchett as Jane Winslett-Richardson; Anjelica Huston as Eleanor Zissou (who generally funds Steve’s expeditions); Willem Dafoe as Klaus Daimler; Jeff Goldblum as Alistair Hennessy; Michael Gambon as Oseary Drakoulias, Seu Jorge as Pelé dos Santos, and Waris Ahluwalia as Vikram Ray, who films everything. A group of unpaid interns from the University of North Alaska call themselves “Team Zissou”. Each aide is an expert in their oceanographic field (including diving equipment, weapons, and marine biology). It’s most definitely a Doc Savage movie with a final assault and shootout, and an encounter with the Jaguar shark. Most of you haven’t seen this movie, but it most definitely has the Doc Savage model.

Let’s all hope that Shane Black makes a better movie than the Doc Savage movie that George Pal made back in 1975.

The Floor is made of Lava – The Future of Moonbases