I have noticed a trend in newer anime in the last few months: The completely open-ended conclusion.  To be fair, anime stories have always had a different flavor to their endings than Western cartoons, in my experience; seldom is everything wrapped up neatly and tied with a bow.  As my roommate said, it’s kind of conceited to end something that neatly when real life seldom works that way.  And she’s right – I think I’ve often gravitated toward this mode of storytelling because of its unique approach to the vessel that is “story.”

Kids on the Slope, Wolf Children Ame and Yuki, Wandering Son…all of these titles (and certainly others that I’m not thinking of) were made within the last couple of years, and they all end with a sort of “wait, that’s it?!” feeling.  Granted, these are all more or less slice-of-life stories, so perhaps it makes perfect sense that their conclusions aren’t exactly so conclusive.

Let’s take a look at Wandering Son for a moment, since I watched all eleven episodes of it just last Thursday (it’s a very easy watch, for sure).  The story follows Shuichi, a boy just entering middle school, and the concerns he faces as someone who would much rather be a girl.  This is the first time I’ve seen a transgender story approached as something serious in the anime world, and it is done with grace and respect.  Without giving too much away, within eleven episodes you are made to feel genuinely concerned for Shu and his friends, and then the story kind of…stops.  There are lots of loose ends and characters whose feelings haven’t been fully explored.  (Of course, we have to consider that the anime is going to be different from the manga, and I don’t know if the manga ends as abruptly; I’ll have to investigate!) 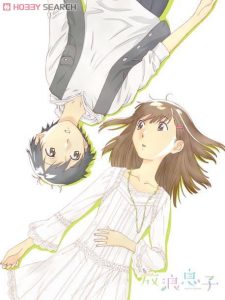 But in truth, what ending can you come to in a story like this?  Suddenly Shu is accepted by all of his peers and goes on to lead a wonderful life as a woman?  That’s not realistic at all.  And maybe the point of fiction isn’t to be realistic, but by adding the reality of uncertainty, a story like this allows viewers to speculate, allows them to relate, allows them to hope.

So the open ending:  It’s frustrating, especially as a Western viewer who might also be missing some cultural difference in story-telling (though I’ve been watching anime and reading manga for a long time, so I would be surprised if that’s my particular problem).  But I certainly don’t think it’s a bad thing; I’m just curious as to the seemingly recent trend.  In a medium so exalted for its ability to portray anything and everything one could desire, why go the realistic route?  Why not wrap up with a happy ending?  Or even a dismal one?  Is it a poor writing choice, or a style to be further analyzed?

Whatever it is, rest assured that I will be keeping my eye out for more abrupt endings in animanga past and present.  Maybe I’ll be able to eventually reconcile my feelings of loss from Wandering Son while I’m at it.